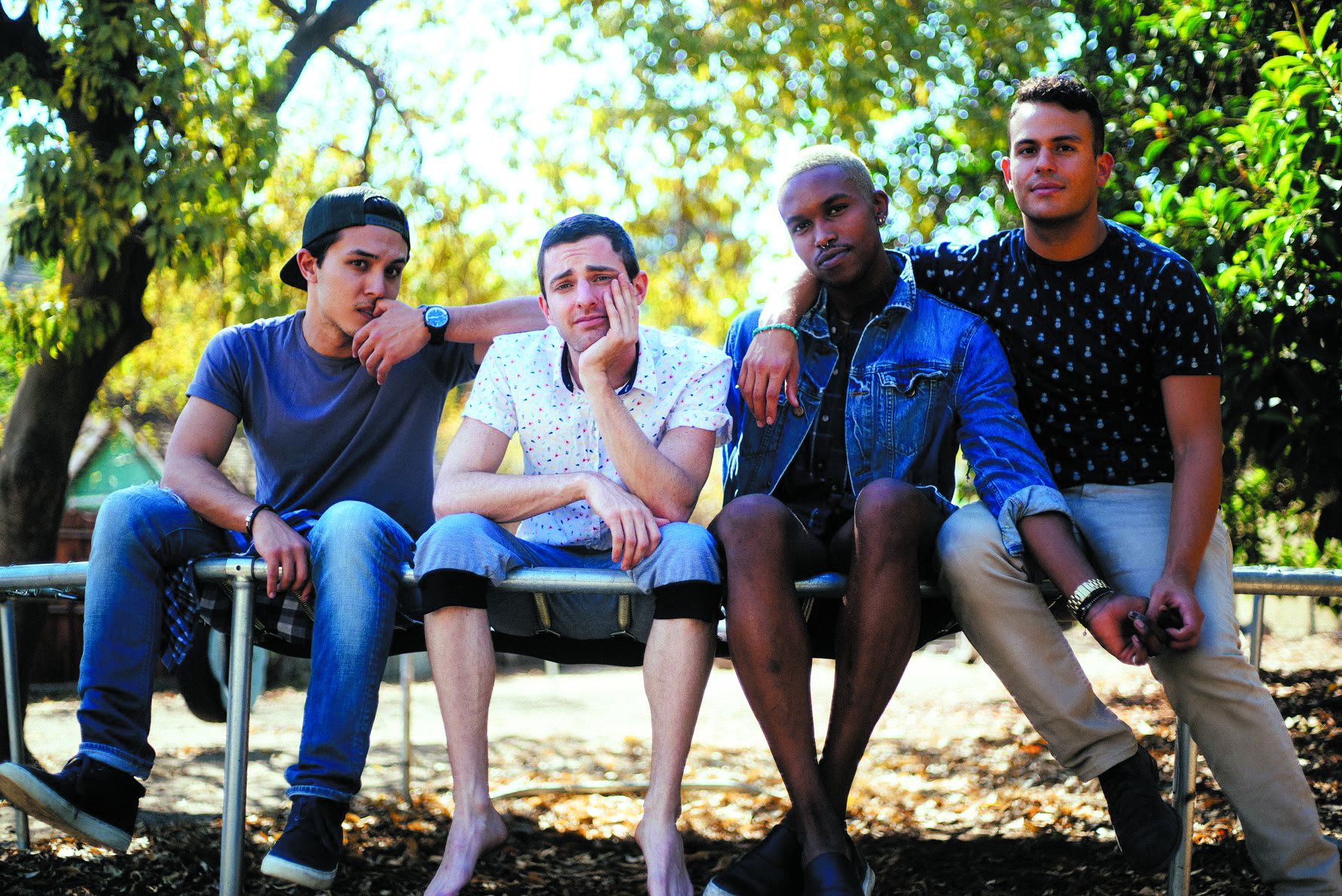 We might be watching a one-off episode of a pre-existing HBO show like “Girls” or “High Maintenance.” But we’re not:  “I’m Fine” is its own, completely unique take on gay life in West Hollywood in the PReP era. And it’s stunningly on-point.

Brandon Kirby created the web series in association with Dekkoo, a streaming service specifically targeted toward gay men. We sat down with Kirby to talk about his vision for “I’m Fine,” and his ambition to make the series a gay (or at least gayer) “Big Little Lies.”

The Pride: What inspired the series?

Kirby: The idea for the series came from a hook-up I had that is similar to the one Nate experiences in the first episode. I originally wrote it as a 20-page short but then realized this wasn’t a self-contained story and reworked it into a launchpad pilot episode, while simultaneously cutting it down and simplifying it in order to make it something I could shoot.

Why did you feel WeHo was the right place to tell this story?

I wanted the series to be Weho-specific because the story is about the small world of gay men and how everyone seems to know everyone in some sense, and I feel like the only way to really capture that sense of claustrophobia was to set it specifically in Weho. At least in my experience living here, there are small gay social circles that overlap like a bunch of little Venn diagrams where you will continually run into the same folks. So, it was important Nate experienced that as he kept running into Joey in some capacity.

What were some of your influences for the project?

One of the largest influences for the series was the end of “Looking” because that was such a blow to gay men being represented on any series on the air, in terms of them just living as characters being the main focus of their own storylines. Lena Dunham’s “Girls,” Adam Goldman’s “The Outs” and Aziz Ansari’s “Master of None”were also big influences, because no matter if it feels like these are stories that have been told before, the fact it comes from a very specific voice, a person’s very individualized experience, those are the stories that end up having a more universal resonance. So, seeing that in those series I listed (which I truly admire), that was a push for me to create my own work, as well. Beyond that, Noah Baumbach’s “Frances Ha” and Abbi Jacobson and Ilana Glazer’s “Broad City” were influences in that I wanted to open up a conversation about gay male friendship in the way those works explored fluidity found within female friendship.

Watching these episodes I noticed a sort of darker, indoor frame of reference, much different to the way LA is usually depicted. Was this intentional?

It was definitely intentional. Speaking with my cinematographer, we decided our goal would be to make a web series that doesn’t look or feel like your typical LA-set web series. No bright blue skies, no sunny days, no palm trees–we wanted it to be very much grounded in reality. Sure, these characters live in West Hollywood but they still experience the shit of life in spite of that. Especially because Nate is so self-involved and neurotic, it’s hard for him to just pause, look up and realize, “Hey I live in beautiful Los Angeles” so the look of the series needed to make it non-glamorous to keep things in Nate’s frame of mind.

What do you think are some of the most critical issues the LA queer community faces?

Well, we live in a very scary time right now, so I think the biggest issue we face right now is realizing the rights we currently have or were able to gain might not always remain in place. I think every marginalized community feels very unsure and frightened right now what might happen under the current administration, like we’re all bracing for impact, so I think right now it’s important that we all just support and be there for each other.

Are there plans for a new season?

Yes! We’re in pre-production for a second eight-episode season right now, so I’m currently writing that and am excited to show everyone where Nate and his gang of friends head next.

Can you talk a bit about your collaboration with Dekkoo? How did it come about?

I had released the first two episodes publicly and was running a Facebook and Instagram page for the series. I had very purposely followed Dekkoo’s pages and liked some of their stuff, and they liked some stuff back and luckily reached out to me asking what the series was. So–tell all your friends–stalking works!

What are your future plans (for the series or otherwise?)

Beyond season two of the series, I would like to explore the story of Nate as perhaps a longer format endeavor, because while I’m Fine works specifically as a short pocket series, there is a version of this world that can be expanded and explored more thoroughly. Aside from that, I’m also currently working on a feature about a group of friends who take a trip to Palm Springs that ends…badly. Basically it’s a gay “Big Little Lies.”

“I’m Fine” is available to stream on Dekkoo.