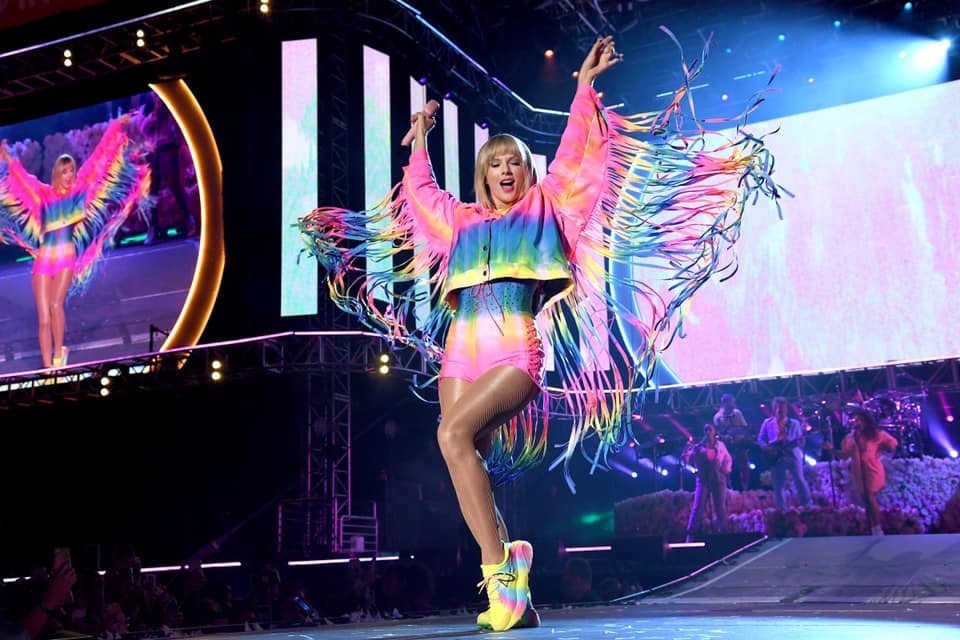 The Vanguard Award is presented to allies who have made a significant impact on promoting acceptance and equality of LGBTQ+ people.

“From boldly standing up against anti-LGBTQ elected officials to shining attention on the urgent need to protect LGBTQ people from discrimination through the Equality Act, Taylor Swift proudly uses her unique ability to influence pop culture to promote LGBTQ acceptance,” said GLAAD President and CEO Sarah Kate Ellis. “In a time of political and cultural division, Taylor creates music that unites and calls on her massive fan following to speak up and call for change.”

Swift’s hit summer single “You Need to Calm Down,” was an empowering LGBTQ anthem promoting acceptance and equality, with lyrics including, “Why are you mad when you could be GLAAD?” and “Cause shade never made anybody less gay.” The music video for the song features several out LGBTQ celebs including Ellen DeGeneres, Laverne Cox, Adam Rippon, Hayley Kiyoko, the cast of Queer Eye and many more.

During the 2018 midterm elections, Swift penned a passionate message on Instagram to raise awareness around the anti-LGBTQ record of Tennessee Senator Marsha Blackburn during her reelection campaign. Swift wrote:

“I believe in the fight for LGBTQ rights, and that any form of discrimination based on sexual orientation or gender is WRONG. I believe that the systemic racism we still see in this country towards people of color is terrifying, sickening and prevalent. I cannot vote for someone who will not be willing to fight for dignity for ALL Americans, no matter their skin color, gender or who they love.”