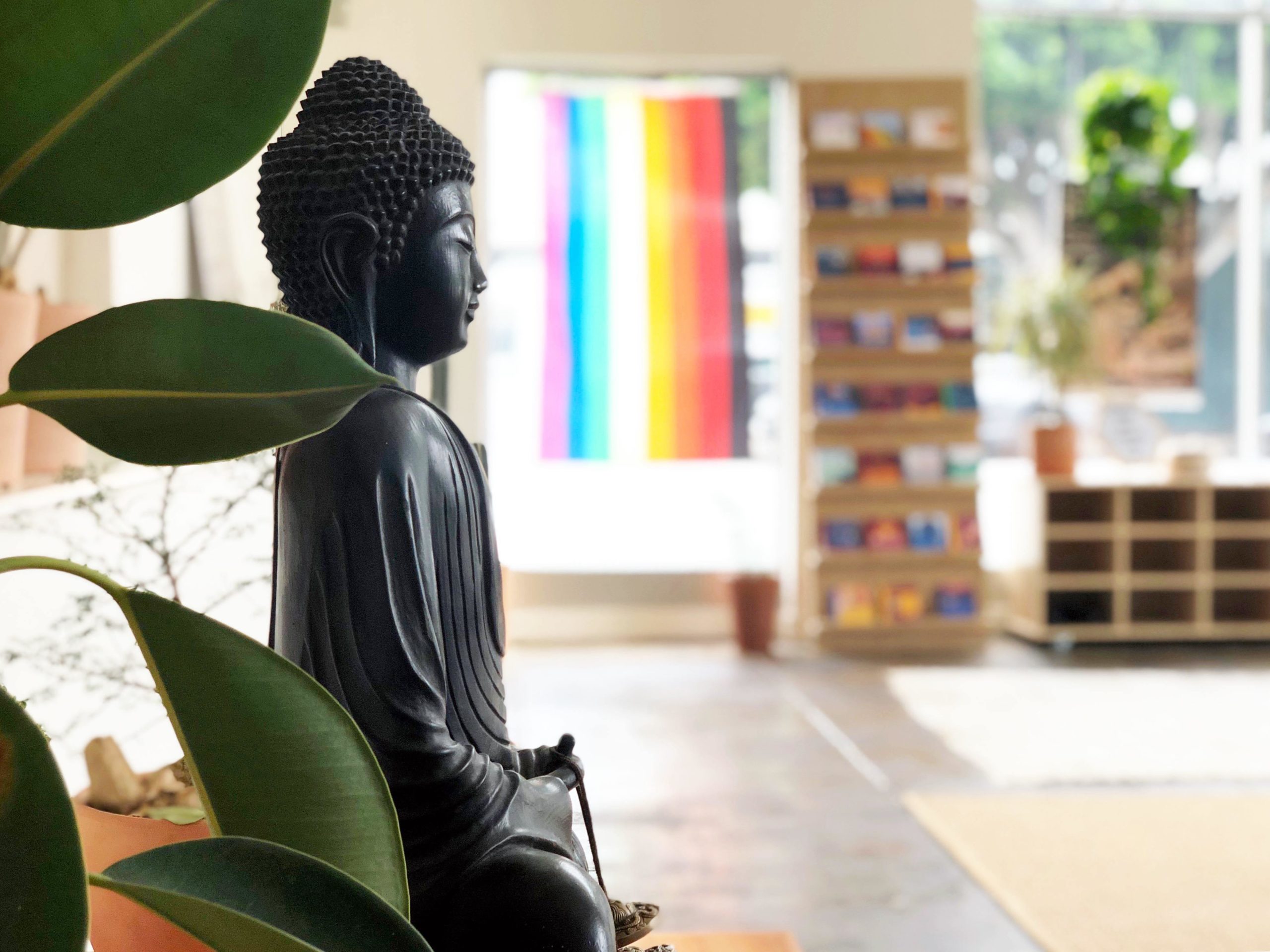 InsightLA is a non-profit meditation center offering practices of mindfulness and compassion that are both secular and Buddhist in origin.

For 17 years, InsightLA has been offering classes, silent retreats, and special events, with nearly 70% being offered on a donation-basis so that these teachings can be accessible to anyone regardless of financial means. Additionally, InsightLA offers financial support to any fee-based program so that no one is turned away for lack of funds.

InsightLA is an open, inclusive and welcoming community comprised of folks who practice mindfulness. In addition, InsightLA has a social justice arm called Insight in Action that makes mindfulness meditation freely available to the dedicated caregivers, social justice and environmental activists, first responders, teachers, and individuals who are on the front lines of suffering in Southern California and beyond.

Queer Mindfulness is an affinity group at InsightLA that is led by a team of facilitators who identify across the LGBTQ+ spectrum and likewise open to anyone identifying along the spectrum of queer identities, regardless of prior meditation experience. This group is an opportunity to practice meditation in community, build wholesome connections, and be mindfully present to the joys and sorrows that arise from living in the world as a queer person. The format of each monthly meeting is guided by two facilitators who share a talk, give a 30 minute guided meditation, and facilitate small group breakout sessions with opportunities for community discussion.

The concept for Queer Mindfulness, like any affinity group, arose from the desire for people to share a safe space with others who understand and share their experience. It is so rare for queer spaces to exist that encourage vulnerability, build resilience and genuine connection, and are not centered around party-scenes or substance use. Queer people also face pervasive institutional bias, violence, and social stigma making it challenging for folks to safely be out. Queer people are also smaller in numbers than straight and cis-gender folks, which means that queer people are frequently underrepresented and isolated. With all that said, Queer Mindfulness at InsightLA is intended to be a refuge for folks to feel at home amongst people who desire to be compassionate and present for one another and who just “get it.”

Members of the queer community have been incredibly receptive to this group and just keep coming back. Each month, there are roughly 20-40 people in attendance from across sexual orientations, gender identities, gender expressions, age, race, culture and also varying experiences of being out. We’ve gotten a lot of positive feedback from community members. Here’s what two people had to say about how the group has impacted them:

“There’s not a lot of LGBT groups like this where you get to learn from people and get to know what it’s like for them and just be intentional. I have other gay men’s groups but they don’t include the L’s, B’s or T’s of our community. This group helps me see how we have more in common than meets the eye.”

“I didn’t think I could meditate before coming here. The teachers made it so easy to understand. Don’t get me wrong, paying attention to my mind is still hard (haha) but I’m also learning to not be so hard on myself. I do have a lot of shame but this group helps me feel like I’m part of a community. I’m so grateful it exists.”

The hope is that queer folks will feel welcomed and valued at InsightLA no matter what programs they attend and at the same time, know that there is a dedicated space just for them to practice, heal, celebrate and build community. The intention is that everyone who attends Queer Mindfulness leaves feeling more connected, more present, and more compassionate toward themselves and others.