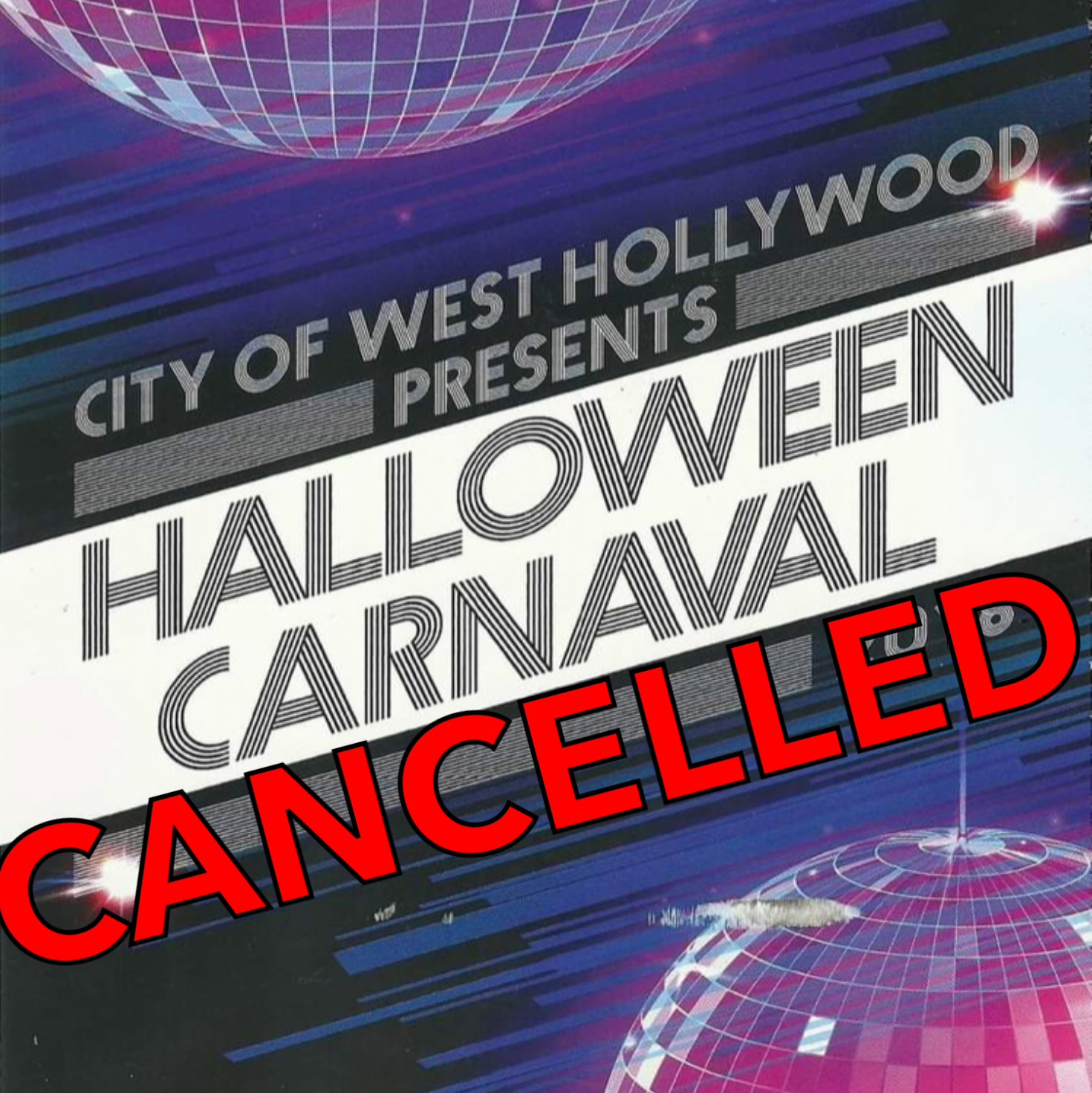 One of the year’s biggest events in West Hollywood, The Halloween Carnaval, has been cancelled.

The massive Halloween party has been cancelled in accordance with the Health Officer Order from the Los Angeles County Department of Public Health, which prohibits public gatherings of more than 10 people as the region responds to the Corona-virus pandemic. Additionally, LA County Public Health has issued Guidance for Celebrating Halloween and Día de los Muertos, which prohibits carnivals, festivals, live entertainment, and more.

Since 1987 West Hollywood has hosted one of L.A.’s best Halloween parties with an estimated 500,000 people converging on Santa Monica Boulevard, along a one-mile stretch between N. Doheny Drive and La Cienega Boulevard each year.

The Halloween Carnaval is rooted in the foundation of West Hollywood’s diverse culture and community. The event has grown year-by-year into an annual gathering of phenomenal costumes, entertainment, culture, and self-expression with a myriad of observers, revelers, exhibitionists, and performers.

The City has urged people to stay home and not gather however they will not hesitate to issue curfews if overcrowding develops on Halloween in order to protect public health and avoid the potential for a COVID-19 superspreader event.

In May 2020, the West Hollywood City Council approved the cancellation of all major special events in the City of West Hollywood through the end of 2020. This includes Pride in June, Halloween Carnaval, and New Year’s Eve events. This action followed the City’s declaration of a local emergency in March 2020 and postponement or cancellation of non-essential events and meetings.

The City of West Hollywood looks forward to celebrating Halloween Carnaval in the future when activities for public gatherings are permitted by the Los Angeles County Department of Public Health.