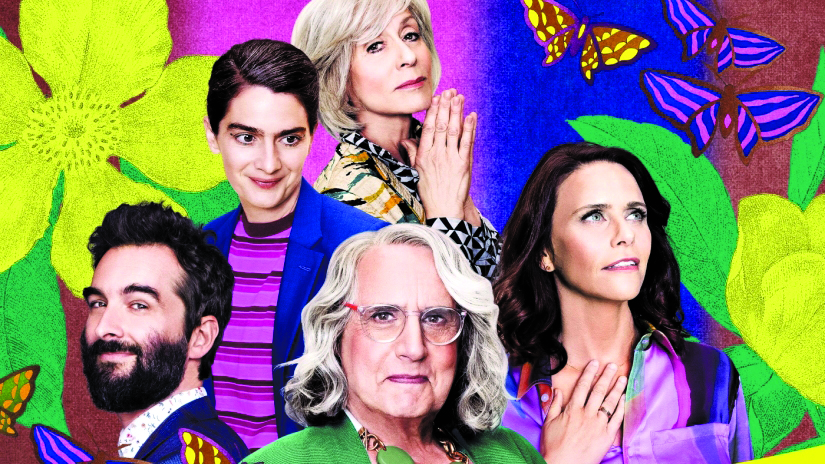 It’s hard to remember anything about a truly great show except the feeling it gives you afterward. I can’t remember just why I was floored by the “Transparent” pilot when it first aired in 2014. All I can recall is that meeting the Pfefferman family was like nothing I’d experienced onscreen before. The tragically self-obsessed, often hilariously oblivious members of that family spoke over one another in a way that was almost shockingly realistic. They dealt with each others’ shortcomings by raising their voices higher. Each person believed their own problems to be the loudest, most important problems in the room – as well as those most deserving of empathy. The scene was set. It was rich, it was new – Jill Soloway had created television’s first truly modern family.

Three years later, with “Transparent’s” fourth season showing up on Amazon not long after Soloway announced that she would be stepping down from the showrunner role on the show, the Pfeffermans haven’t changed. And that’s the problem.

Season 4 finds all the usual suspects gathered around plates of half-eaten bagels and lox (freshly purchased from Canter’s Deli, where they once had a “standing order”) talking over one another, alienating each other, and keeping secrets. As usual, the 30-minute episode doesn’t spend too much time with any one character, favoring the scattered, mosaic approach Soloway loves. We see the youngest daughter, Gaby Hoffman’s Ali, struggling with a painful childhood memory. We see our beloved matriarch, Jeffrey Tambor’s Maura, keeping back the news of a new relationship, this time with a cisgender male. Meanwhile, Judith Light’s Shelly has moved in with her ambivalent son Josh (Jay Duplass) and Sarah (Amy Landecker) is back with her husband Len – sort of. She’s mainly fantasizing about a woman (the magnificent Alia Shawkat) she encountered at – you guessed it – Sex and Love Addicts Anonymous.

In short, no one has learned their lesson yet. Everyone’s unhappy, and everyone’s dealing with the same bullshit. It’s the pilot all over again. But in the time that’s passed between “Transparent’s” extraordinary first episode and its fourth season, something important happened. Viewers changed. Our expectations grew and our needs became more complex. The viewership of “Transparent,” in Trump’s America, is very different than the viewership that first encountered the show in the sweet, prelapsarian political climate of 2014. And Trump, for once, actually isn’t all that much to blame. Soloway, in making such a brilliant show in the first place, created a monster: A group of viewers who simply won’t stand for anything less than the full, perfect truth. Now that “Transparent” has stepped away from that truth and into the realm of caricature, Soloway finds herself hoist by her own petard. She made us smarter, needier, more empathetic viewers, and now we’ve become much harder to satisfy.

So what would actual satisfaction look like in terms of “Transparent?” It’s hard to say. What’s certain is that it wouldn’t look anything like how the fourth season looks, with its heavy-handed criticism of the TSA (Moira receives a pat down for having a “groin anomaly”) and its even heavier-handed discussions of the Israel-Palestine conflict. What happened to “Transparent” in its fourth season is what happens to some of the best shows in their second, third, and fourth seasons: They begin to take the criticism too seriously, along with the praise. They begin to believe that it is not only possible to be all things to all people – they believe that they are responsible for being all things to all people.

Thus the political hodgepodge of season four, the writing of which sounds, during many scenes, like an overheard discussion of current affairs by college freshman. The too-earnest passion is there, and so is the scatteredness, the faint try-hardness of it all.

One could make the case that “Transparent” started to forget what it was about the minute it took its eye off of Maura, the ostensible main character whose transness was, for some seasons, the point of the show, and its main event. But even that wouldn’t be quite true. When it comes to art that emerges as pure, beautiful, and politically needed as “Transparent” did, it’s only a matter of time before the culture that so desperately needed it begins to need something more.