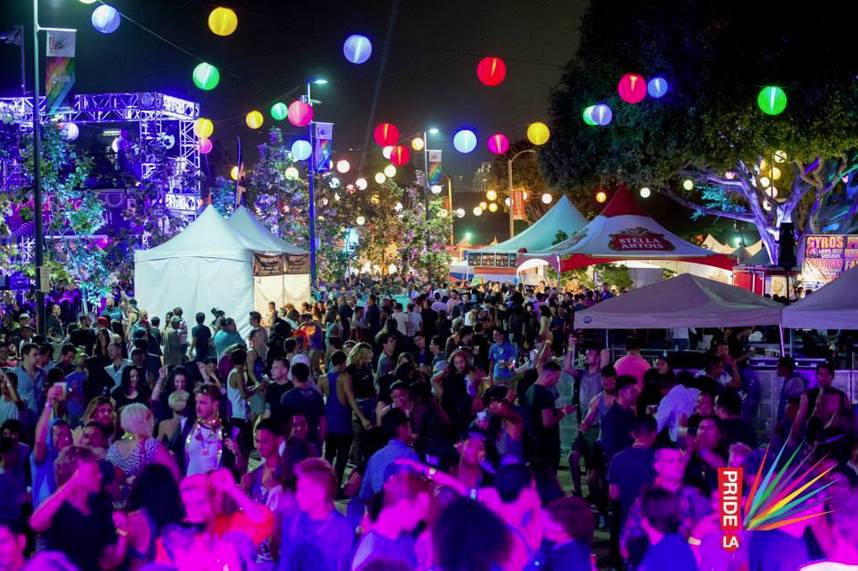 It’s officially Pride month in Los Angeles, and you know what that means: Lots of festivities to choose from. We know it can get overwhelming. That’s why we’ve narrowed it down for you. Here are some of the most essential events to attend this Pride month–be sure to bring sunscreen, protest signs, and your best, queerest self.

WHAT: Beginning at 6 p.m. with a special protest sign-making workshop, followed by a march down Santa Monica Blvd. at 8 p.m.

LAAA “OUT THERE” EXHIBIT

WHAT: An all-media exhibition by local queer artists

MIGRATION OF THE MONARCHS

WHAT: A 3-part conceptual art project by Trans artist Yozmit.

WHEN: Part One: June 3, 11-3pm: Yozmit will collect prayers and stitch a ribbon or bead onto a wearable art costume

The LA Pride Festival grounds will feature performances by trans artists and activists, as well as a #SIZZLE sober area.

WHAT: Vanessa Craigslist, HOMOCCULT, and other special guests will take over the Airliner for an all-night dance party.

WHAT: This year’s Pride lineup includes singers Chromeo and Brandy, along with a host of other entertainers.

WHAT: Starting in Hollywood, the LGBTQ+ community and its allies will march in solidarity with and on the same day as the National Equality March for Unity and Pride in Washington DC

WHERE: Meet at 8 a.m. on Hollywood and Highland

WHAT: “California Dreams” explores the world and experiences of LGBTQ seniors on their journeys west literally.

WHAT: Citizens who have done outstanding work for the LGBTQ+ community will be awarded Rainbow Keys to the city. The 2017 Honorees are: Cleve Jones (former aide to Harvey Milk, author of “When We Rise”), JQ International; Eric Paul Leue (Mr. LA Leather 2014); LA Gay & Lesbian Chamber of Commerce; Michaela Ivri Mendelsohn (Transgender activist, public speaker, and business leader); Jewel Thais-Williams (operator of Catch One); and Ruth Tittle (16-year member of the Lesbian and Gay Advisory Board).

THE COMPLETE HISTORY OF DRAG IN A FEW MO-MO

WHAT: A new play by David LeBarron for the Hollywood Fringe about history, tradition, and drag.

WHERE: The Other Space Theatre, 916 N Formosa Ave.