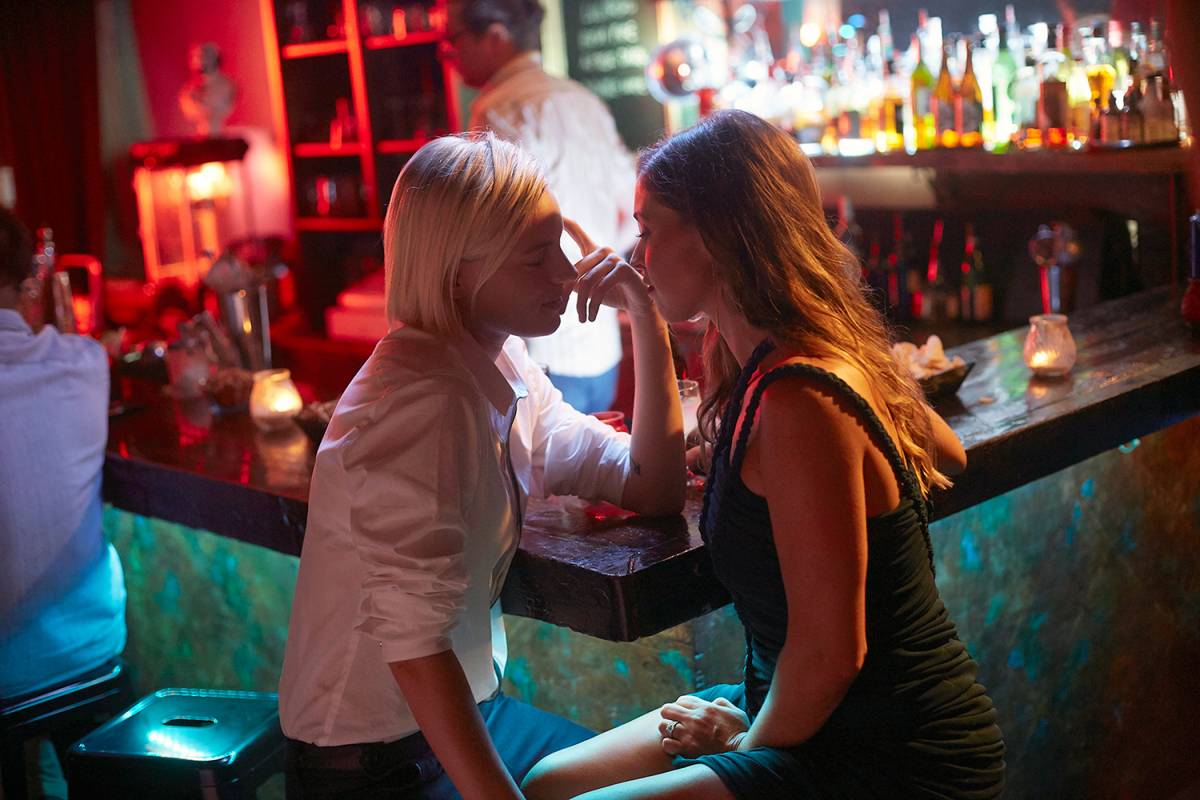 When a new movie comes out, most of us have to wonder: how gay and how feminist is it? The latest must-see film on our list, “Below Her Mouth,” has a F for feminism rating on IMDB and is all about gay love, which are just some of the perks to this new Canadian offering. It originally premiered at the 2016 Toronto International Film Festival and features crowd pleaser Elise Bauman from the popular web series Carmilla.

The trailer is already steaming up our computer screens with Swedish model Erika Linder channeling some Shane McCutcheon realness alongside actress Natalie Krill. Linder’s character Dallas sports a construction work outfit for most of the movie since she works as a roofer in Toronto as Krill’s character Jasmine swoons for from her balcony. Eventually the two end up in a passionate and explicit love affair that makes “Blue Is the Warmest Color” seem PG-rated.

And get this: The crew behind the movie consists of only feminist women. Director April Mullen spoke about creating the film in an interview with Cult Montreal: “Because of its subject matter and the intimacy, we really wanted to bring to the screen something unique. Seeing what it’s like, through the gaze of a woman, to fall in love and lust and what that feels like for a woman.” She continued, “I had to forget about all those images I had been exposed to my whole life when it comes to sex and intimacy and love and just look inwardly and be really attuned to what affects me as a woman and what really turns me on and what draws me close to want to be intimate with someone.”

To write a script from a female perspective is something audiences have long desired without any fulfillment. “Below Her Mouth” gives us a look into a real lesbian story told by a female perspective, which tells the story better, and tells it for women.

Below Her Mouth is in theaters now.