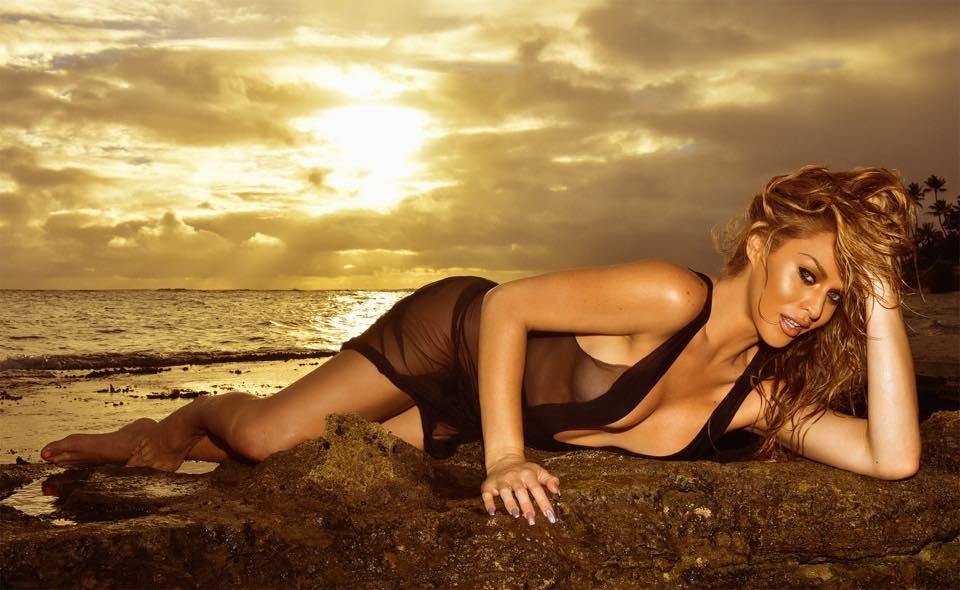 Hosted at the Abbey in West Hollywood, this past Sunday was a night to remember, as the number one Beyonce impersonator – Miss Shalae brought her ballroom version of Queen Bey.

The Pride LA spoke with both Sasha and Miss Shalae about Heavenly Bodies. Check it out:

I’m Sasha Colby, Hawaii native. Performance artist, Dancer, Choreographer, Actress.  I’m a trans woman and I have been a drag performer for 18 years.

In one sentence, what is Heavenly Bodies?

Heavenly bodies is an All Inclusive Queer Positive Party celebrating everyone on the spectrum.

Our biggest goal for Heavenly Bodies is to provide a safe haven where trans people can mix and be and really network with each other. To bring our community together by having real interactions.

What inspired this event? What do you like about it?

Being in the nightlife industry for quite a while I have had the opportunity to be in almost every position in nightlife, from bartending to go go dancing to drag performing and hosting, And I definitely have moments where I felt like an afterthought or totally not understood in situations in clubs all over the country.  So this project is definitely something near and dear to my heart because I want to make sure that everyone that comes to the party and everyone that is working with me has a sense of belonging and feeling valid in the space they take up in life.

What I absolutely love about this event is that already it has not just allowed the trans community to come together but what I’ve noticed through messages on social media and people coming up to me is that it offers a fun place for the queer community in general, so people that identify as gender fluid or non-binary, etc… all feel that The fact that there is a night like this happening that it is lending itself towards a more inclusive conversation which is definitely needed.

How long have you been the host of the event?

This baby is pretty new️ We had our first heavenly bodies December 8 2019.  Our opening night was an overwhelming success. And it definitely showed the need that there is for a parties like this.

What can attendees expect from Heavenly Bodies on Sunday?

Attendees can expect a great way to wrap up Sunday fun day festivities. We not only have amazing trans hosts like Gigi Gorgeous, Brozlyn Lechelle and GOTTMIK. I also have a all trans show at Midnight featuring myself, Jazmin Balenciaga, Aurora Sexton, and Michell’e Michaels!!  Let’s not forget our Trans dancers all night long dancing to music by Josh Peace. There will also be a booth set up for The Trans Wellness Center offering information and resources for the community!  We also have an Illegal Mezcal sponsored drink special for the night called Smokey Eyes, which is a play off of the rich smokey flavor of Illegal Mezcal.  $1 of every specialty drink sold on Sunday will go directly to The Trans Wellness Center.

Why should people go to The Chapel at The Abbey?

The Chapel at The Abbey is a MUST when coming to West Hollywood!  Great music, people watching, your occasional runway walk off, and an out of this world show that celebrates trans performers and welcomes everyone.

Where can people find out more info about You or the show?

You can find me on Facebook and IG @sashacolby.  Search Sasha Colby on YouTube and get your life. Or, just come down to The Chapel this Sunday January 12 for Heavenly Bodies!  Oh sickning!!!!

I am Miss. Shalae “The #1 Beyonce Impersonator in the world” aka The Legendary Miss. Shalae the Overall Mother of the Iconic House of Saint Laurent.

In one sentence, what is Heavenly Bodies?

Heavenly Bodies is an event thats was created for safe space, fun, and dialougue between trans beings and allies.

It’s a celebration of the most marginalized community in the country. Its a chance to dive deeper and to own our power of the God like beings we as trans people are. Heavenly Bodies is a perfect title that speaks to trans-ness in a ancestral way. Not a lot of people know the history of trans beings and how we played major roles such as gate keepers, oracles, kings, queens, shamans, and thought of as the closes gender to God in ancient cultures.

Why do folks call you “Transgender Beyoncé?”

People call me the “Transgender Beyonce” because I am a trans woman and I not only performer Beyonce but I channel her…. I am Sasha Fierce

How long have you been a professional performer? What do you like about it?

I have been performing since the tender age of 16, I decided to focus on just performing Beyonce for 5 years now. I love performing because it is a great creative outlet and I love making people feel good.

What can attendees expect from your performance on Sunday?

If you come out Sunday you expect an optical illusion that will for sure leave you questioning if Beyonce is really performing at the Chapel by Abbey.

Where can people find out more info about you or the show?

Google me BABY….wink wink! To see more of me you should follow my instagram @miss_shalae. I don’t have a youtube because they only let mediocre Beyonce impersonators post. XOXO Ill see you at the show!