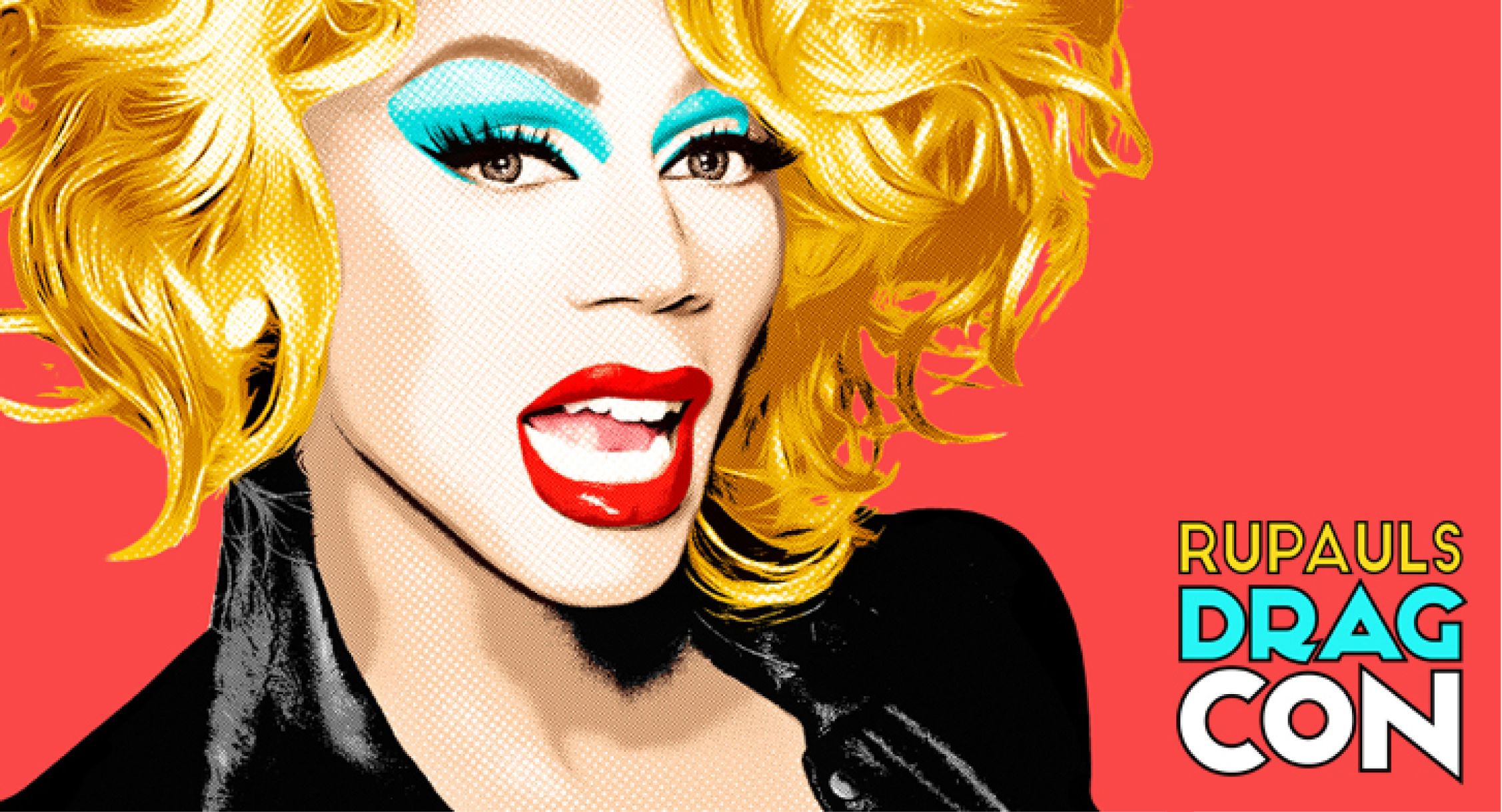 Although RuPaul welcomes drag queens from all cities and walks of life, it has to be said that if you’re not on board with heading west, honey, how the hell you gon’ be a success in the race that is drag? With this in mind, there could never have been any doubt that the grandmother of the drag scene would permanently place what she has described as a mashup of Comic-Con, BeautyCon and Hello Kitty Con in the City of Angels.

The third annual DragCon proves no exception, returning once again to the Los Angeles Convention Center as hundreds of exhibitors, panels, screenings and vendors turn the space into their own personal runway for the weekend of April 29-30. As the hub of an anything-goes, all-are-accepted atmosphere, it’s no surprise that such panel discussions as “Teen Vogue Presents: What Is Drag in Trump’s America?” would be on hand for those in attendance. For the baby glamazons in training, important lessons in Drag 101 like “Wig-ography: A Master Class” and “Theater Queens: A Master Class” will also be available to make the transition from male to female for a night as seamless (and fierce) as possible.

But this hasn’t left the most devout of devotees of RuPaul’s Drag Race out in the cold–the ones who want to attend just to see their favorite queens up close and personal. That’s why such intimate talks as “UNHhhh with Katya & Trixie Mattel Live!” (Katya’s full last name, Zamolodchikova, was perhaps too much to print on any tangible program) are here to give fanboys (and girls) just what they desire.

And what would DragCon be without the presence of Alaska Thunderfuck 5000? – the triumphant winner of RuPaul’s All Stars Drag Race during its second season. Her very own live taping of Bro’laska features the Lady Gaga-reverent queen and her ultra butch brother, Corey Binney, giving somewhat dubious advice to any fan willing to take it.

For the ultra competitive willing to put their knowledge (but never love) to the test, there’s even Heel of Fortune! America’s Gay Game. Taking the best elements of Wheel of Fortune and making it even better by adding in Manila Luzon, Mrs Kasha Davis and Pandora Boxx as panelists, DragCon gives gay America (or rather greater Los Angeles) a chance to financially profit from their drag obsession. In short, it truly is as RuPaul has said of DragCon: It’s “the place to find your tribe. For all the super creative and super sensitive people out there who live in a world that says that you’re too much or that you don’t fit in, DragCon says, ‘Welcome home, baby.’”

And if you don’t believe it, just know that Lori Petty and Wilson Cruz will also be there at some point (side bar: yes, Wilson Cruz played Rickie Vasquez in My So-Called Life, but let us not forget his star turn as Michael Alig’s drug dealer, Angel, in Party Monster–thus the movie and real universe might explode as James St. James is also expected to attend). So there’s that.