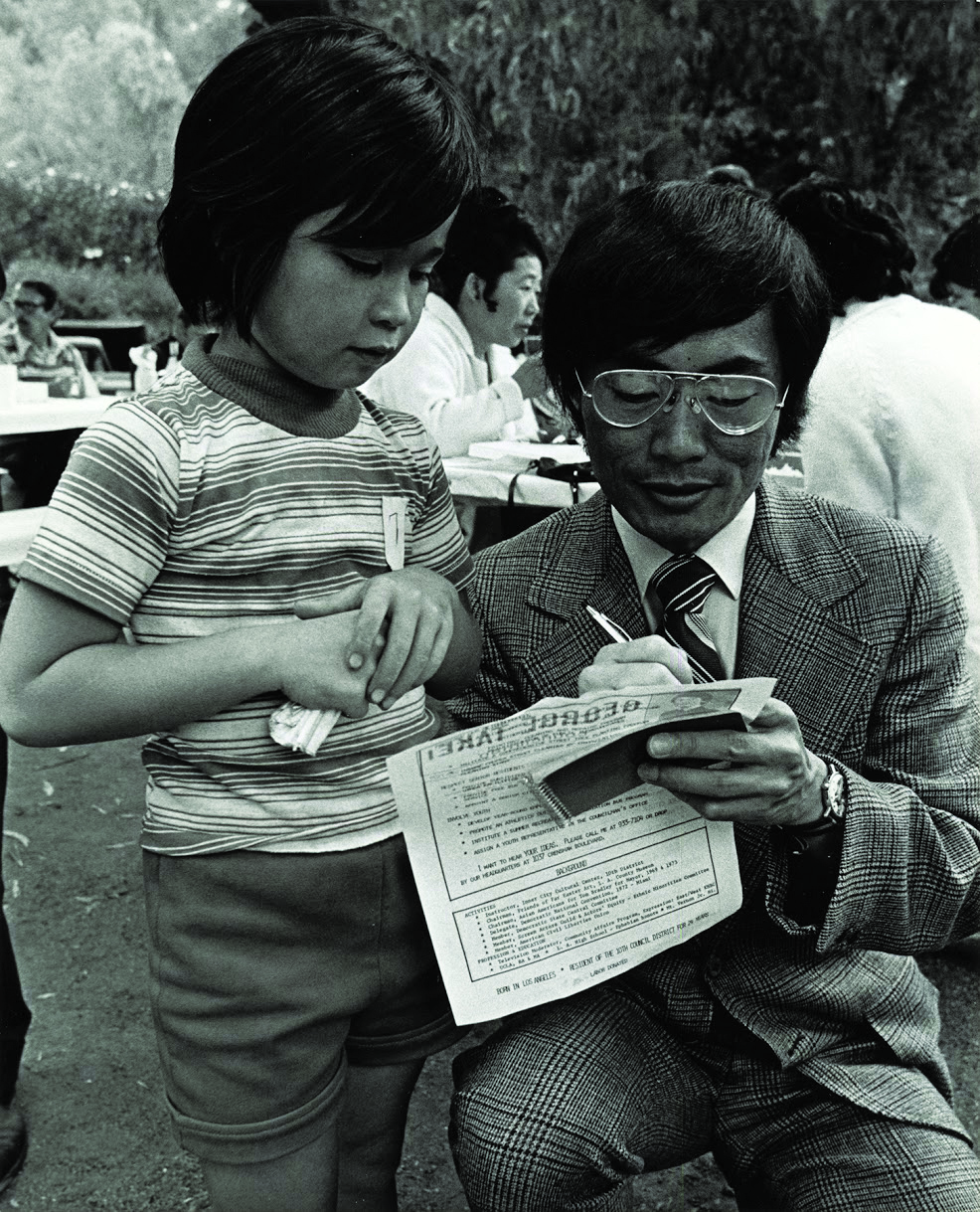 Activist, actor, and social media personality George Takei’s life is the subject of a new exhibition at Little Tokyo’s Japanese American National Museum. The exhibit covers Takei’s life, from his upbringing in LA to his family’s internment in Santa Anita Park during World War Two, to his extensive work in television and film. The Los Angeles-born Takei has special ties to the city, where he has lived and worked for most of his life. The exhibit is made up of memorabilia donated by Takei, including photographs, masks, “Star Trek” promotional materials, and magazine clippings. Takei came out in 2005 at the age of 68, after then-governor Arnold Schwarzenegger vetoed legislation for same-sex marriage—his first interview as an out gay man appeared in a copy of Frontiers, the recently-shuttered West Coast LGBT magazine. Takei has been especially political about his queerness and his Japanese-American identity in light of President Trump’s remarks about immigration. Takei’s time in the government-regulated internment camps for Japanese immigrants makes him an experienced sufferer of human rights violations in the name of national security. His parents were denied naturalization due to their Asian heritage. His grandmother was unable to purchase land because of it. Takei is now outspoken about his family’s past, and about the importance of America not repeating its past mistakes. “The internment experience was a very American experience …” He said at the preview of the exhibit on March 11th. “The importance of that chapter is an American lesson … Clearly, it was not learned, as we are discovering again in our time.”

“New Frontiers: The Many Worlds of George Takei” is on display at the Japanese American National Museum until August 20th.