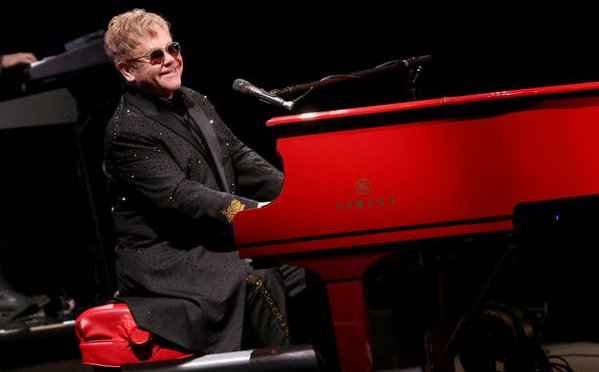 Elton John gave a preview of his new album last night at Los Angeles’ Wiltern Theater but that was a sideshow compared to his emotional tribute to his late friend David Bowie.

During the concert performance he spoke of Bowie, who died earlier this week, saying that many years ago, he “heard a record which blew me away called ‘Space Oddity.’ ” The song was created and performed by Bowie so John hired him to help create his mega-hit, “Your Song.”

“I have David Bowie to thank for that,” John said. “So I’d like to dedicate this to the star man himself.”