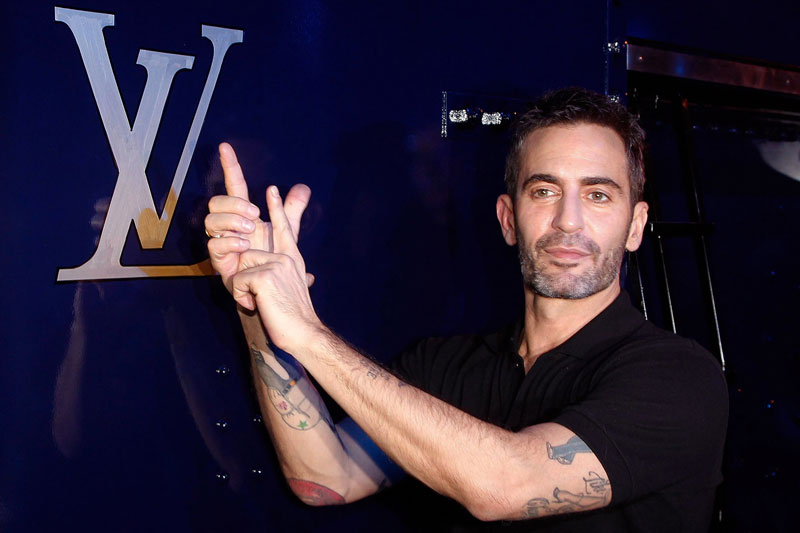 “Goodbye (for now) Grindr! It was fun for ‘group’ get togethers, but, what really excites me is my work!” He also added, “Yup. I’m gay. Sometimes I enjoy sex. Sometimes! #stillonlyhuman #callmemarc #yourstotry…maybe.”

“Wild??? I’d say ‘MILD’. And to whichever guest benefitted from calling this misinformation into the Post, I only wish you good health, happiness, and a long life to enjoy taking advantage of the kindness of strangers and talking shit about others. #reallyqueen?” he replied to whomever reported his escapade to the Post.

To the writer of the article he was less kind:

“Girl, I think I understand your pain. You’re a sick woman.”

“It must be such a sad, unfulfilling and lonely existence to get paid for ‘writing (I use the term loosely) an article put together from out of context information ‘written’ by other journalists over a period of time, for different periodicals, in different countries,” Jacobs wrote on Tuesday.

Jacobs recently broadcasted a nude photo showing the head of his dick to all of his followers on Instagram with the caption “It’s yours to try,” leading to online speculation about his judgment and a possible relapse.

The designer, The New York Post notes, has relapsed several times after stints in rehab to kick a drug addiction.

In none of his comments has Jacobs denied drug use and many defenders online have said he deserves space to enjoy himself without shaming or criticism even if drugs were involved. Others point out the inevitable trajectory of relapse as cause for alarm.