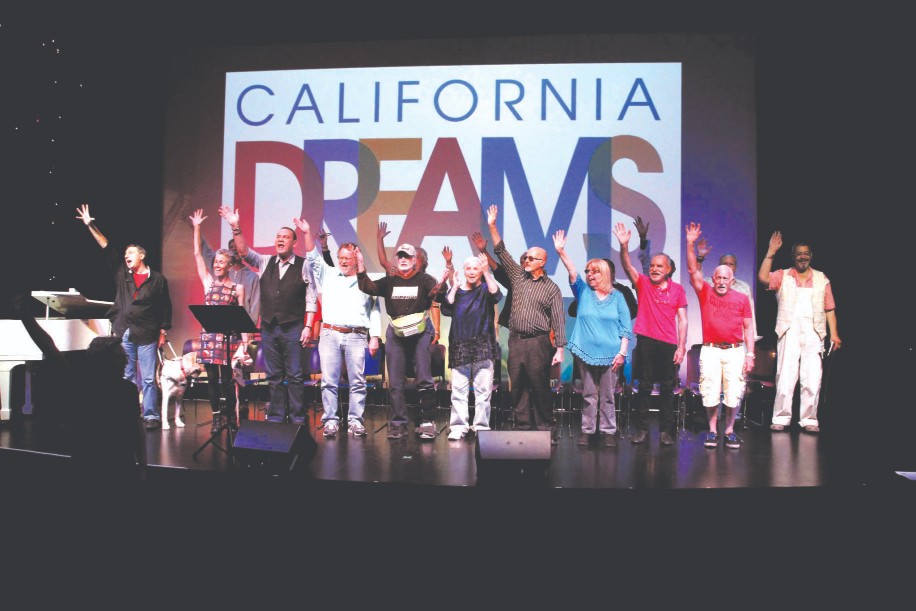 On June 22, as part of West Hollywood’s “One City, One Pride” slate of celebrations, the City of West Hollywood’s Arts Division presented an all-seniors performance of “Heroic Lives,” a play composed of an honored LGBTQ+ seniors’ stories.  Directed by Mark Salyer and Kay Cole with musical direction by Debbie Lawrence, “Heroic Lives” was about the people who changed our world, told by the people who were there. Presented with the L.A. LGBT Center’s Senior Services Department and through a grant from the City of West Hollywood’s Arts Division, New Stages take LGBTQ seniors through a series of workshops culminating in an evening of songs, stories and original writing about the individuals who fought for LGBTQ+ liberation and whose lives were acts of heroism.

New Stages, which put together the performance, is a Los Angeles-based arts program for LGBTQ+ seniors that combines different art forms to tell stories on stage. “These beautiful individuals and their life stories are really what gay pride is all about, so it’s wonderful that we are a part of the Pride arts festival in Los Angeles,” said co-director Mark Salyer of the production.

By thepridela July 5, 2018
in BEST OF GAY LA
Related Posts