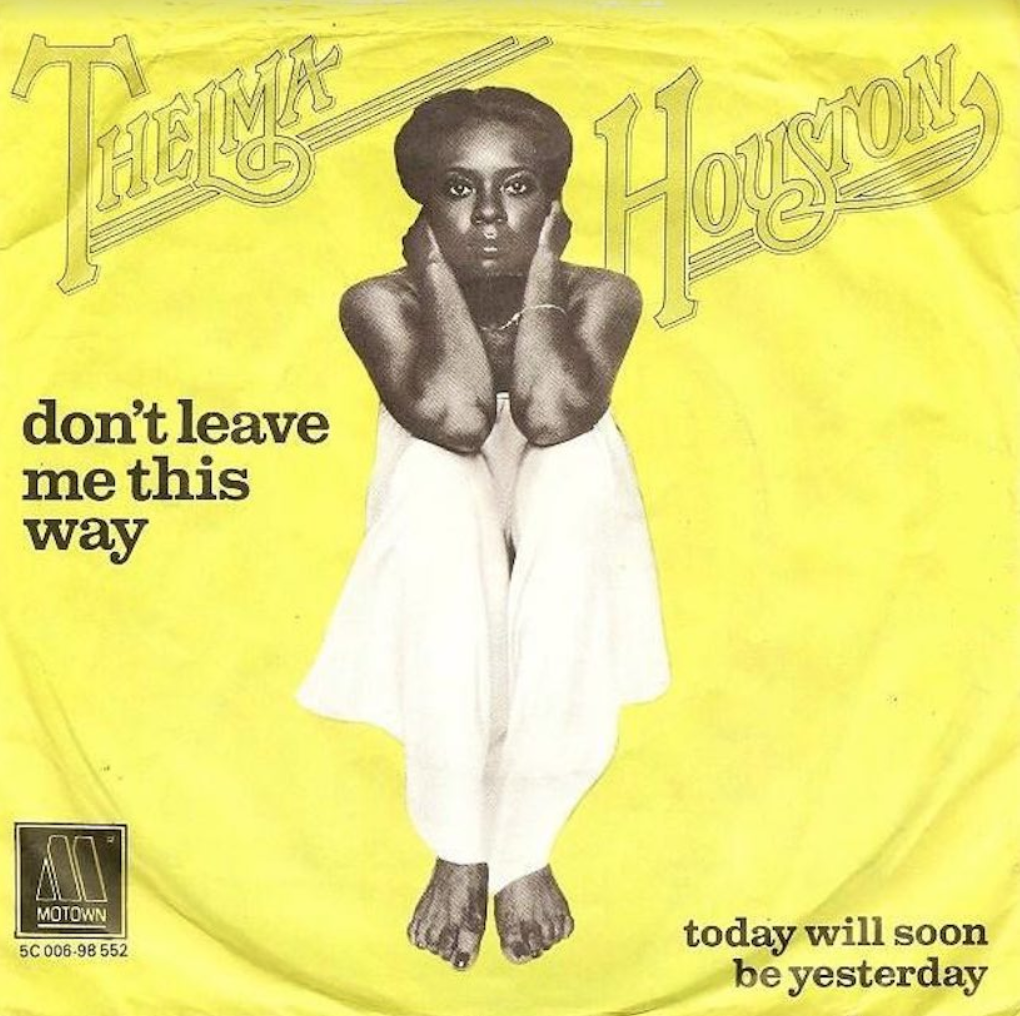 In 1977, Thelma Houston’s cover of “Don’t Leave Me This Way” first hit the air, becoming an instant classic and garnering the singer a devoted queer fan base. One year later, her recording would earn her a Grammy and a place in history as the first female recording artist on the Motown label to win the award. But Houston’s iconic rendition of the song almost didn’t happen. To celebrate Houston’s Venice Pride performance, we spoke with the legendary singer about what Pride means to her.

THE PRIDE: What does Pride, and the queer community in general, mean to you?

THELMA HOUSTON: Well, I’ve been performing at these different Pride festivals for years. What I mean by that is, I’ve been doing work or being supportive of the LGBTQ+ community for many, many years because they have been supportive of me. Because when my song came out, “Don’t Leave Me This Way,” it got a lot of support from the community. Perhaps because the song was very popular in the clubs at that time. However, as far as my participation goes, when the AIDS scare happened, when we didn’t even know what it was called, we didn’t have a name for it at that time. I had lots of friends, my hairdressers, coat designers, a lot of my friends were in the community, and when it hit, we didn’t know what was going on. We all did things to volunteer, helping in ways that we could. As a result of that, it had to become more organized. We had to get the government involved and try to first of all find out what it was. There was a lot of progress made since that time. We still don’t have a cure for it, and I’ve continued to fight and do what I can. We need to be more educated. And also I’m supporting the community in terms of how far we’ve gone when it comes to acceptance. Same-sex marriage and other areas where we realize that people are people, and everybody should have civil rights. That’s why I continue to do what I do.

When “Don’t Leave Me This Way” came out, was it an instant Gay anthem?

I wouldn’t say it was an overnight thing. But probably from the time it was released until about 6 months—that was a long time ago! When “Looking for Mr. Goodbar” came out, “Don’t Leave Me This Way” was pretty popular in the clubs, and the film had a disco theme. I don’t think it had hit the charts yet. But they played it in the movie, and I think that had a lot to do with it as well. I was not the first person to record the song. It was originally recorded by Harold Melvin and the Blue Notes. And I was on Motown Label. They were on Philly International. That song, I believe, is probably one of the first songs to be recorded on a Motown label and go as big as it did without being a Motown song. So that was very unusual at that time, to have a remake of someone else’s song to be a hit on the Motown label. And I hate the fact, also at that time, the DJs and clubs were starting to get a lot of leverage and power. Because the record companies were finding out, “wow, these clubs where people are playing music, these DJs can hype these songs up.” So sometimes it was forced onto the radio, sometimes songs wouldn’t even be initially played on the radio. So it was a lot of things that helped to make it popular. It’s nice to hear that it’s considered an anthem! People do call it that, I don’t really know the exact reason. These are all my theories. And I’m saying that because when the song was first released, Mr. Berry Gordy did not think it was a hit. He didn’t think it was strong enough. So it was released very courageously by a woman named Suzanne de Passe, who at that time was the head of the A&R department. She almost had to put her job on the line by saying, ‘this song is a hit, I believe in it.” And then once it got out there in the clubs, that was that. The company got behind it and it became a hit. The following year, I received a Grammy award for it. And a lot of people don’t know this, but I was the first female on the Motown label to receive a Grammy award.

So this year, this country is going through a lot. What are you looking forward to, and what do you think we need to change?

I’ll say this. John F. Kennedy was the first person I was able to vote for, and from Kennedy up until now, I’ve voted for several presidents, and in my voting history I have never, ever seen anything like this in the White House. This is a very scary thing. But I do believe that America is strong, and I believe that we can see this through. We have to motivate ourselves to get out and vote. We need more women to get elected. I think that’s what we can do now to start a change. And hopefully this guy won’t be in there for a second term. It’s very, very frightening for me. I have two full-grown children who have children. And I used to think, naively, that when my kids grew up and started their families I’d be free. But then you start to have grandkids, and you start worrying about them. Three of them are out of high school, but I have one kid in high school and that is the most frightening thing. Every day I’m concerned about my grandchildren having to go to school. And what’s going on. It’s something that’s there every single day. It’s such a scary situation. But I do feel that there is hope.