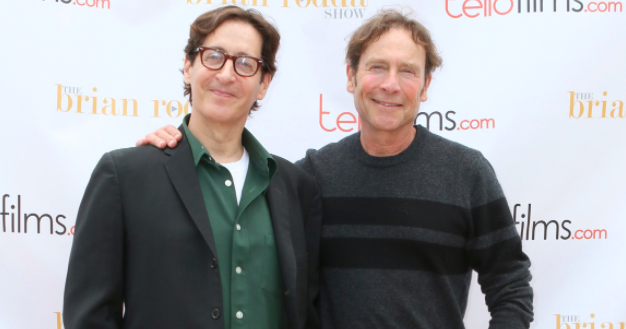 When the seminal sitcom “The Golden Girls” was about to hit the air in 1985, nobody imagined that showing four women of a certain age navigating work, friendships, and the dating pool would sell. Today, some 30 years later, the same prejudicial thinking haunts Hollywood pitch meetings and boardrooms, squashing countless projects about over-60 characters before they even have the chance to get to pitched.

This week, the “Golden Girls” and  “Roseanne” writing team responsible for the new LGBTQ+ Senior comedy “Silver Foxes” opened up to The Advocate about how their project almost didn’t get made. The cause? Hollywood studios are still too cagey to make a real bet on a project focused on older people. Especially older gay people. The story, which deals with senior gays in Palm Springs figuring out aging, dating, and creating family, was a challenge to pitch to networks because of its main sticking point.

“We ran into homophobia and ageism in Hollywood, which I know is a shocking revelation…” said Stan Zimmerman, who created “Silver Foxes” along with his writing partner James Berg. “But it is true. You know, some – most – networks won’t even open the script to read it.”

It may seem strange that even in the age of such liberated shows as “Grace and Frankie,” “Orange is the New Black,” and “Transparent,” the twin spectres of age and queerness still hangs over Hollywood.  The fact that Berg and Zimmerman are coming from a more traditional angle makes it even odder that their project took so long to get off the ground. The topic that serves as the impetus for “Silver Foxes,” however, may have been seen as controversial by a few hedgier producers. After seeing the 2010 documentary “Gen Silent,” about elderly LGBTQ+ citizens seeking long-term care and finding only abuse, negativity, and discrimination, Berg and Zimmerman decided to take on the subject, with a comic rather than tragic twist. “As gay people, we realized how important friends are to becoming our family.” Berg told The Advocate. “And the fact that after years and years of fighting and working to come out and be accepted — at an advanced age, we would have to go back in the closet? [It] was just a shocking revelation to us.”

“Silver Foxes” will take a look at the problems queer seniors have to face when dealing with America’s healthcare system. It will also take an abashed look at dating as a senior, as well as building a chosen family of friends and allies to grow old with. Zimmerman and Berg are hoping to pair with SAGE, the New York-based organization offering support for LGBTQ+ seniors, as well as larger nationwide groups like GLAAD.