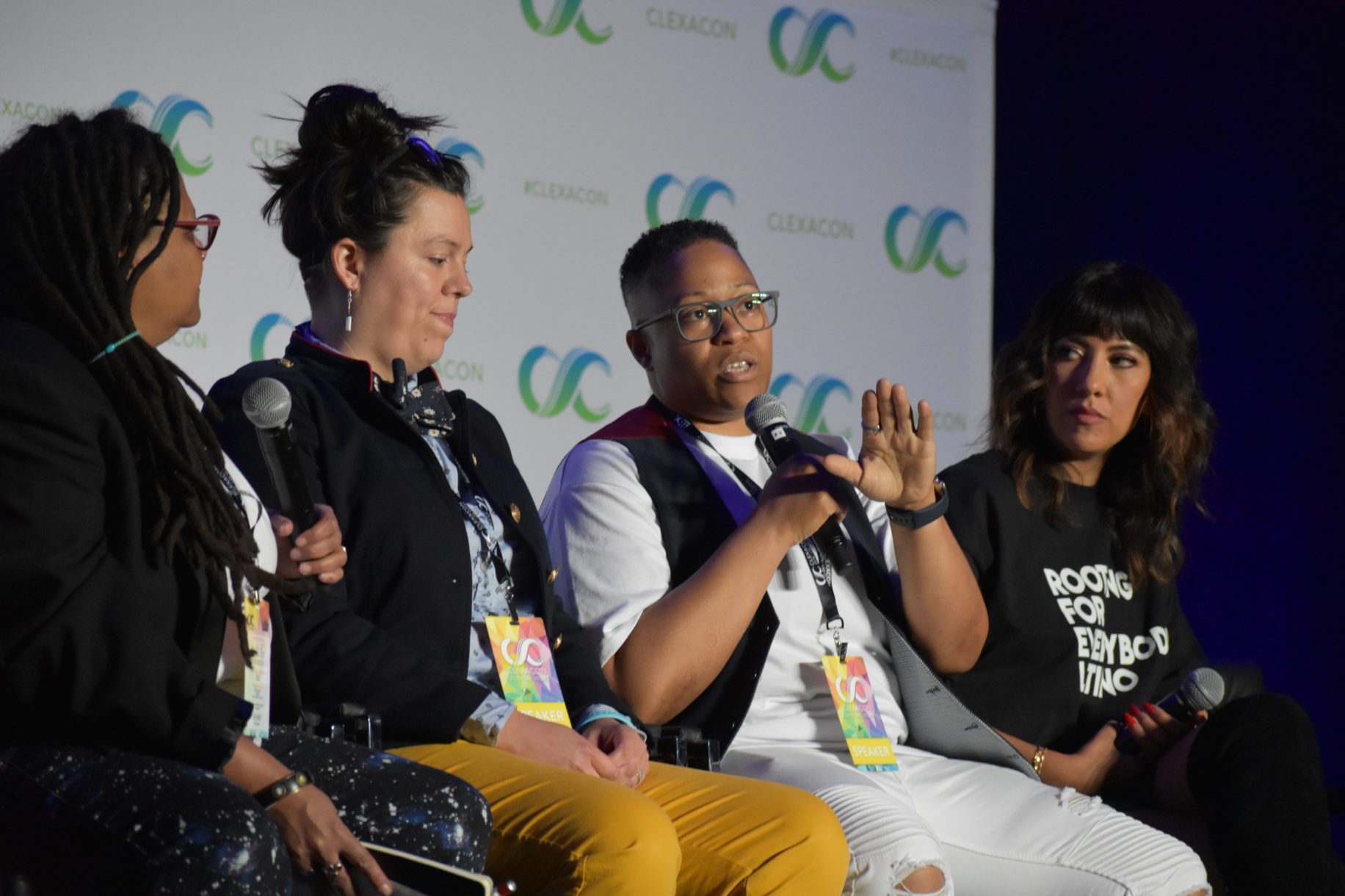 In its second year of celebration, ClexaCon 2018 not only brought in fan favorites but also showcased the importance of authentic LGBTQ+ representation. In an age where many characters are brought on as tokens for filing diversity slots, ClexaCon created the conversation with powerful leaders in the community on how to successfully bring a genuine LGBTQ+ character to the screen. Usually, the answer is simple: give queer female writers, producers and filmmakers control of their own stories in order to create content that the community is waiting for. A major topic in most of the panels was celebrating the immense success of queer women on set and behind the scenes but also emphasizing the importance of women having those opportunities.

ClexaCon was inspired by one of the many losses of a queer female character on screen in a reckless way – Commander Lexa from the CW’s “The 100.” Her untimely death by a stray bullet was the final straw as the community rose up in protest and eventually inspired the 3-day convention, ClexaCon.

ClexaCon allows the talent behind some of the community’s most prominent figures on television to connect with fans. The convention had fans lining up to see their favorite queer women on screen from panels such as Lost Girl Reunion, Wynonna Earp, and Black Lighting – with some throwback panels as well such as Xena, Gabrielle and Their Legacy. Many of the panels also featured topics that were more specific to creating opportunity for queer women of all backgrounds in media. The panel LGBTQ+ Actresses, featuring Dot Marie Jones and more, was not only fun but also got emotional at certain points with issues of struggle as a queer person being addressed during fan Q&A’s. Queer Women of Color Representation in the Media featured many out scholars and women in the media such as bisexual actor Stephanie Beatriz who spoke on the struggle of finding opportunity to play queer Latina characters in the money-driven industry of Hollywood.

Each panel room at the festival is named after a prominent LGBTQ+ woman in the media, such as Audre Lorde, Alice Walker, and Marsha P. Johnson.  Aside from panels the 3-day event celebrating LGBTQ+ women also features a film festival of queer movies, a hangout area where fan-favorite lesbian scenes are playing on loop, a gaming area and of course vendor booths featuring fan-art and more from LGBTQ+ artists and writers.

The purpose of ClexaCon is not just to address issues of representation in the media but also to bring together the network of queer women who refuse to stay silent in the face of discrimination. Many of the activities before and after the convention were meant to build friendships and bonds between attendees with events such as Speed Friending, Badge Pickup Party, and Farewell Buffet Breakfast. Keeping to “The 100” theme of ClexaCon, the after party is called after the ritual for naming a new Commander – Ascension. ClexaCon is an international event to remind LGBTQ+ women, as Commander Lexa would say, “your fight is not over.”