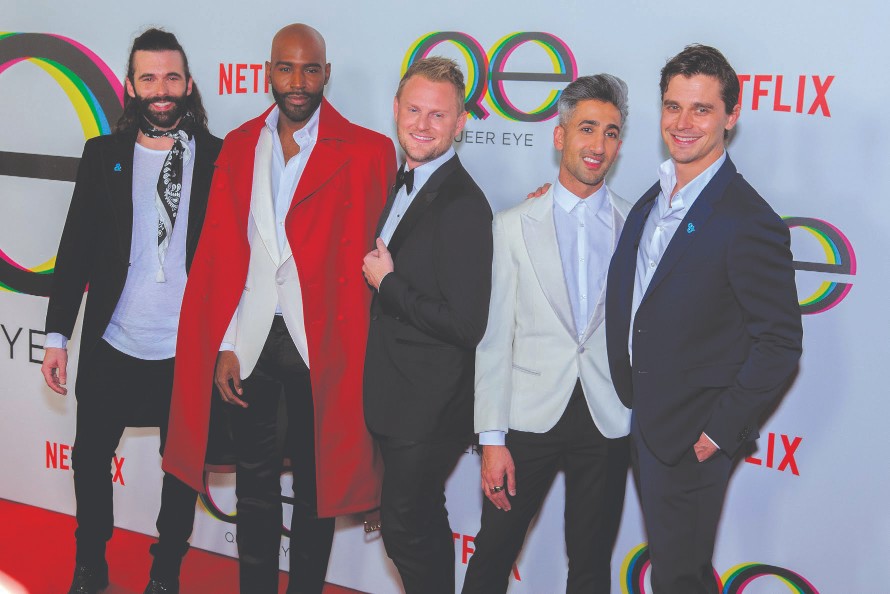 On February 7, devotees of the original Bravo hit “Queer Eye for the Straight Guy” stood alongside new and old cast members of the show to usher in a new era in the “Queer Eye” legacy.

“The original show was fighting for tolerance.” Says new Fab Five member Jonathan Van Ness in the first few minutes of the new show.  “Our fight is for acceptance.”

With Trump in the White House and the era of the “metrosexual” well over, “Queer Eye” is reaching out to a whole new audience to preach the virtues of male confidence, emotional sensitivity, and beard oil.

Present at the Red Carpet event were members of both the original cast and the reboot cast, as well as other Hollywood insiders.