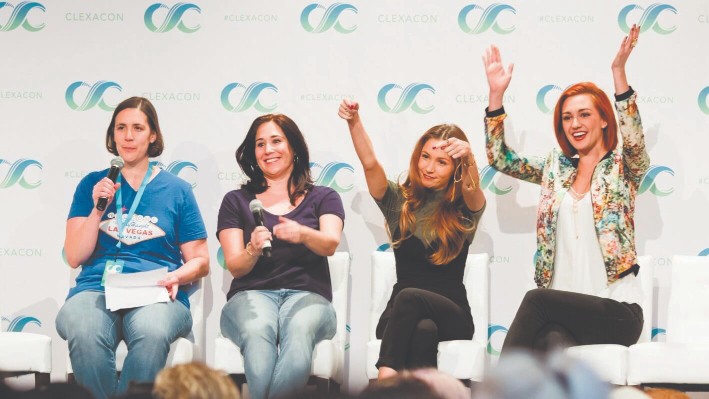 Representation has become increasingly important for women who love women, especially in media portrayals. Often enough, storylines of lesbian female relationships are dangled at gay audiences as a form of queerbaiting only to deliver short-lived story arcs. For many LGBTQ+ women, especially younger ones, the connection to these few characters portrayed on-screen are some of the only representation they experience. Yet popular lesbian and bi characters in the media are often met with abrupt and tragic deaths by showrunners. The trend of this trope for gay female characters has been dubbed “bury your gays” and “dead lesbian syndrome.”

One of those characters was Commander Lexa of the CW show “The 100” who died suddenly from a stray bullet despite her complex and well-received portrayal throughout the show prior to her unnecessarily devastating demise, adding to the “bury your gays” trope. The lack of consideration in how she was written off the show despite the impact her character as well as her relationship with the bisexual lead character, Clarke Griffin, had on the LGBTQ+ community. Her death inspired an uproar from the community against the trope. One of the most impactful and inspirational movements Lexa’s death has created is the annual ClexaCon which is the largest convention for LGBTQ+ women and allies promoting LGBTQ+ women’s representation in entertainment.

The convention returns for its second year at Las Vegas and includes special guests such as Anna Silk (“Lost Girl”), Natasha Negovanlis (“Carmilla”) and Sarah Shahi (“The L Word”). ClexaCon connects over 3,000 fans, celebrities, creators and writers from over 40 countries and all 50 U.S. states to celebrate queer female characters and stories by and for queer women.

Last year’s inaugural event included Sara Ramirez, known for her role as bisexual Dr. Callie Torres from “Grey’s Anatomy,” expressing her own struggles as a biracial and bisexual woman during a queer women of color pop-up panel. Ramirez was just one of the major figures at the event who created conversations to counter the lack of representation of queer female characters as well as directors, producers and writers.

This year plans to do the same with many familiar faces of the few beloved queer characters on-screen as well as some of the women who work behind-the-scenes to keep that representation afloat.

In the current political climate, ClexaCon presents an opportunity to embrace diversity and inclusion and represent as well as open the conversation on where queer women stand behind and in front of the camera. The 2018 convention takes place April 5-9 at the Tropicana Hotel in Las Vegas.