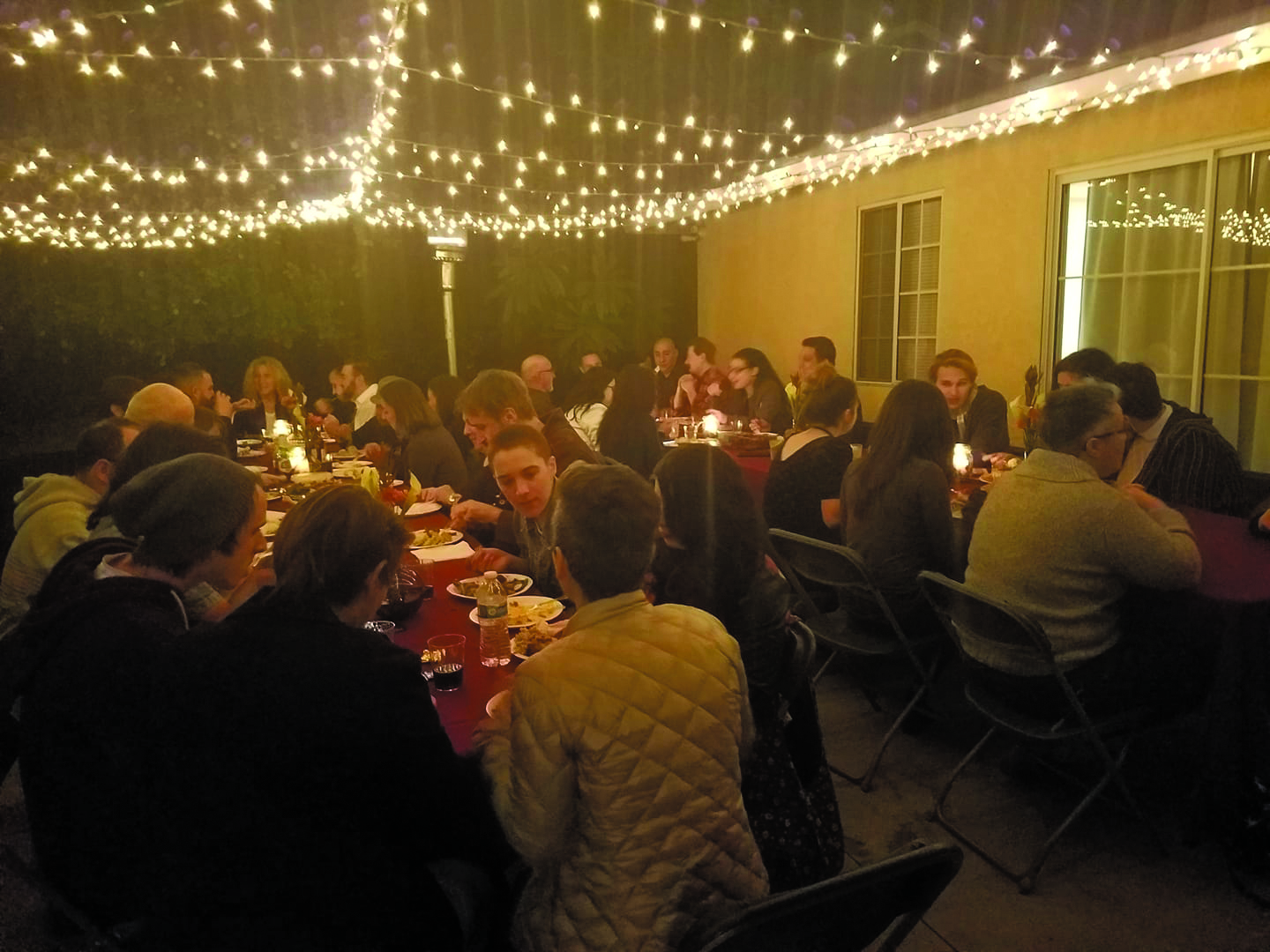 Growing up with immigrant families as a LGBTQ+ person often creates conflict between one’s cultural and sexual identities. It’s not uncommon that this clash presents a need to compromise one for the other. Learning to live within a host of identities is, however, a lot easier if you live a city as large and diverse as Los Angeles. L.A. not only has a historically large LGBTQ+ community, it also has, according to the US Census, over one million foreign-born residents. This diversity is a part of the city’s identity as a place where immigrants, DREAMers, queer folk and independent thinkers can come to as a kind of cultural sanctuary.  Although people all across the LGBTQIA+ spectrum celebrate their intersectional identities in Los Angeles, it can still be a struggle to fully accept our cultural and queer identities as one.

One of the organizations in L.A. that is striving to create a safe and supportive space for all intersections of identity for people who grew up with a strong sense of culture is the Gay and Lesbian Armenian Society (GALAS). L.A. has one of the largest populations of the Armenian diaspora. Since its inception in 1998, GALAS has catered to Armenians in the local LGBTQ+ community, offering support, community, and service to L.A.’s diverse queer Armenian community. Although GALAS is located in West Hollywood, its services are available to different parts of the city as well.

Mel Saroyan, who has been with the organization since the beginning, remembers how far they have come since starting as means of creating dialogue and visibility within a culture that, like many, refuses to acknowledge gay identity. From providing booths at L.A. Pride marches to screening the revolutionary documentary bringing forth the stories of LGBT folk living in Armenia, “Listen to Me,” GALAS looks forward to acknowledging, supporting and empowering the existence of LGBTQ+ Armenians. In the years to come, Saroyan sees GALAS strengthening its commitment to open discussions on topics concerning the community and providing opportunities to do so that are often unavailable to them.

As GALAS celebrates its 20-year anniversary in 2018, board member Lousine Shamamian remembers the organization’s core values. “GALAS formed 20 years ago because people weren’t willing to abandon their Armenian identity in order to explore the rest of who they were, and in particular the way they wanted to love. GALAS continues to exist in order to facilitate and support this safe space which we see growing to one day include the homes of all Armenians.”

Family is a huge part of Armenian culture and acceptance from family members is imperative for queer Armenians. To encourage Armenian homes to become a safe space for LGBTQ+ people is the ultimate bridge that has GALAS works toward crossing as a monumental step forward for those struggling with the merging of cultural and queer identities. One of the ways that GALAS plans to incorporate family into the discussion is through Soorj Sessions. Drinking soorj, Armenian coffee, is tied deeply to tradition and family since it is often something that brings everyone together in order to sit, chat and drink. Bringing the experience of making and drinking soorj into a discussion about LGBTQ+ identity within the community will aid in a smooth transition into melding two identities that were assumed to be at odds. “Armenians sometimes feel stuck in the pre-Stonewall era,” Shamamian told The Pride L.A. “Armenians, like many other immigrant populations in the US, struggle with the intersectionality of their ethnic identity, sexual orientation and gender identity.”

Ultimately, GALAS aims to garner enough support to help eradicate the thought that being gay is shameful and something that is not Armenian. “We also want to encourage the participation of our allies within and outside the Armenian community to join us and to help erase the word amot, which means shameful, from our vocabulary when it comes to addressing LGBTQI+ issues,” Shamamian stressed.

This is why organizations like GALAS are crucial to bridging those identities and creating a safe space that many Armenians, such as board member Erik Adamian, never even imagined would exist. “I had no idea a community of LGBTQ+ Armenians existed anywhere,” Adamian said. “We need LGBTQ+ Armenians to get involved with GALAS, to join forces to help destigmatize LGBTQ Armenian narratives, and to show everyone that we exist: we are Armenian, we are LGBTQ, and we are not going anywhere.”