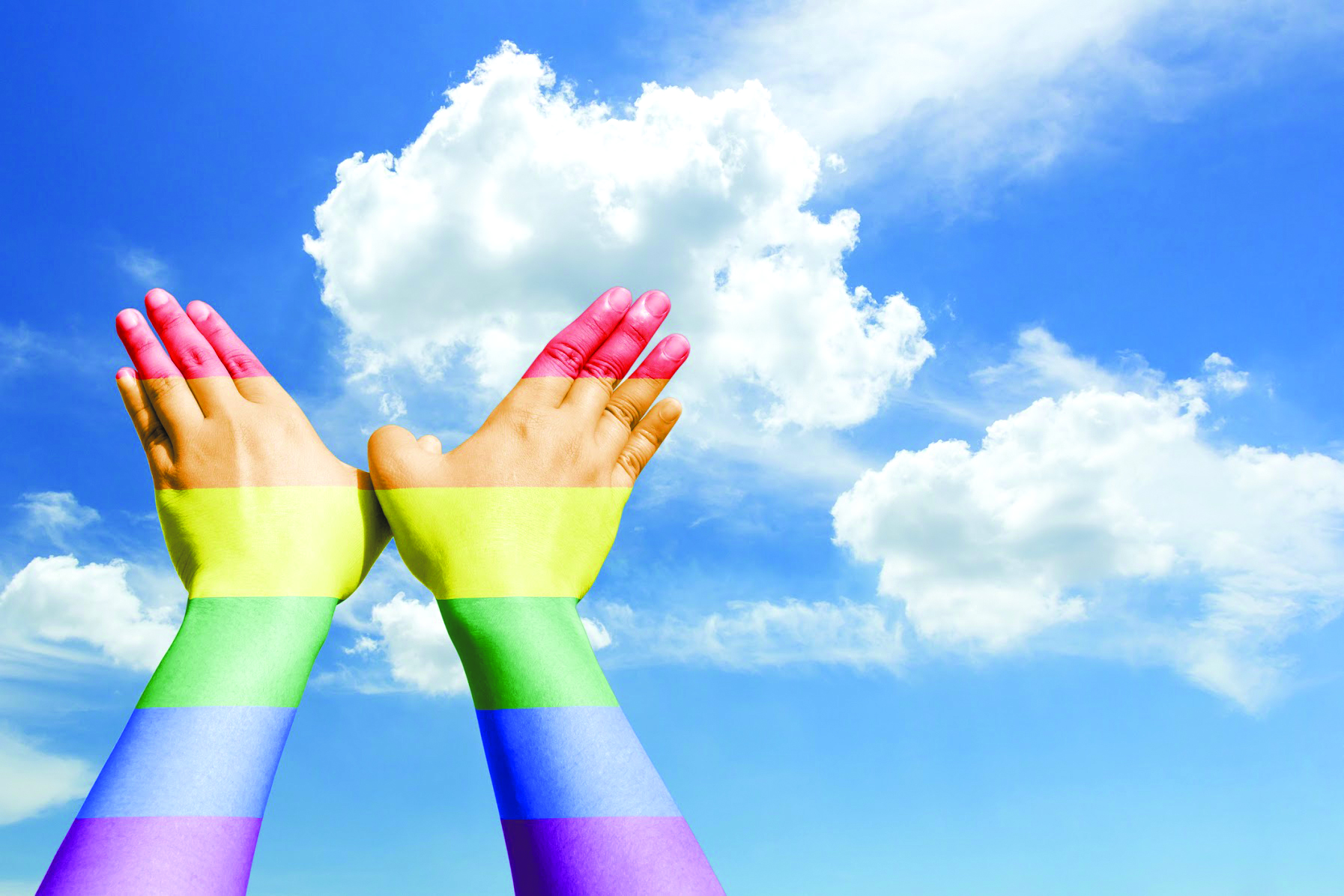 There’s no getting around it: This has been a hard year. Not just for LGBTQ+ folks (though let’s face it, we’ve suffered our share of below-the-belt punches) and not just for the people in this country that already went into the New Year feeling frightened and in shock. Across the board, we’ve experienced some growing pains, as well as shrinking pains. From the current White House’s more questionable decisions regarding immigration and foreign policy, to the queer leaders we’ve lost, to the high death count of transgender and nonbinary folks that seems to just keep growing, right down to the number of spree shootings and natural disasters, it’s been a lot.

Nobody likes a Pollyanna, and more than that, nobody wants to be a Pollyanna. Through a pretty horrifying year, our community has managed to get quite a few things done. In the midst of chaos, fear, and a deeply divided national outlook, we managed to create a solid through-line of progress that is simply too remarkable to be ignored. On the federal level, we have battles still to be won. On the state-by-state level, we’ve been showing up to the polls, calling out voter suppression, and casting our votes for the people we believe in. In the media, we’ve been standing up to bullies and daring to create stories that show us, in some capacity, reflected or predicted on screen. And we haven’t stopped there. We raised funds for causes we care about, made phone calls to our local council, created strong community ties and fought to keep our history alive (just ask the new leaseholders of beloved Venice gay bar Roosterfish.) In short, we’ve done a lot, and that’s something to be proud of. As queer people, as Californians, as Americans. If you’re still feeling the urge to cast a gloomy eye on the past twelve months, here are some reminders of what’s changed, and what’s to come in 2018.

-California is fighting to become a sanctuary state. Cities like Santa Monica have already claimed sanctuary status. We’re also fighting hard to support LGBTQ+ DREAMers who make up such a large part of California’s cultural identity.

– Our history is being preserved more carefully and thoughtfully than ever. This year, the ONE Archives at USC got a grant to digitize their gigantic collection of papers, documents, photos, and flyers documenting queer life in Los Angeles dating from the 40s onward. This year also marked the first year one of the most explicit Mexican lesbian films, “Muchachas de Uniforme,” received its first U.S. screening at Outfest in L.A.

-Our seniors are being taken care of. Not only is Wisconsin democratic senator Tammy Baldwin fighting for equal protections for LGBTQ+ seniors across the country, here in Los Angeles, the L.A. LGBT Center just got 4.9 million dollars of funding approved to build affordable senior housing in Hollywood.

-California law is starting to recognize nonbinary individuals across the state. In October, Governor Jerry Brown signed the Gender Recognition Act, making California the first state in the nation to pass such a sweeping law recognizing a nonbinary gender identity.

-Predators and bigots are growing less powerful. In addition to the reckonings predators like Kevin Spacey and Harvey Weinstein have had to face, the men in power who stand for intolerance and turning back the clock of progress are losing their grip on the American public. Just this month, after Donald Trump’s proposed trans military ban was already rejected by a Federal judge, the ban was rejected for a second time, while alleged child molester and outright homophobe Roy Moore lost his Senate seat to Democrat Doug Jones, marking the first time the deep red state Alabama has turned blue in 25 years.

– In keeping with the spirit of “out with the old, in with the new,” this year’s state-by-state elections proved extremely positive for first-time, progressive candidates and LGBTQ+ hopefuls running for office. In addition to Danica Roem’s historic win in Virginia, counties in red states like Montana and North Carolina elected black women to office, while openly transgender candidates won big in Pennsylvania, Minnesota, and California. In Palm Springs, the election of openly trans candidates Lisa Middleton and openly bisexual candidate Christy Holstege made Palm Springs the proud home of America’s first all-queer city council.

–LGBTQ+ characters in the media are more visible than ever. According to a study conducted by GLAAD this year, 2017 marks the highest ever number count of diverse characters within the LGBTQ+ community, including transgender characters with more than a walk-on appearance, and asexual and nonbinary character. With new, queer-focused shows like Ryan Murphy’s “Pose” coming out, as well as “Moonlight” and “Call Me By Your Name” paving the way for queer stories to win big at Cannes and the Oscars, 2018 is looking good for queer-made, queer-centric stories being told on screen.

-The nostalgia wave has gone gay. Not only is a “Queer Eye for the Straight Guy” reboot on the way from Netflix, this year creator Ilene Chaiken announced she’ll be bringing back the original cast of her groundbreaking series “The L Word” for another season.

-Throughout the world, third gender and nonbinary options are being recognized and respected by law. Not only do Germany and Scotland now recognize nonbinary gender options legally, in Sweden, gender-neutral kindergartens are being put into effect.

-Even sports are getting queerer. In addition to L.A.’s own Varsity Gay League and Venice’s new football watching party “Gay Gridiron,” the L.A. Dodgers continue to celebrate their legacy of acceptance and queer positivity by hosting a family-friendly Pride night for the first night of L.A. Pride. This was the first year the team officially teamed up with L.A. Pride to make the event happen.

From our (chosen) family to yours, we wish you a New Year filled with beauty, love, and that fighting spirit that’s going to take us through a better, safer, queerer 2018.