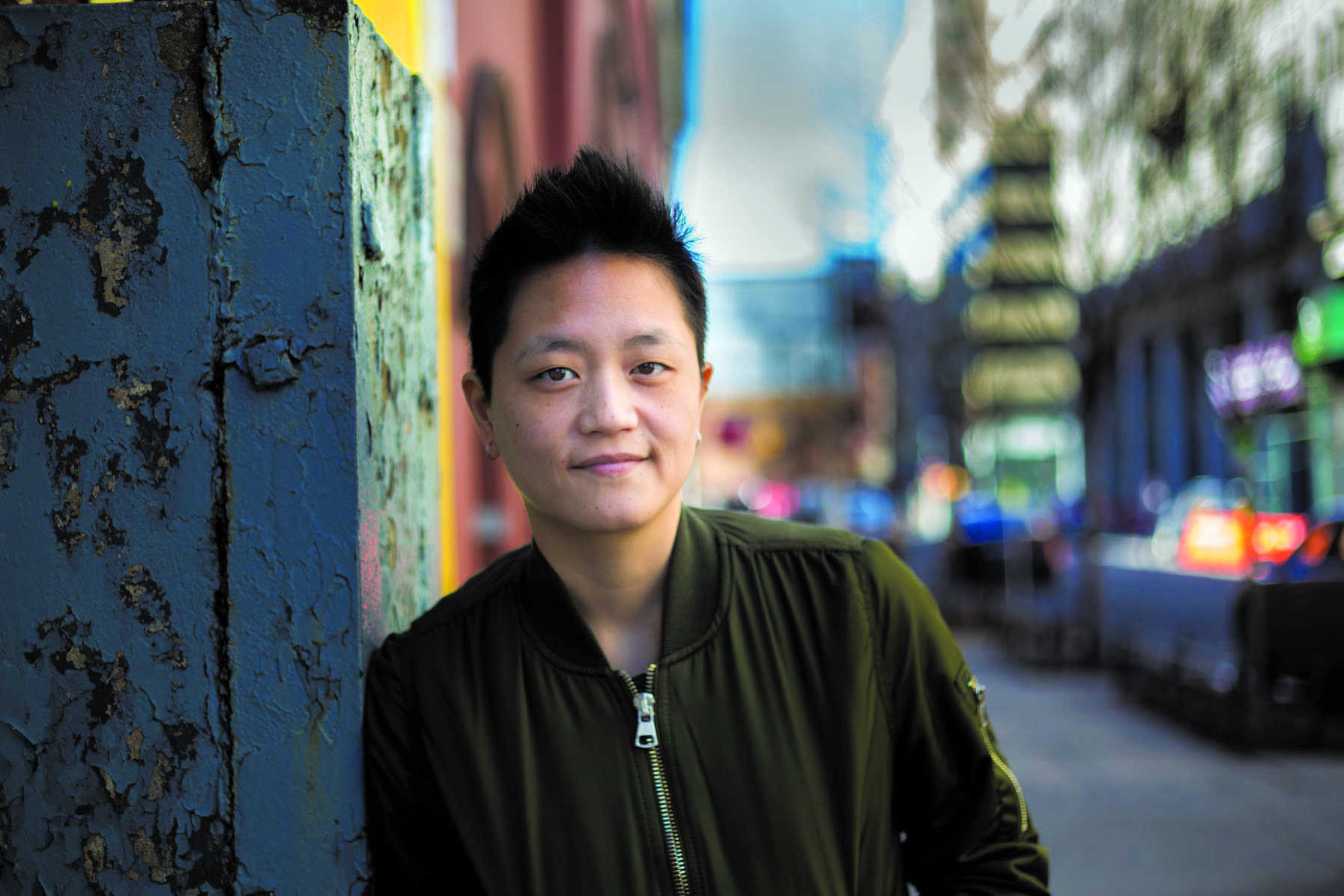 When Kathy Tu and Tobin Low’s podcast “Nancy” came out via WNYC earlier this April, it was announced by way of a two-minute prologue promising “a show about all things LGBTQ and beyond.” But it wasn’t going to be “‘Will and Grace’ the podcast,” and it wasn’t going to be your average gay pop culture show. Low and Tu made that clear from the start. “Nancy” was going to be a show about “the experience of living as a queer person,” as Low later told TIME magazine, ”and not about the idea of queerness.”

This subtle but important distinction was the subject of talks at this year’s Werk It! Festival, a gathering of women-headed podcast creators, diverse hosts and producers from the podcasting world from October 3-5. Werk It!’s focus was on how to diversify the podcasting industry from top to bottom, both in terms of gender and race. And when it comes to discussions of diversity, more often than not, Tobin Low’s choice of experience over abstraction wins out.

Because podcasting is a non-visual medium, it comes with different strengths, and different risks, than more traditional media outlets. It can also allow for shows that play with a listener’s expectations in new and interesting ways.

“By the way,” Tu says at the end of the “Nancy” teaser, “we’re both Asian. You thought you were listening to white people this whole time. That’s on you.”

The history of podcasting, in its current iteration, spans only some 13 years. In the past three of those years alone, we’ve seen something of a golden age of podcasting, with shows getting deeper, more complex, and psychologically developed when it comes to discussions of the human condition. The podcasting landscape has also become extremely diverse, with queer voices and people of color creating some of the most praised and downloaded podcasts across the country: Tracy Clayton and Heben Nigatu’s “Another Round,” Crissle and Kid Fury’s “The Read,” Jessica Williams and Phoebe Robinson’s “2 Dope Queens” and Tu and Low’s “Nancy” just to name a few. The stats, however, reflect a different reality.

By 2017, women were in 33percent of the top 100 podcasts on the Apple Podcasts chart, according to a WNYC Studios analysis. Of these shows, 21percent were hosted by women, 12percent were co-hosted by women and the other 67percent hosted by men.

The current studies don’t begin to reflect the industry breakdown of queer voices, voices of color, and other elements of industry diversity.

This was what the Werk It! Festival was designed to do: Figure out how to diversify the current podcasting climate and amplify the voices in the industry that are already making a difference. This year, for the first time, Werk It! took place in Los Angeles.

“It was a confluence of it being the entertainment capital and people wanting to get together.” Said David Coltrone, a publicist at WNYC.

Before Kathy Tu was at WNYC as the co-host of “Nancy,” she’d been working on some of the most successful podcasts on air, like Nate DiMeo’s “The Memory Palace” and “The Mortified,” a “Moth”-like podcast where adults record their most embarrassing stories for a live audience.

“I realized when I left a show,” said Tu, “they had really valued having a woman on their team. When I was leaving, they really wanted to replace me with another woman. And I didn’t realize I was giving them that until I was leaving. It wasn’t something I was thinking about.”

Tu believes that an important aspect of bringing out diverse voices in podcasting is focusing on building an all-around diverse staff.

“In the conferences I go to, there’s almost always a diversity panel,” Tu said. “The same thing gets talked about each time: We need representation, how do we get it? I think it’s important to have representation in various roles through the company, not just as talent or as front-facing roles of being hosts. It feels like we’re still in the place of trying to do better but not quite there yet.”

This year’s Werk It! Festival featured live performances and discussions by the people behind a few of the most boundary-pushing podcast on air, including “2 Dope Queens” with Jessica Williams and guest co-host Naomi Ekperigin, BuzzFeed’s “Another Round” with special guest Amber Rose, and “Death, Sex & Money” with special guests Niecy Nash and Alia Shawkat. “Master of None” writer and recent Emmy winner Lena Waithe was also in attendance. Kathy Tu’s panel was called “Don’t Point,” and featured Rebecca Carroll the Editor for Special Projects at WNYC, Nigel Poor, the producer of Ear Hustle, and Moderator Aminatou Sow, the co-host of “Call Your Girlfriend.” The concept of “Don’t Point” was simple:

“It’s about how to talk about people who are different from yourself,” said Tu. “I basically try to say something more than ‘don’t do it!’”

What Werk It! has tried to do, since first launching in 2015, is to bring discussions of diversity and change in podcasting to the forefront. As a growing, quickly-changing facet of the entertainment industry, podcasting is becoming more and more influential as a medium. As exciting as the podcasting golden age feels for those of us listening, one fact still remains: Podcasting is an industry above all else. That means that when it comes to making a change, money is still one of the biggest factors.

“When you’re just starting to freelance,” said Tu. “So much emphasis is placed on trying to make money that you take what you can get in terms of jobs. And it’s kind of a bummer that there isn’t much representation in the field now. The entire genre could do better.”

As with most things, “doing better” across the podcasting industry and the entertainment industry comes down to funding.

”You still need backing, and it’s hard because if companies with the resources to back shows by people of color aren’t using those resources to do that, those podcasts aren’t getting made,” Tu said.

Edison Research just came out with a study showing that close to a quarter of Americans listen to podcasts regularly, with the top 10 iTunes podcasts averaging one million downloads per episode. With more and more Americans tuning in daily, podcasting might be the medium to bring about the country’s next great creative renaissance. Or they might just continue to help us keep their eyes and ears open to change.