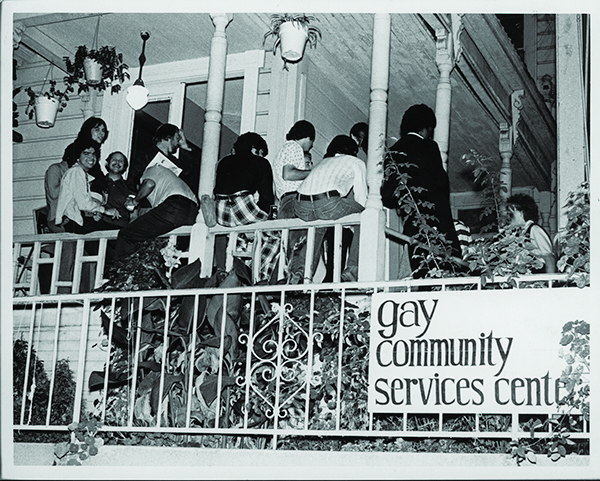 By the time Edmund White’s travelogue “States of Desire: Travels in Gay America” came out in 1980, the carefree world of unprotected sex and bathhouses he described seeing in his travels was already well on its way out. By the end of 1981, a mere year after “States of Desire” reached audiences, the AIDS epidemic was already reshaping gay life and gay sex, killing 121 gay men by early 1982. The world White chronicled in his travel book would never be the same, and the way of life White by turns appreciated and condemned in “States of Desire” would not be reclaimed until decades later. And even then, not with the same carefree abandon that marked the prelapsarian pre-AIDS era.

To read “States of Desire” today is to be bittersweetly reminded of such a time not too far in the past, when rights were being fought for across the country and sex was being had at a rate to rival that of the Grindr era. White doesn’t just focus on the urban capitals during his journey. He takes in all of America, from the “gay capital” of San Francisco to Salt Lake City, Denver, and the Southernmost tip of Texas. The book’s existence was almost a radical statement: The kind that had already existed for so long at the heart of the movement: In the words of Harvey Milk, “we are indeed everywhere.” Even where you’d least expect us. But White begins his cross-country journey, tellingly, in L.A.

In Los Angeles – a city which White calls “a haven for hedonists,” – we see a familiar unfolding of hungry midwestern implants looking get into the movies, predatory producers and directors, and a host of gay-themed films which will never see the light of day, namely “The Front Runner,” an athletic drama which Paul Newman once toyed with producing, and “Good Times/Bad Times,” whose script was written by the author of “A Chorus Line.”

White finds much to make fun of Los Angeles, from the politeness of his hosts to the garishness of the city’s strip malls to the endless sunlit days. But he gives Angelenos some credit, especially where cruising is concerned:

“For cruising, gays go to Robertson Boulevard between Third Street and Beverly, especially the little park [West Hollywood Park] where barechested men sun or work out. The leather bars are all on Melrose as is Hardware, the boutique that carries not only the usual slave bracelets and athletic socks but also windbreakers and boxer swimsuits in semi-transparent, bruise-colored sleaze…Griffith Park is cruisy, especially the footpaths near the Greek Theater. Hilldale Street is always busy. But Santa Monica Boulevard remains the Great Tan Way of cruising.”

The list of lost L.A. gay bars and cruising spots is almost endless, and kind of tragic, if only for the loss of the names alone.

“Among the leather bars, the One Way is druggy, Griff’s is for older numbers, the Stud is good on Sunday afternoons. At Larry’s there is a ball and chain cast down on the bar, but it seems no more authentic than a spinning wheel in a Williamsburg eater.

“My favorite tavern was the Detour, the easier pickup place right now…Boots in pairs are suspended by their laces from the slats over the bar. In one corner hangs a glass ball in which the silhouette of a stagecoach slowly revolves. In the very back is a pool table. There is no room for playing a game since shirtless, sweating men, standing four deep, are boogying in place and sniffing poppers to the disco music.

“On Santa Monica, across the street and two blocks down from Rascals, is the Blue Parrot. Here you can pick up the same beauties who snubbed you at Rascals earlier.”

And so on. White also makes mention of the once-mighty L.A. bathhouse scene. The 8709 Club Baths, he says, were the best of the bunch.

“These bodies are silken, tan, hairless…In L.A. the body is slender, the buttocks pneumatic with youth, a trail of gold dust shading the hollow just above the coccyx and between the pecs.”

Even more fascinating than thinking about how little the L.A. body type has changed (with the addition of a few more bears, one supposes) is considering how drastically everything else White describes has. White’s L.A., full of gay bars, baths, and cruising-only promenades, has made way for a host of cupcake shops, coffee joints, and bars with no known denomination. Of course, the change isn’t all bad – White notes that most gay men in 1970s Los Angeles have had a harrowing run-in with the vice squad – but it’s sobering to think about. When White started writing “States of Desire,” he might not have known that he was documenting a type of history, made of brick-and-mortar locations, transient scenes, and whole city blocks, that was soon to be paved over. Today, the bathhouse is no more, and the gay bar is on its way out, taking decades of L.A.’s history along with it.