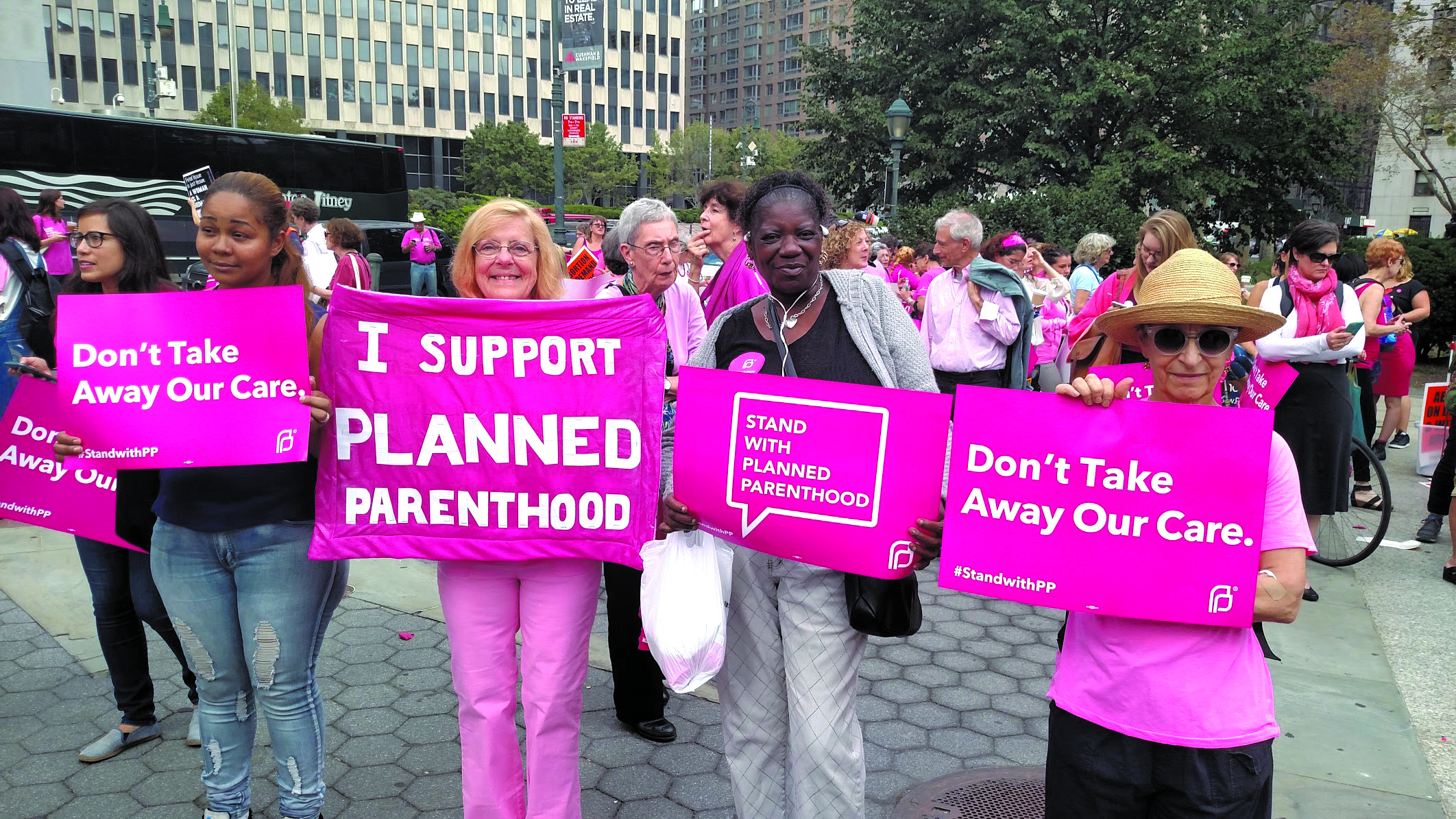 It’s not an easy job ensuring that reproductive rights are accurately represented in the media, but someone’s gotta do it – and that someone is Caren Spruch, the Director of Arts & Entertainment Engagement for Planned Parenthood Federation of America. As the mouthful-title suggests, there are many intricacies to what Spruch does. The established names Spruch works with, including Jill Soloway, Rachel Bloom, and Shonda Rhimes, have all helped to forge a positive and authentic representation of the current healthcare landscape when it comes to women and queer people’s reproductive rights.

Elsewhere, Spruch has also been a strong driving force behind all that Planned Parenthood memorabilia you’ve probably noticed being flaunted on the red carpet (Emma Stone wearing a logo pin at the Oscars, for example.) Working with actors and writers in the Hollywood community is part of why the depiction of such plot points as a female protagonist getting an abortion have been far less “this is a horrible thing” and much more “this is just a choice I need to make right now” (e.g. on the likes of “Jane the Virgin” and “Crazy Ex-Girlfriend.”)

As Spruch herself pointed out in an interview with Refinery29, “We’ve seen a lot of progress on portrayals of women’s health in entertainment, especially storylines about abortion on TV…  This signals a real and important cultural shift. These storylines work so well because they mirror the decisions and experiences of women all across America with regard to pregnancy and family. Emotionally authentic portrayals of sexual and reproductive health issues on TV and in film are more important now than ever, as women’s health and rights are under constant attack from politicians.” She was certainly classy enough not to name one specific name in particular with regard to the current attack on women’s rights. But we will! It’s Trump.

And, speaking of, the now historic Women’s March that occurred in major cities throughout the U.S. on January 21, 2016 – timed as a cutting statement against the inauguration of the current president – there were plenty of celebs who turned up in the trenches of New York City sporting their Planned Parenthood garb, Amber Tamblyn (pictured with a more apolitical Blake Lively) among the hordes.

The invaluable support and sharing of information Spruch and the Planned Parenthood organization has provided is far-reaching in “the way [they] collaborate with producers, directors, writers and actors,” which depends from case to case, but, in general, “[they] can review scripts for medical and legislative accuracy, share the latest data, research and messaging on reproductive and sexual health and legislative issues, arrange consultations with healthcare providers or educators, coordinate filming at Planned Parenthood health centers, generate storyline ideas, and provide T-shirts, posters and other items for set design.” “Broad City: will be the latest in a surge of female-oriented shows to feature Planned Parenthood as a backdrop for one of their episodes, not that Abbi and Ilana haven’t already publicly declared their support for the organization long ago.

What it all spells out, of course, is that the future is very much female, and Spruch is just one of numerous women helping to spur it along.