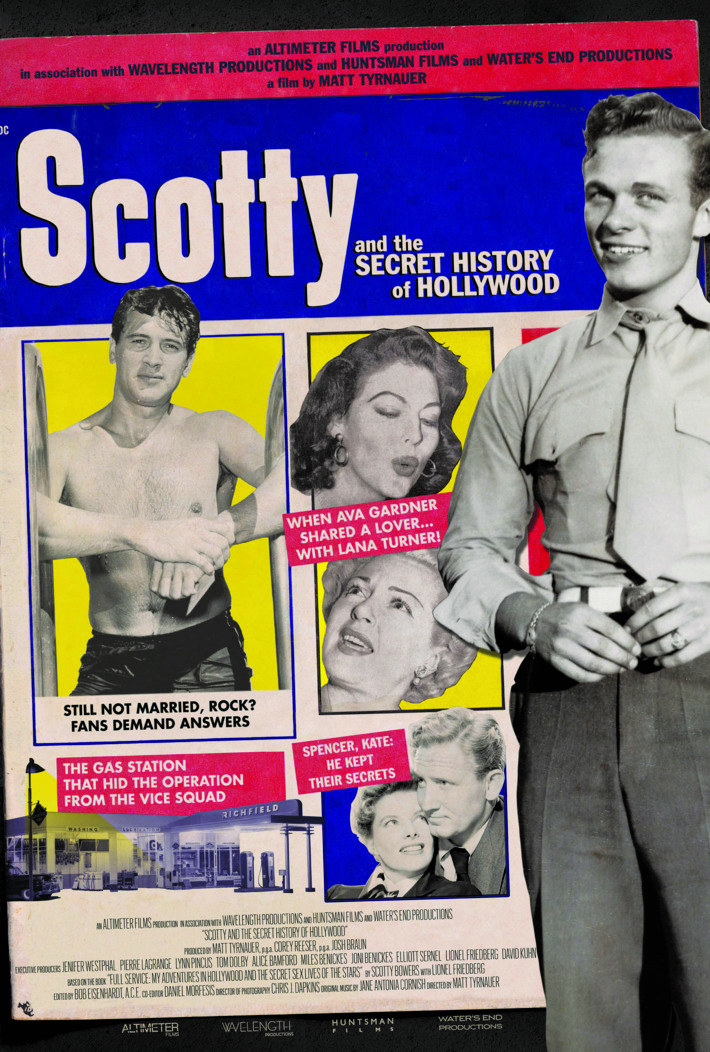 Sometimes, heroes come in unlikely forms. In fact, sometimes the truest hero is the one who helps get you laid. Especially in a place and time when being gay and discreet was a necessity. That’s just what Scotty Bowers, currently 94-year-old, did for the gay stars of the 1950s Hollywood studio system, a time when even the faintest rumor of queerness was enough to send stars rushing to the nearest altar (Van Johnson, we’re looking at you.) Matt Tyrnauer, the director of 2008’s “Valentino: The Last Emperor” and an upcoming documentary about the controversial gay politician Roy Cohn, has created a tribute to Scotty Bowers’ legacy in “Scotty and the Secret History of Hollywood,” a documentary that just premiered at the Toronto International Film Festival.

Bowers, an ex-marine who scored a job first as a hustler and then as a procurer to huge Hollywood stars (largely out of luck) first moved to Hollywood after the war, scoring a job at a gas station on Hollywood Boulevard. He quickly turned the job into a much more lucrative gig, after the “Mrs. Miniver” and “How Green Was My Valley” actor Walter Pidgeon propositioned him. His reputation grew from there, and he soon realized he was going to need a bigger brothel.

Throughout his career, Bowers helped such stars as Cary Grant (and his partner, the actor Randolph Scott,) Katherine Hepburn, Rock Hudson, and the Duke and Duchess of Windsor achieve coital bliss with discreet same-sex partners. And he did it all under the radar.

“All these people lived in a society where homosexuality was shunned and they had to live lives in the shadows,” Tyrnauer told Vulture. “Now they’ve lived into a period of tremendous openness, by comparison, and it’s interesting to see.” Bowers recently had a hand in writing a book detailing his exploits, aptly titled “Full Service.”

The tragedy of how certain lives had to play out during the conservative post-war era is evident in the botched, beleaguered, or straight-up sabotaged careers of actors like Hudson, Sal Mineo, and even Greta Garbo earlier on. What Bowers did for Hollywood’s gay men and women was a radical act, and the openness with which he speaks about it in “Scotty,” as well as how he speaks about his own fluid sexuality, is as radical as it gets. Like his friend Gore Vidal, Bowers shuns labels, preferring instead to say that he’s “everything.”

To be open to things which were so culturally forbidden as to be rendered nearly invisible is no small feat. With Bowers’ help, suffering people didn’t have to shut themselves off to the sexual side of life. And today, at 94, he keeps helping us, as what were once secrets now, thrillingly, come to light.