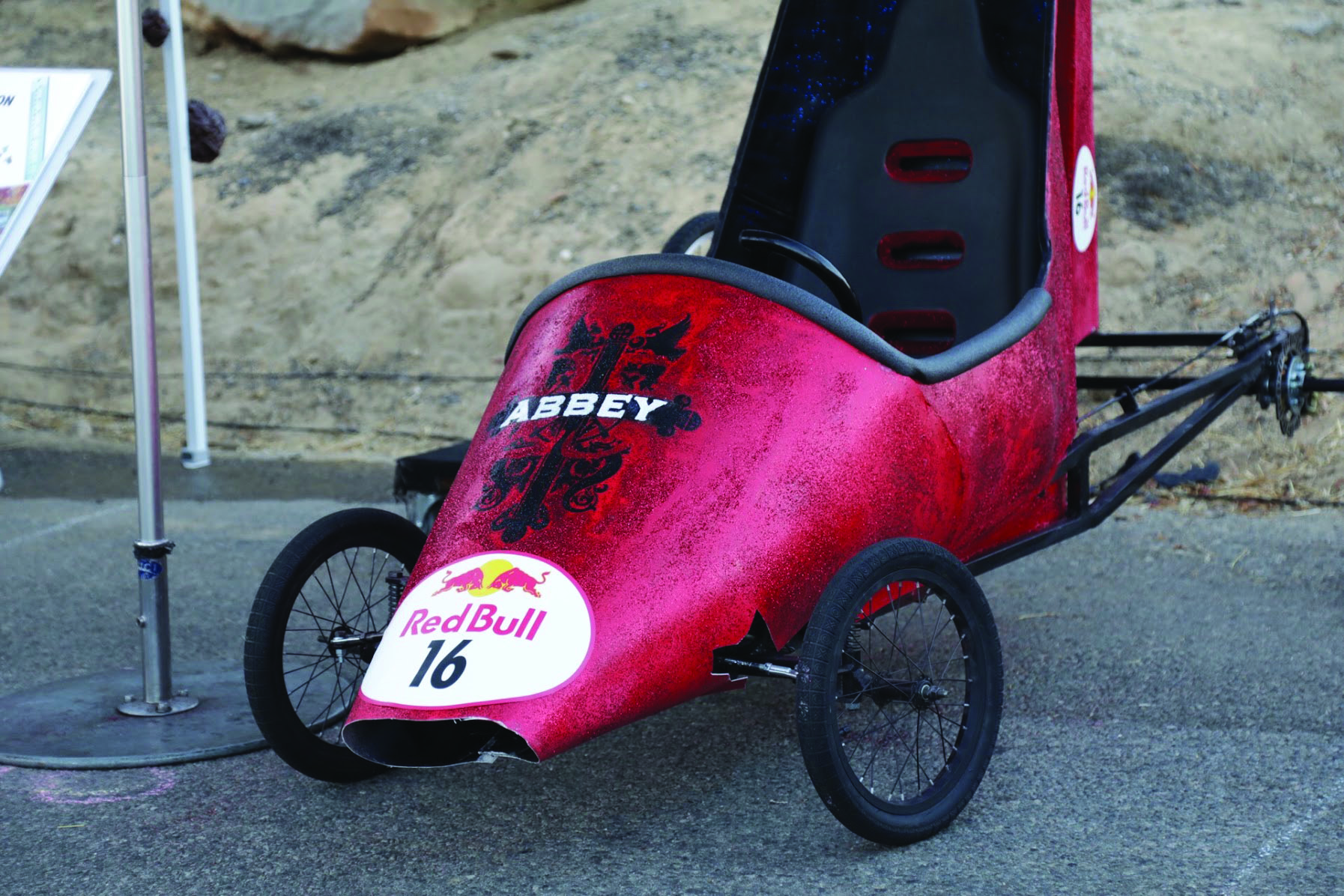 Finally, the best of both definitions of drag races collide. That’s right, this past Sunday, August 20, at Angels Point Road in Elysian Park, 64 teams – including those consisting entirely of drag queens – came together to create their own unique racing vehicles and went toe-to-toe, quite literally as The Abbey of West Hollywood’s ruby red slipper design proves. And yes, of course it’s inspired by “The Wizard of Oz.” Judy Garland was certainly watching over one of The Abbey’s most acclaimed drag stars Rhea Litré as she steered the heel toward glory. She also had four other queens at her side to help her in her quest. Even though The Abbey’s “Heel on Wheels” didn’t bring home the gold, they certainly put on a show.

It wasn’t just aesthetics that served the Heel on Wheels – though that certainly helped. These homemade soapbox crafts aren’t just a testament to the innovative and creative nature of drag and all that it touches, but also part of the craft’s full functionality. While the human-powered soapbox is just that – human-powered – there is a certain amount of technical skill to the lo-fi automobile as it must also come equipped with brakes and steering. To boot, the judges (including Ryan Seacrest) were on alert for the very best in showmanship and theatricality as teams made their way through the half-mile course.

With the stunning backdrop of Elysian Park to punctuate the drama of the event, the Redbull Soapbox Race offered up the high-octane pitch one would expect from any drag show at The Abbey. And with Litré’s notoriously bawdy sense of humor, this race proved a laugh a minute. Multiple food vendors were found onsite, and the race provided a chance to meet with the competitors themselves when the pits opened at 10 a.m. Viewers had a chance to size up the soapboxes and vote for their fan favorites. Now in its twenty-sixth year of operation (mind you, it started out as a modest coffee shop,) The Abbey continues to solidify its mainstay status in the gay and drag community – they’ve got a soapbox to stand on to confirm it!