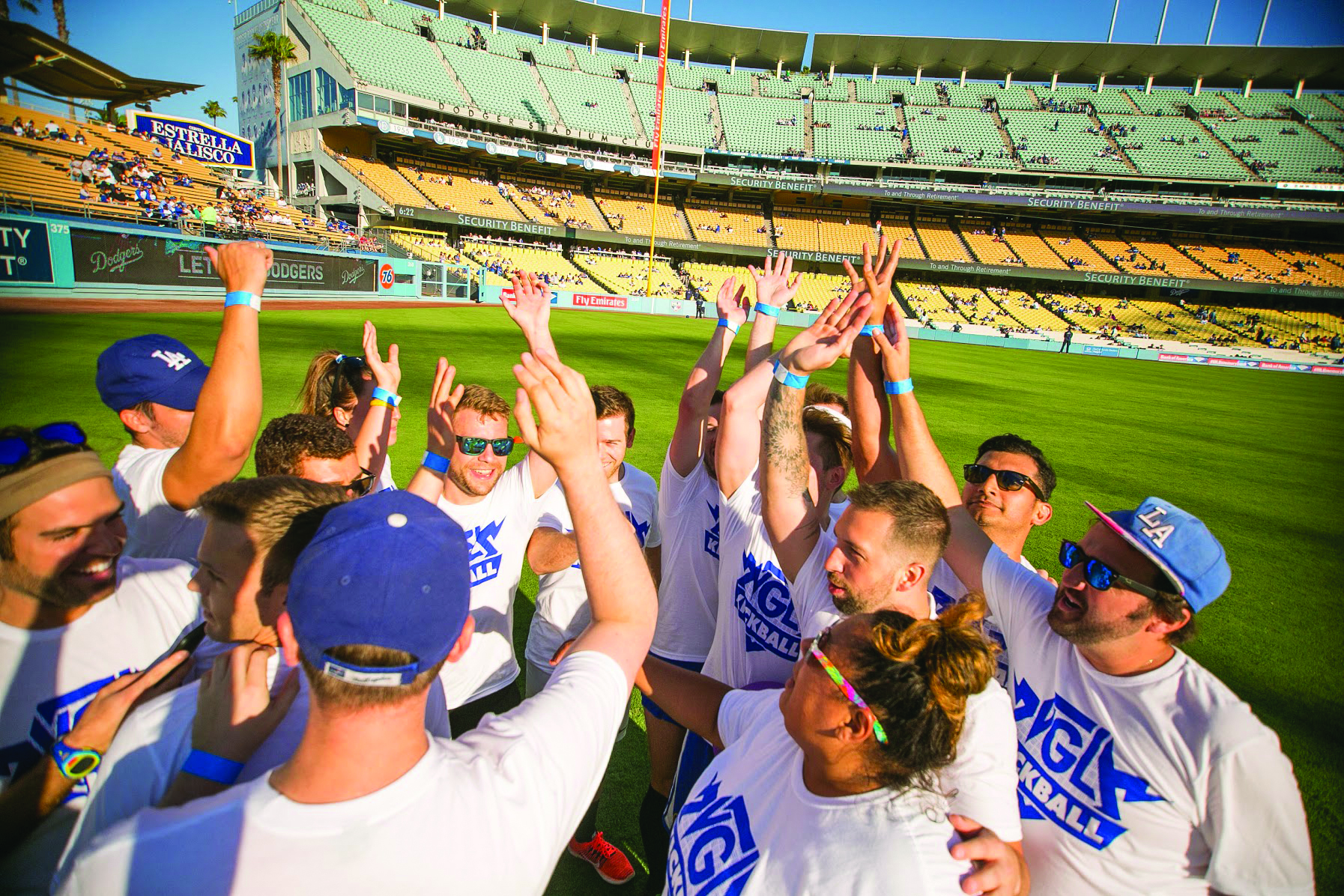 When Will Hackner started the Varsity Gay League all the way back in 2007, it was against the backdrop of a rapidly changing nation. In 2007, Obama was campaigning for his first Presidential term. California was still a year away from legalizing gay marriage. In terms of major league sports, being out and gay was still taboo.

Hackner’s idea to form a recreational sports organization – one that was specifically focused on the LGBTQ+ community but open to everyone – wasn’t as intuitive as one might think. In 2007 in Los Angeles, there was nothing like it. Beyond that, the idea of radical inclusion hadn’t hit the mainstream yet.

For Will, it was a no-brainer. Having a place where anyone – Men women, young old, gay, trans, bi, athletic, unathletic – could congregate and play was something L.A.’s queer community needed. Ten years later, it’s more than stood the test of time, expanding and branching off into new leagues and playoffs as it grows.

“We’re basically a totally inclusive community of people who just want to get together and have fun,” said Hackner. “It’s a way to socialize outside the bars, make a friendship or a connection, enjoy the day, get outside, learn a new skill, be competitive, gain confidence. It’s focused on everything that’s positive about sports, not on tearing someone down or beating someone up because of who they are or what they look like.”

Hackner has been running the organization single-handedly, with a bit of help from a friend in the early years, for the past decade. In all that time, his vision for the league has only gotten broader.

“When I first started, I wanted to do summer camp games,” he said. “Things that were quirky and fun and out of the box, like catch the flag, kickball, Easter egg hunts, scavenger hunts. And then we moved into kickball as our first league in 2011. The conceit behind doing kickball was that it’s a game that anyone can play. While a game like softball is a hugely popular sport in the LGBT world, it’s also sort of limited in some respects, because there’s a lot of different levels of skill. Whereas with kickball, it’s a ten-inch bouncy ball that’s coming your way, anyone can put their foot in front of it. So it removed that barrier of entry that I think a lot of people have who are intimidated by sports so they can come and play with us.”

After that, the league started taking on bigger projects, eventually branching into bowling, tennis, soccer, volleyball, and flag football. All the sports that, according to Hackner, “aren’t the traditional softball, basketball milieu.”

A big part of the league’s success is its emphasis on play, fun, and optimism. “There are no tryouts, no skill requirements,” Hackner said. “You just have to have the courage to say, ‘Yeah, I want to do it.’”

With this, of course, comes its own set of interesting challenges. Because teams are made up of players with different skill levels, there’s always a good mix of talent and experience with people who are completely new to the games. “The other day I had to explain to a player what a strike was,” said Hackner. “They didn’t know!”

For Hackner, one of the most rewarding aspects of seeing the league grow over the years is the opportunity for age diversity. In a community as diverse and spread out as L.A.’s LGBTQ+ scene, there can often be a lot of age segregation. When Hackner sees the league in action, he sees those barriers being torn down firsthand.

“When we first started it,” he said, “the age range was predominantly 24-35. It still is. But when I did my first major kickball league, we certainly had 50-year-olds in there, hanging out with 21-year-olds. And in that moment, I saw them all hanging out and having fun together, and there wasn’t that judgment where you’re out at the bar with an older person looking at them having a beer, and thinking like ‘why are you here, what kind of creeper are you?’ It was, ‘Oh! We’re here to have fun together.” And there’s a lot of history and dialogue and lineage that can be transferred between people of different ages. It’s a fantastic thing to see.”

In a time when the LGBTQ+ community finds itself newly re-politicized and re-mobilized, the Varsity Gay League offers a place for all members of that community to socialize without fear of judgment.

“I remember there was one guy who I still see around,” said Hackner. “He was 66 when he signed up to play with us. He came to me and asked, ‘am I gonna be picked on because I’m the old guy out here? I don’t want to feel weird.’ And I said, ‘if anyone makes you feel weird, you come to me. Because you should never feel weird here. They’re your friends, not your judges.”