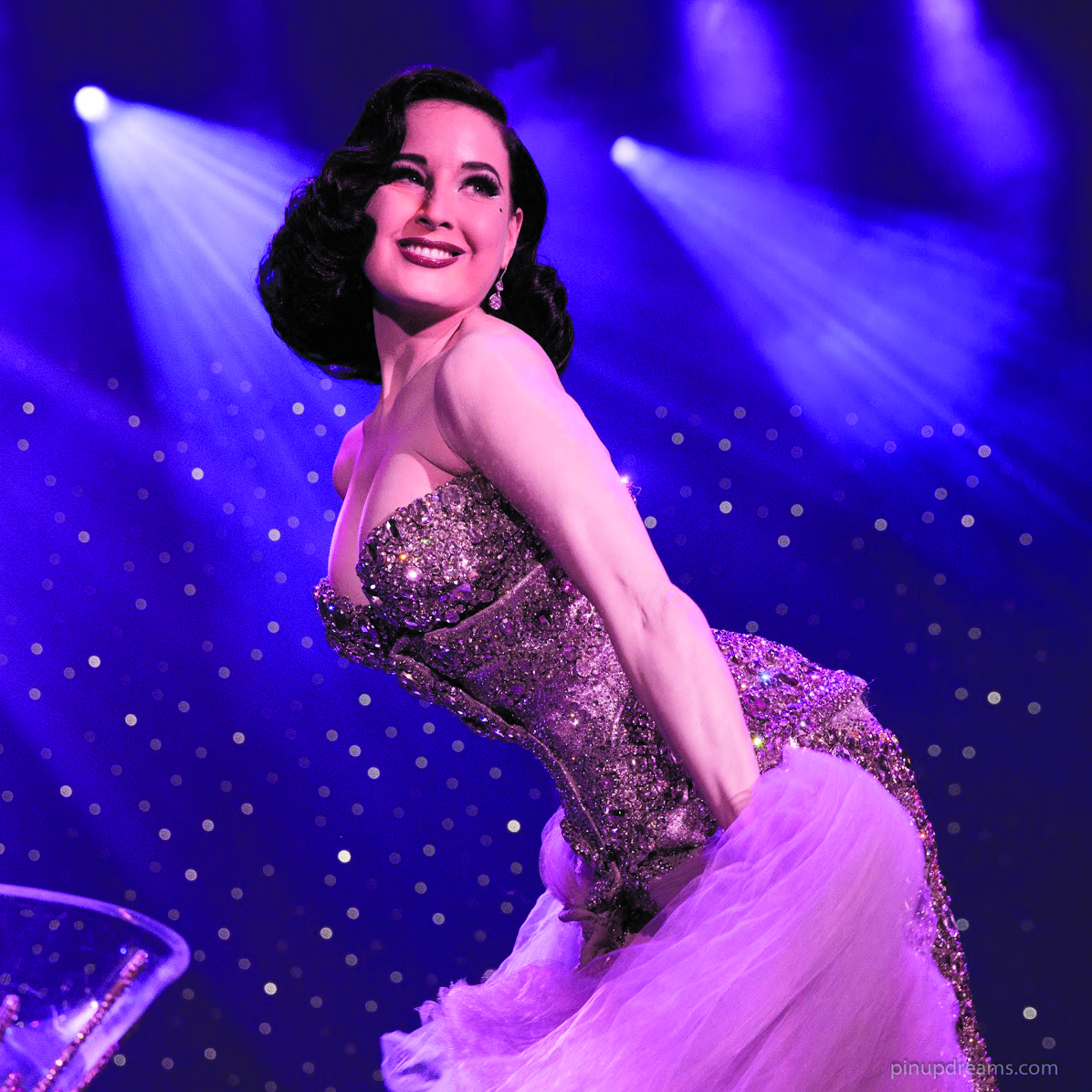 Anyone who believes burlesque is dead hasn’t gotten a load of Dita Von Teese.

Since the early ‘90s, Von Teese has been performing her elaborate, throwback burlesque act to delighted crowds. The term ‘neo-burlesque’ – never mind the entire concept – wouldn’t exist without her. Von Teese’s performances are about the spectacle, the experience, and the otherworldly aspect of a newly revived not-quite-art form. Her lavish sets, giant props, and painstakingly bedazzled costumes are the stuff of legend. On the eve of her sweeping “Art of the Teese” tour, Von Teese sat down with The Pride to talk about the level of thought she puts into the show’s every detail.

“The fabrics should bedazzle,” Von Teese said of her famous Swarovski crystal-studded costumes. “It shouldn’t be boring. I’m always drawn toward these elaborate costumes, and I always try to one-up myself.”

For the tour, Von Teese included some old friends and new acts. Violet Chachki and Dirty Martini, seasoned burlesque performers, join Von Teese on the tour, which began earlier this month in San Diego. But the main event is the procession of outrageous, seriously-how-can-you-move-in-that gowns and strippable costumes, weighed down by a truly insane amount of shimmering crystals.

“When I met Catherine [D’Lish, Von Teese’s burlesque collaborator]  we banded together and found we both had a love for Swarovski crystal. We tried to figure out a way to make more and more elaborate costumes – she and I just had a real crystal lust. We talked about it being a bit like Liberace, you know how when he arrived, he brought all that extravagance, and every time he came out it was a little bit more extravagant in terms of attire. We had the same plan, to make the costumes more fabulous every time. And some of the costumes weigh like 65, 70 pounds. It’s kind of intense to dance and move around in, but people go crazy for it. When you have 300,000 crystals sewn onto the seams, it’s electrifying. I’d have people ask if it was plugged in.”

The aesthetic of the show combines old Ziegfeldian spectacle with a modern touch.

“We always have the idea of capturing the spirit of the past,” said Von Teese, “but making it new and modern and relevant at the same time.”

Part of bringing burlesque into the here and now involves updating the background around Von Teese. Not only are the set pieces important – including the giant martini glass that’s used to hold Von Teese as she splashes around in water during one of her most iconic routines – but the background characters set the mood as well. British designer Jenny Packham did the costumes for “Lazy,” a routine that Von Teese only previously performed at the Crazy Horse in Paris. Brooks Brothers designed the tuxedos for Von Teese’s male backup dancers (known colloquially as the “Vontourage.”) This element is new: the idea struck Von Teese on an earlier show when she was watching her garments being picked up by female backup dancers and thought, “this should be done by men.” The men chosen are in the elegant mode of the show – nattily attired dancers, dressed for a ‘30s nightclub outing.

“All the music that I use in the show for my numbers, I have custom created. It’s a big part of the shows, I work with the music director and we come up with concepts. There’s a lot of retro, old time music I love, but it doesn’t fit that big, full, rich experience of seeing the show in the theater,” she said.

Performing the final leg of the tour in Los Angeles is for Von Teese, literally and figuratively, a homecoming. “All my friends will be here,” Von Teese said. “Usually we start in LA, and this is the first time that we do the finale here. It feels like we hit our stride.”

Dita Von Teese’s “Art of the Teese” Burlesque Revue will play the Theater at the Ace Hotel in Los Angeles on July 28.