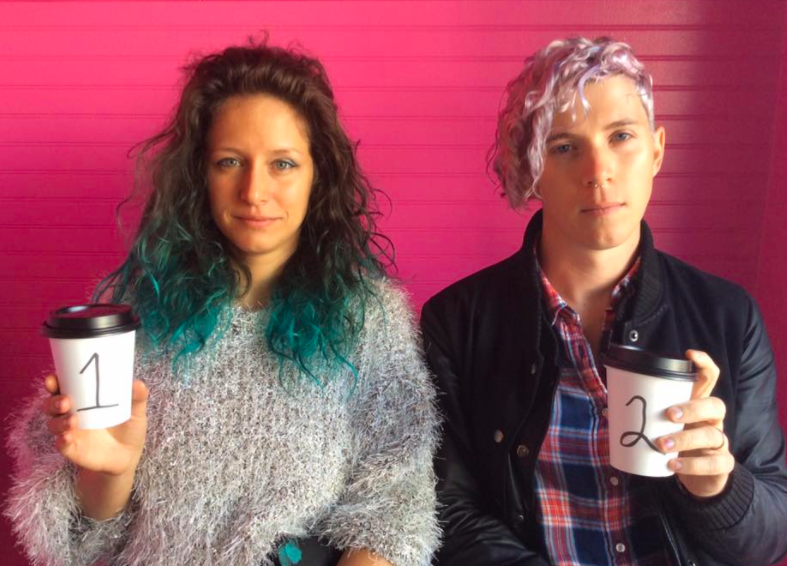 710 N. Heliotrope Drive in East Hollywood has been host to its share of transient cafes. First, there was a short-lived branch of the beloved Cafecito Organico chain in 2010, followed by Helio Cafe, which closed in 2016. With the promising recent opening of Cuties Coffee, its latest tenant, 710 N. Heliotrope may have at last met its match.

Started by partners Virginia Bauman and Iris Bainum-Houle, the concept for Cuties grew out of a monthly meetup the two had planned for L.A.’s queer community. The popularity of the initial gathering, simply titled “Queers, Coffee, and Donuts,” brought the possibility of opening a brick and mortar space a bit closer to reality. After a soft open and preview on July 2, the East Hollywood space was opened to the public.

“We’re trying to create a space where you feel welcome and accepted no matter what your sexual orientation or gender identity is,” said Bainum-Houle in a video for the Cuties Coffee Bar Indiegogo page. “We want you in our coffee shop because of who you are, not in spite of it.”

The cafe itself, of course, is hardly a culmination of events – it’s really just the start. Bainum-Houle and Bauman are trying to create a holding place for L.A.’s queer community using a capitalist business structure with some nonprofit ideology thrown in. In addition to branching into housing, Cuties is setting up a “queue” system in their cafe, where patrons can offer to put money aside for a future visitor who might not have enough to pay for a drink. It’s a communally focused take on the classic cafe – and potentially as close to a Robin Hood fantasy of queer patrons looking out for – and anticipating – each other’s needs.