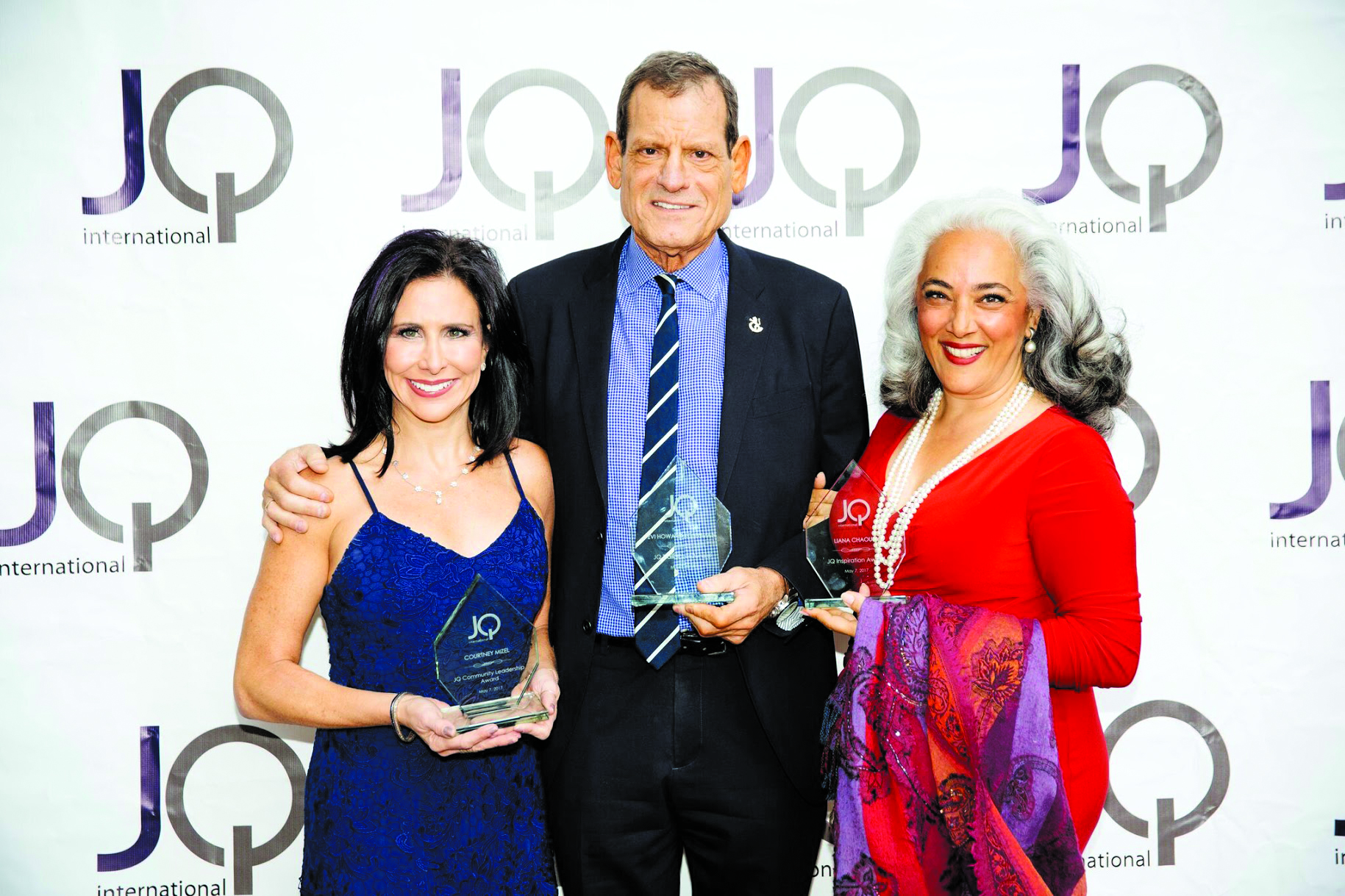 Over 200 people were in attendance at JQ International’s 2017 Garden Brunch on Sunday, May 7, to celebrate the greater inclusion of LGBTQ members of the Jewish community.  The event, hosted at a private home in Beverly Hills, brought together some of the most influential members of L.A.’s Jewish LGBTQ community to honor the recipients of three prestigious awards. Legal consultant Courtney Mizel was given the “Community Leadership” Award for her 20-year body of work in Jewish non-profit organizations. Producer, writer and actor Howard Rosenman was given the “Trailblazer Award” for his work expanding queer Jewish representation in film. “I’ve made five documentaries, three of which had gay content. I’ve made five movies that have gay content. I’m out there. So whatever you can do to further inclusion, do it,” Rosenman told JQ. His latest project, “Call Me by Your Name,” is an adaptation of an Andre Aciman novel about two gay men falling in love in Italy, and is one of the most anticipated films to come out of Sundance this year. Liana Chaouli brought home the “Inspiration Award” for her extensive work in writing and self-help. Of JQ, Chaouli said: “I am proud of this organization as it’s the first of its kind, with such a focus on the Persian community, that has had the courage, coupled with nobility to pull itself up by the bootstraps.”

In addition to uplifting and addressing the issues of marginalized LGBTQ Jews in the community – with a special emphasis on Transgender, Orthodox, and Persian Jewish communities – JQ International has provided a safe space for gathering, learning, and networking since its inception in 2004.