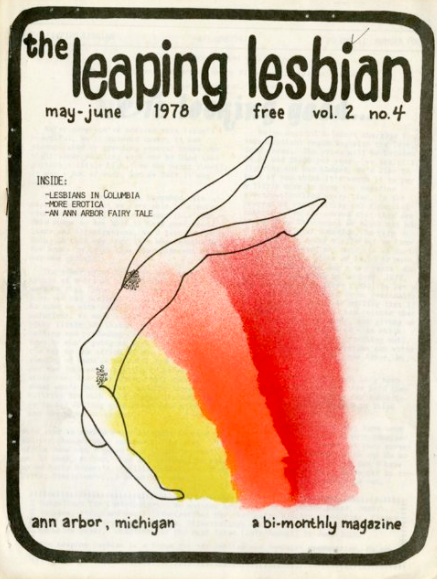 “The lesbian world that I first came into, here in Los Angeles almost 40 years ago, seemed to me to exist only in darkness,” once wrote historian Lillian Faderman in an open letter to explorers of L.A.’s June Mazer archives. “Our world seemed to have been invented in that moment of time. We had no past – or, if we did, no one knew or could tell me about it. Because we had no knowledge of those who came before us, our isolation and loneliness felt tragic and inevitable.”

In Oakland, California in 1981, the first large-scale West Coast Lesbian archival project began, thanks to a collection of activists and an all-volunteer crew. By collecting photographs, audio materials, and other fragments from feminist and Lesbian history, from a collection of flyers documenting 60s protests and video archives to a few softball uniforms from a 1940s women’s league. A series of flyers show protesters in the 1970s and 80s, at the beginning of the rape crisis organization Women Against Violence Against Women, taking a stand against harmful media representation in popular films and albums. One 1976 protest took to task a billboard for the Rolling Stones’ album “Black and Blue,” which advertised a picture of a battered woman saying “I’m ‘Black and Blue’ from the Rolling Stones and I love it!”

By 1987, thanks to the Connexxus Women’s Center/Centro de Mujeres, the June L. Mazer Lesbian Archives were moved to the heart of West Hollywood. Since that time, the center has dedicated itself to collecting and preserving pieces of Lesbian history from across historical and global borders. Today, the archives are in the process of getting a “facelift.” Thanks to the UCLA archives housing and showcasing parts of the archive during the hiatus, the June L. Mazer Archives are preparing to come back stronger than ever with a grand re-opening on May 6. The reopening will features new “exhibits, tours and a celebration of Simone Wallace’s Sisterhood Bookstore collection” at 626 N. Robertson Blvd. in West Hollywood.