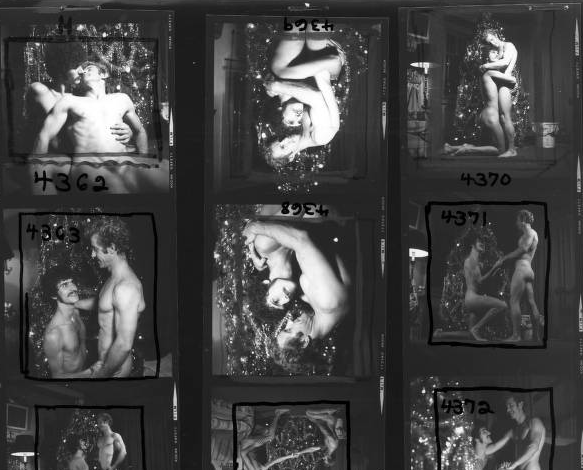 In the late ‘70s, being gay in L.A. wasn’t all peaches and cream. Not just because of the usual problems of L.A. transplants who would arrive in the city only to end up broke and alone. LGBTQ+ hopefuls who came to the city of angels anytime between the end of the war until the mid-80s were likely, in the words of Liberation House creator Jon Platania as quoted in a recent KCET article, to go: “from disappointment, to drugs, to a lack of funds, to prostitution or to temporary employment in the city’s thriving pornographic industry…” landing finally in “jail, the hospital, probation, suicide or into a series of exploitative relationships.”

Although the Gay Community Services Center (what we know today as the LGBT Center) was established in 1969, disenfranchised gays didn’t have a whole lot of options when it came to finding shelter, food, and community if their big L.A. dreams didn’t pan out.

That’s where housing projects like Platania’s Liberation Houses and filmmaker Pat Rocco’s Hudson House came in. When LGBTQ+ folks had nowhere else to go, when they were just getting out of jail on a trumped-up charge due to queer baiting or discriminatory targeting by the LAPD, when they had just come out to their families and had gotten kicked out as a result, they had a home waiting for them, along with a family of peers in the same situation.

Rocco’s contribution to queer culture didn’t begin and end with his films. Rocco’s Hudson house went a step further than the Liberation Houses in the 1980s, when the AIDS crisis was creating a threat to queer ways of life across the United States. Hudson House was “emergency housing for gay men and lesbians in the gay and lesbian community in Los Angeles.” Rocco said in a 1983 interview for Jim Kepner of the ONE Archives. “No one is turned away. Jobs are supplied through the United States Mission, which is the founder of Hudson House, and a comfortable place is provided, a residential house that’s fully furnished, nicely furnished, and right now we have four houses, and a dormitory, and someone in an emergency situation can call Hudson House and we’ll help. We’re here for that purpose. It’s a great need in the community that has been ongoing for a long time, and I’m really proud of the growth that it’s had…more than four thousand in the years that we’ve been working, that Hudson House has in its way helped. Proud of that. So that’s what’s going to be happening, and I’m making a major change.”

Rocco went further, describing how crucial it was (and still is) for LGBTQ+ Angelenos to find their chosen family at Hudson House.

“[W]hen they come to Hudson House, they usually don’t feel too good about themselves. They come from difficult situations. They’ve been thrown out by their parents, who says “we don’t want a gay person or a lesbian” … There are so many reasons why a person comes to Hudson House. I could tell you stories of people, how they’ve come in, many people with the only thing they have is what they’re wearing.”

Programs like Hudson House and the Liberation Houses of the 1970s and 80s helped created safe spaces for queer L.A. citizens while offering a place for a movement to mobilize. If not for these ports in a storm, who knows what would have become of the queer culture that will continue to help shape the city for decades to come.