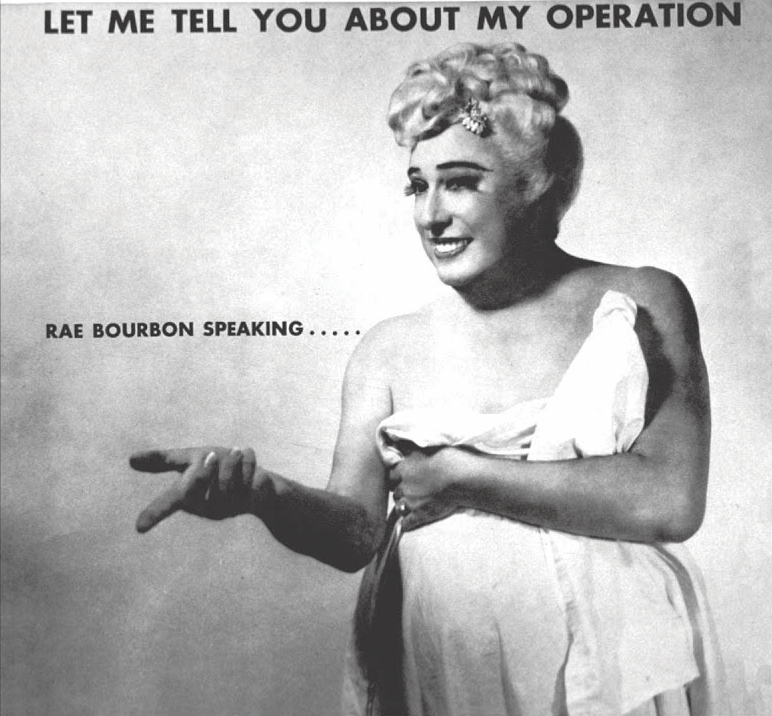 Today, it’s not hard to find drag culture wherever you are. From VH1, to Netflix, to Twitter, the language of drag has become culturally omnipresent since RuPaul’s “Drag Race” turned America’s gayest pastime into a contact sport.

But what about everything that went down before Ru hopped on the ballroom scene? How did drag artists survive and thrive in a world that didn’t quite understand them?

As it turns out, rather swimmingly. Back in the 1920s and ‘30s in Los Angeles, drag artists weren’t just big. They were fairly mainstream. Despite anti-crossdressing laws in Los Angeles, drag performers like Julian Eltinge, Gene Malin and Rae Bourbon were some of the hottest nightlife attractions on the scene. Yet, the repressive laws that threatened to throw any man or woman wearing more than two pieces of “gender-inappropriate” clothing were still prevalent.

So how did they do it?

Mainly by being sensational onstage. Gene Malin, a Broadway chorus boy who made a name for himself in New York as a drag performer, was such a vibrant entertainer that he had no trouble drawing crowds. At one point during a performance in New York, Malin went into the audience and punched a too-drunk audience member, causing a then-young Ed Sullivan to proclaim:

“Jean Malin belted a heckler last night at one of the local clubs. All that twitters isn’t pansy.”

Malin’s large, intimidating appearance was part of the joke. Described by a biographer as “a six-foot-tall, 200-pound bruiser who also had an attitude and a lisp,” Malin performed songs with titles like “I’d Rather Be Spanish Than Mannish.” He also paved the way for L.A. drag artists like Rae Bourbon and Bruz Fletcher, a regular performer at the L.A. queer night spot Club Bali in the 1930s. Drag culture, in the ‘20s and ‘30s, was about being shocking. It was about seeing how much you could get away with. While Malin only made a few film appearances, they were enough to send him packing for the West Coast. After making a name for himself there, he continued to perform in small gay clubs and bars all over Hollywood.

It was in Venice where Malin met his tragic end. Leaving the old gay bar and celebrity hot spot “Ship Cafe” in 1933, Malin, along with his partner and the lesbian actress Patsy Kelly, got into his car and accidentally reverse-gear plummeted into the pier.

Other crossdressers didn’t fare much better. Bruz Fletcher took his own like in 1941. Rae Bourbon died in prison after being accused of murdering a kennel owner in Texas. Before that, she’d been arrested several times for “impersonating a woman.”

Drag has always been a hopeful art form. At heart, it’s a vision of the future. A future in which people are more forgiving, more understanding, and way more fun. People like Gene Malin might not have known it, but they were creating a movement that continues to shape the world today.