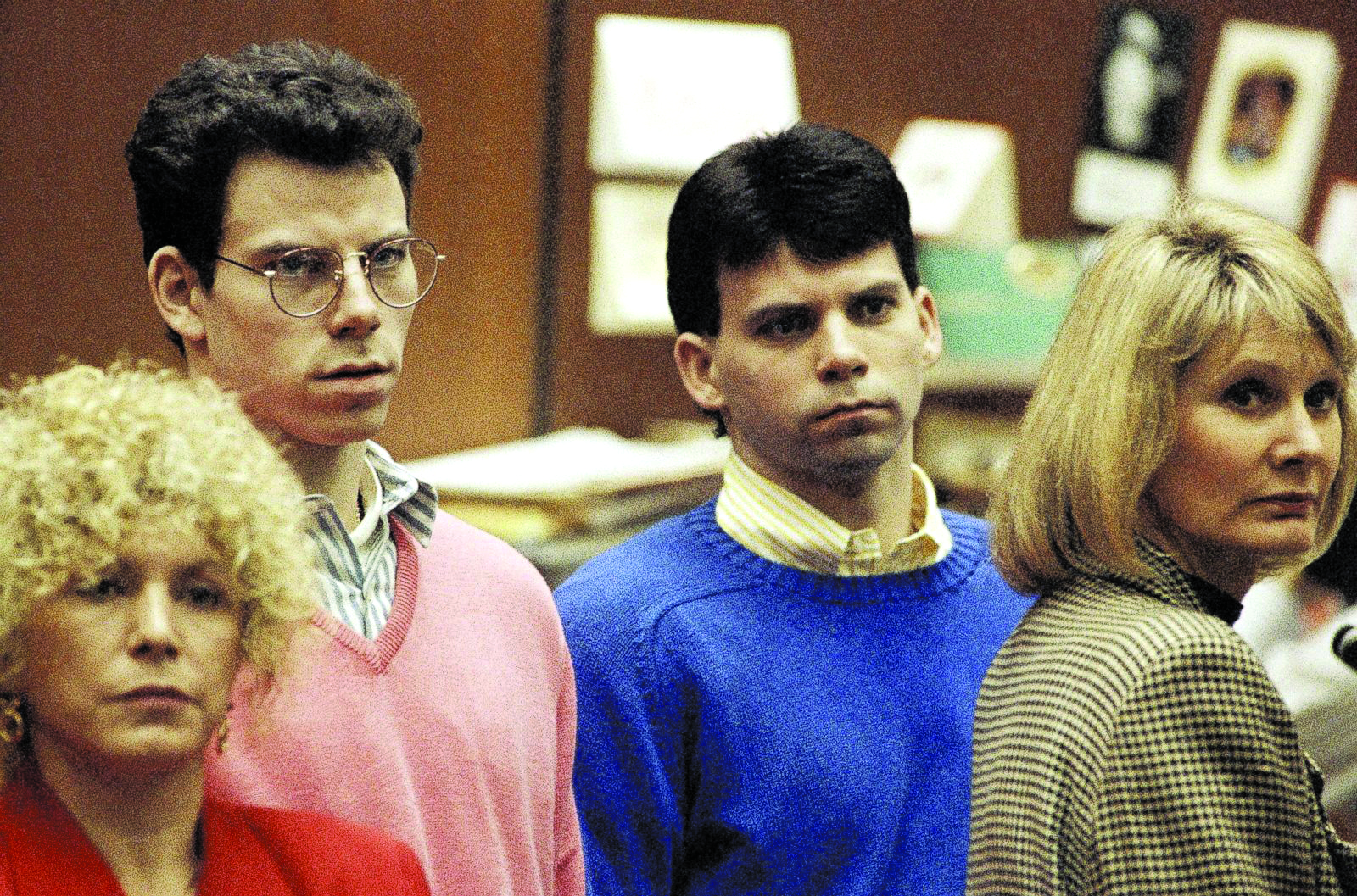 Most of us know the bare bones details of the story of the Menendez Murders. If not, they go like this: On August 20, 1989, brothers Lyle and Erik Menendez shot their parents, José Menendez, 45, and his wife, Kitty, 47, while they watched television in their Beverly Hills home. José was a powerful Hollywood executive, and he had recently changed his will to leave his sons less than the full $14 million estate they had come to expect. The brothers initially tried to blame the killings on the Mafia, but after blowing a ton of cash after their parents’ death, they fell under instant suspicion. Legacy crime reporter Dominick Dunne covered the case, quite famously, for Vanity Fair, starting with a long 1990 essay called “Nightmare on Elm Drive.”

Dunne was famous for always siding with the prosecution, especially after the grisly murder of his own daughter (and “Poltergeist” actress) Dominique Dunne by her boyfriend in 1982. But as he came to know the brothers Menendez, Dunne started to question what he knew, and what he thought he knew.

Erik Menendez confessed the crime, first to his friend and screenwriting partner Craig Cignarelli, and then to his therapist L. Jerome Oziel, in October of the same year. And then the real story came out.

Erik and Lyle Menendez’s defense relied heavily on their claims of physical, emotional, and sexual abuse by their father José. While Dominick Dunne at first dismissed these claims as a cheap ploy for the defense, he later wondered if he had gotten it wrong. While Dunne maintained that the Menendez case lacked “a single sympathetic character,” he also was able to get strangely close to Erik, and to Erik’s close friend Craig Cignarelli, of whom Erik said to photographer Philip Kearney, according to The Wrap: “If I was gay, Craig [Cignarelli] would be my boyfriend.”

The Wrap also states:  “There was a strain of homosexuality running through the trial,” said the prosecutor, Pamela Bozanich, whom Dunne quickly befriended. “We knew Erik was gay and having oral sex with the inmates.” They also knew of homoerotic photographs taken of Erik. In addition, Dunne liked to gossip about Erik’s possible physical attraction to his high school friend Craig Cignarelli, a witness for the prosecution. Dunne and Bozanich even speculated on why Judge Weisberg often disallowed the word “homosexual” in the courtroom.”

“It was really a very, very gossipy case,” ABC’s Dan Abrams told The Wrap. It remains just as gossipy as ever today, with a new television adaptation – starring Edie Falco as Menendez attorney Leslie Abramson – having just launched its first episode on NBC. There’s no denying that when it comes to certain stories, the passage of time only makes things appear less clear and far more fascinating.