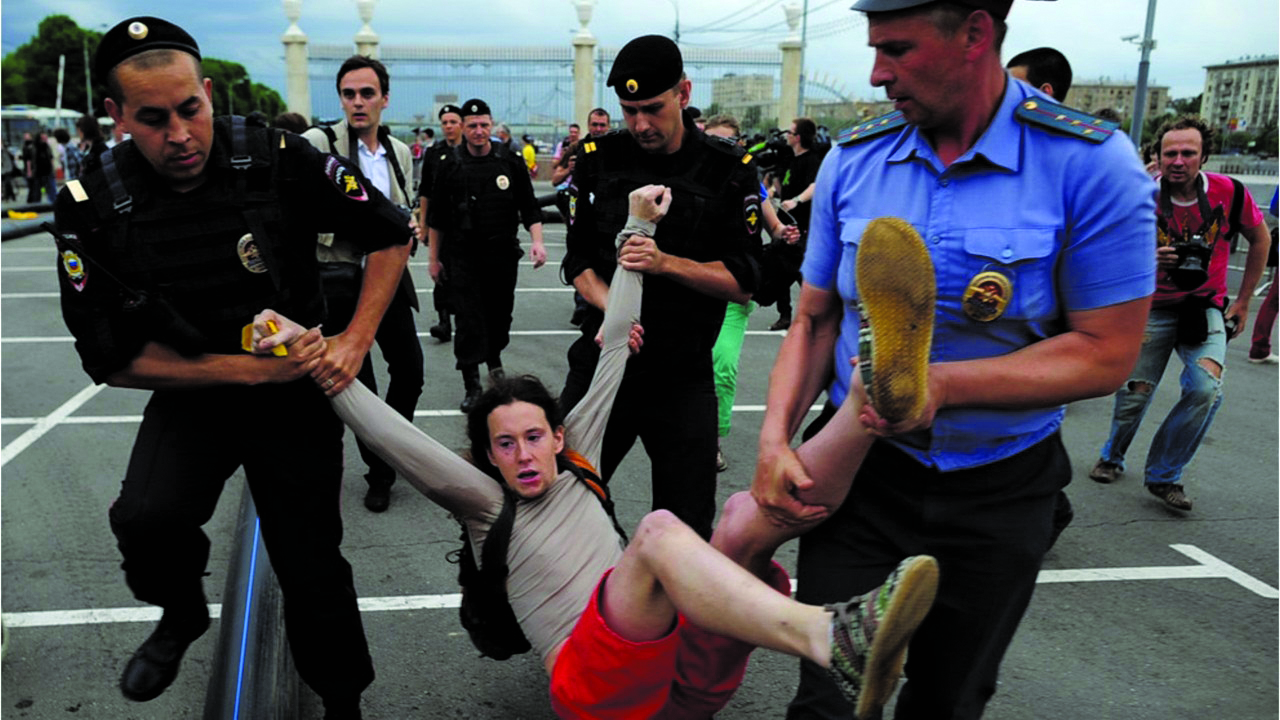 By CONNOR DUFFEY| Recently, disturbing news reports have emerged of kidnappings that lead to torture and murder of gay and bisexual Chechen men in concentration camps in the Russian nation. There have been attempts at relief for these men within Chechnya from the Russian LGBT Network, albeit undergone in utmost secrecy. Expectedly, there has been a stunning lack of action or admission from Russian political figures.

However, a new ally has emerged to aid Chechen men in danger attempting to flee the nation: Lithuania.

The small country has granted visas to two Chechen men, signaling a strong message of support for the persecuted community, whom their leader, Ramzan Kadyrov, apparently believes do not exist. Lithuanian foreign minister Linas Linkevicius made the announcement of the visa granting during last week’s International Day Against Homophobia, Transphobia, and Biphobia. Linkevicius also tweeted a strong message of solidarity, opposing the Chechen government’s denial of gay and bisexual men in the country:

Today is zero-tolerance day against hatred, fear, discrimination of all forms of sexuality. Denying reality is not an option | #IDAHOT2017

Meanwhile, the US has not offered visas to gay and bisexual Chechen men attempting to flee the country. An anonymous Russian LGBT Network spokesperson gave a statement to Buzzfeed News divulging that she was not optimistic that the U.S. would grant the men visas based on talks she had with U.S. Embassy officials:

“’We were informed there was no political will,’ said the spokesperson, who asked her name be withheld because of security concerns. ‘They’re not going to provide visas. They’re going to support us in other ways, but not with visas.’”

Vladimir Putin agreed on May 11 to launch an investigation into the violent persecution and imprisonment of the Chechen men after he was subjected to outside pressure from international criticism to do so. However, the Russian Embassy in Tel Aviv told Israeli newspaper Haaretz on the same day that Putin made the announcement that the investigation had ended and there was no evidence to support the claims:

“‘There are no victims of persecution, threats or violence…[the reports are an] excuse for the beginning of a propaganda campaign against Russia around the world.’”

Lithuania remains one of the first countries to extend a humanitarian hand to gay and bisexual men seeking asylum in Chechnya. The Russian LGBT Network has stated that at least 40 men have escaped concentration camps and are in hiding, hoping to soon secure visas.