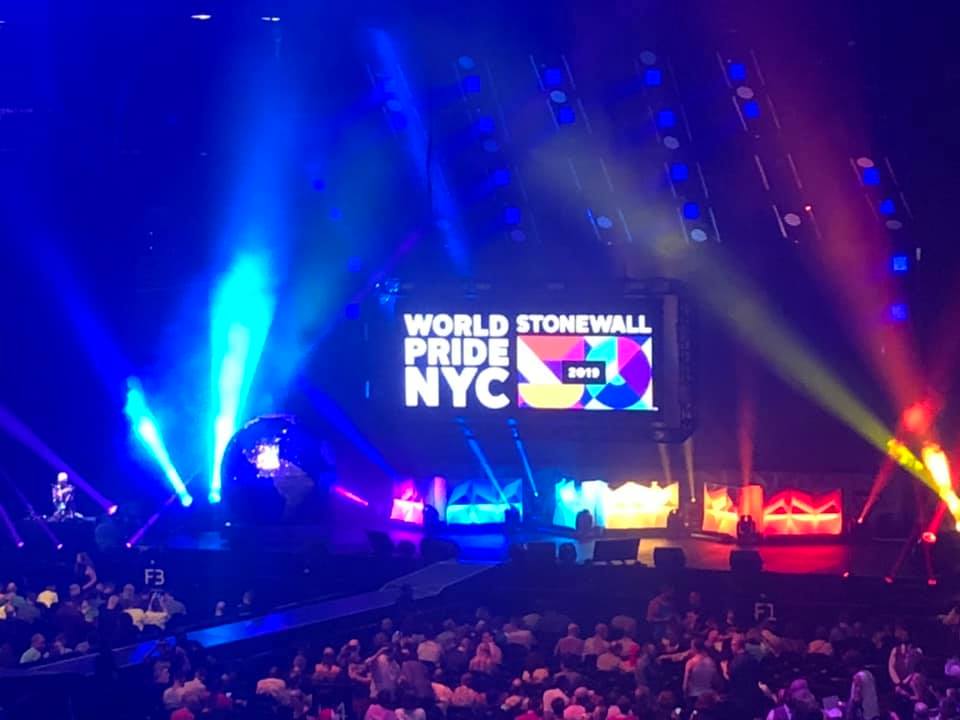 “Los Angeles is a global city where we honor our unique past and work tirelessly to imagine a better future for all,” said Estevan Montemayor, CSW board president said in a press release. “LA Pride celebrates the city’s diverse experiences ensuring all communities are represented, and we are proud to announce our bid to host WorldPride Los Angeles 2025. We are confident that the vibrant infrastructure of Los Angeles is the perfect host city to welcome the world for WorldPride 2025.”

As the first permitted pride parade in the world, LA Pride will have been advocating for LGBTQ+ rights and progressive political change for 55 years by 2025.

“Given the transformation our city continues to undergo as well as a perfect score of 100 on the HRC Equality Index, Los Angeles stands out as the ideal global destination to host WorldPride 2025,” stated Don Skeoch, Chief Marketing Officer of the Los Angeles Tourism & Convention Board.

Los Angeles is a city of immigrants representing a diverse array of languages, ethnicities, religions and cultures who have created the fabric of its dynamic and vibrant community. Together, the community champions human rights for all people, regardless of race, gender, and sexuality. Viewed by many as the entertainment capital of the world, Los Angeles is gearing up to host multiple monumental events over the next decade garnering exciting attention and spotlighting the trailblazing city.

There is a long history in Los Angeles of groundbreaking advancements in the LGBTQ+ movement. Landmark achievements began in the 1950s when activist Harry Hay started the Mattachine Society and not long after, the first US pro-gay monthly magazine ONE was published. In 1959, the Cooper Do-Nuts protest became the first gay political uprising after police arrested LGBTQ+ patrons for congregating at the shop. By the 1960s, many LGBTQ+ bars and clubs opened and police raided these establishments resulting in protests around the city. Never giving up, fast forward to 2013 when the Supreme Court dismissed California’s Prop 8 appeal legalizing same-sex marriage in California.

The Pride movement’s storied history of pioneers and activists paved the way for the rights LGBTQ+ people have today, but the fight for equality is still far from over. LA Pride embraces this rich history as the fuel to inspire, motivate and drive the LGBTQ+ community to its next chapter. In 2019, LA Pride expanded the Festival grounds adding the first-ever free block party with programming and events promoting greater accessibility and inclusivity which resulted in much-lauded celebration. As the organization prepares for its 50th anniversary in 2020, the footprint will continue to expand and unite the community.

WorldPride was founded by the non-profit LGBTQ+ rights organization, InterPride, which meets annually in different cities around the world where its members select the host city at the annual general meeting. The inaugural WorldPride was held in Rome in 2000 and other cities that have hosted the celebration include New York, Jerusalem, Madrid and more. WorldPride takes place every two years and in 2021, over 500 Prides from around the globe will attend the annual InterPride conference in Guadalajara, Mexico where the winning city for 2025 will be announced.

Christopher Street West (CSW), a 501(c)3 non-profit, organized the world’s first permitted parade advocating for gay rights on June 28, 1970, as a response to and in commemoration of the Stonewall Rebellion on Christopher Street in New York City the year prior. Since then, we have built a rich history as an active voice for the LGBTQ+ community across the Greater Los Angeles metropolitan area. Today, we continue to produce the globally-recognized LA Pride Parade and Festival every June in the City of West Hollywood. We also organize a number of events throughout the year with our nonprofit, philanthropic, community, and corporate partners. Visit lapride.org for more information.