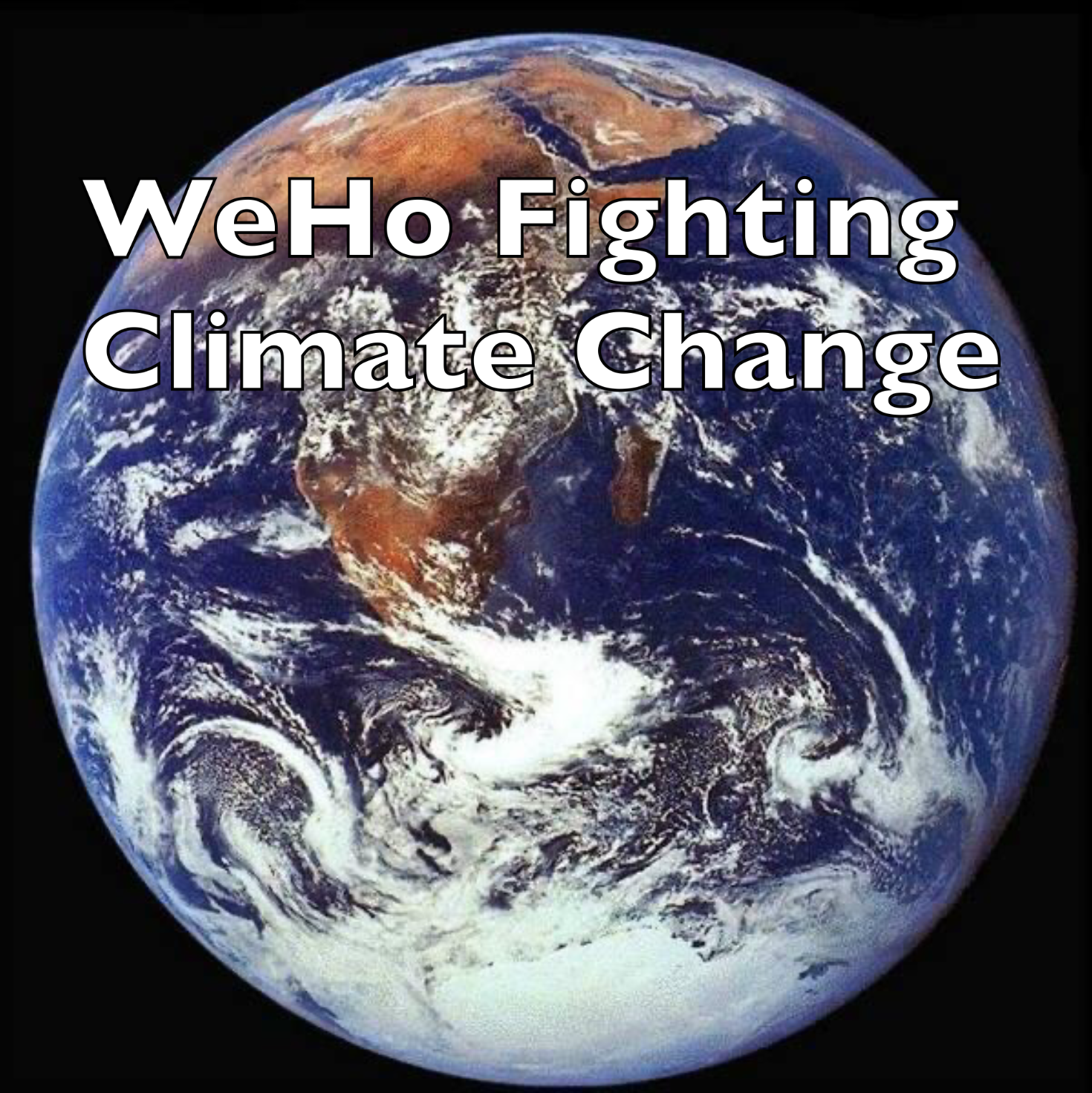 The City of West Hollywood is currently updating its Climate Action Plan — an effort called “WeHo Climate Action” — to further champion local actions needed to meet the global challenges of climate change and to reaffirm West Hollywood as a vibrant and sustainable municipal leadership model for current and future generations.

In order to align the City of West Hollywood with the Paris Agreement under the United Nations Framework Convention on Climate Change, the City will need to continue its work in taking aggressive action to reduce its carbon footprint.

The City is launching a community-wide outreach effort to engage residents, businesses, and the community at large in providing input about the City’s climate action strategies and planning efforts. To safely engage community members during the Corona-virus pandemic, the City invites community members to learn more by visiting the City’s Climate Action webpage and to provide input in shaping future climate action strategies by taking a short online survey.

“Responsibility for the environment is a core value of the City of West Hollywood and we’re excitedly looking forward to an incoming Presidential Administration that has pledged to restore the role of science in public policy, to support initiatives that safeguard our environment, and to re-enter our nation into the Paris Climate Agreement,” said City of West Hollywood Mayor Lindsey Horvath. “West Hollywood has consistently led the way in developing and implementing policies that help reduce greenhouse gas emissions, save energy, and promote sustainability. In updating our Climate Action Plan and in engaging community members to provide feedback and input on this important work, West Hollywood will continue to take great steps forward in reducing our carbon footprint and in tracking our progress on sustainability, which will better prepare our City for the future effects of climate change.”

In Spring 2021, the City will share a draft version of the West Hollywood Climate Action and Adaptation Plan for public input.

The City of West Hollywood is dedicated to sustainability and preserving the environment. One of the City’s core values is Respect for the Environment and the City has a strong record of developing and instituting progressive and forward-thinking environmental policies.