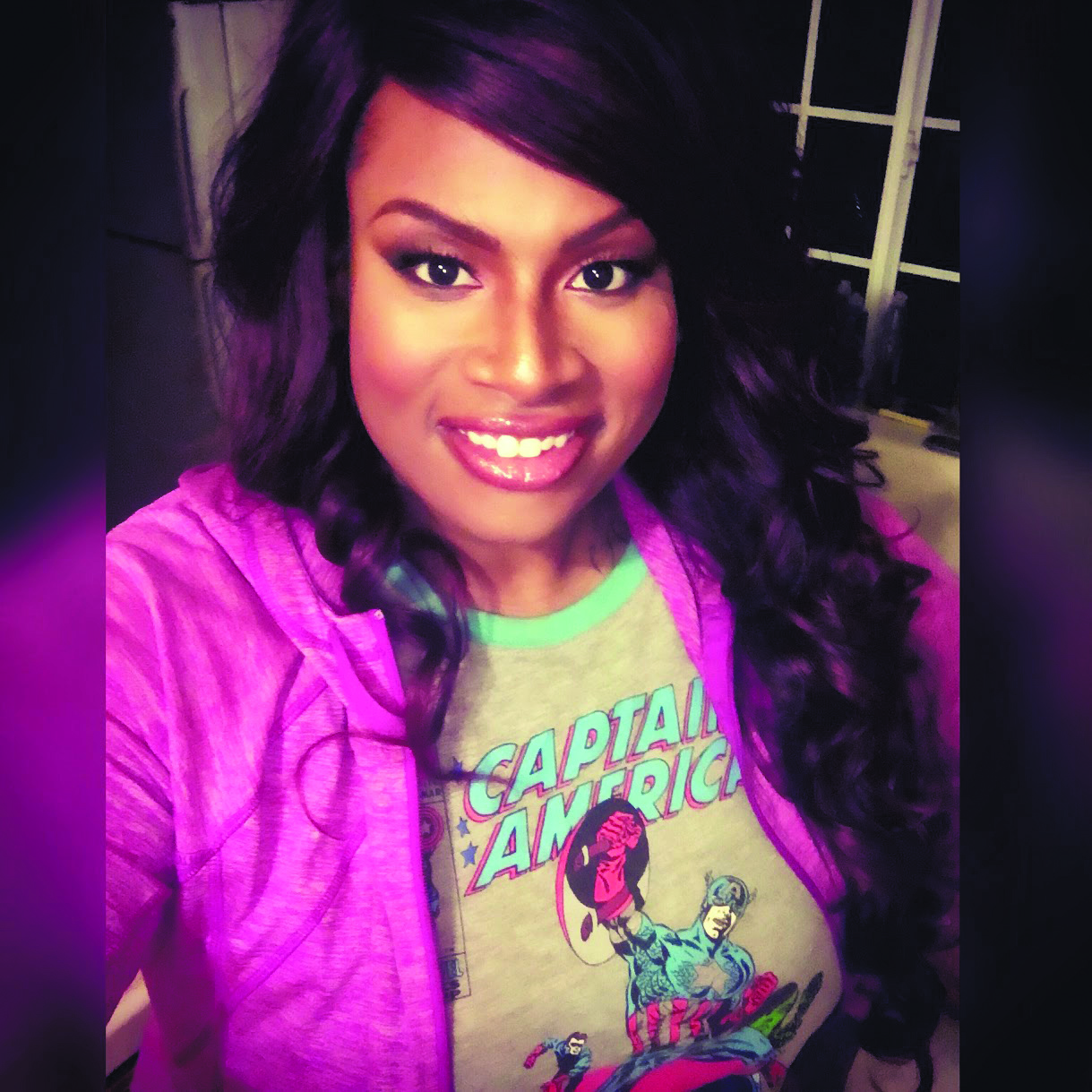 By ASHLEE MARIE PRESTON| When many of us were younger, we lived vicariously through the super heroes and heroines that appeared on our TV screens or in our comic books. Wonder Woman, Superman, Spider-Man, the Power Rangers, you name them. I remember fantasizing about what it would be like to have supernatural powers and superhuman strength as they did. However, despite their many enhanced abilities, they hid who they truly were. They didn’t let the world see just how truly amazing they could be. Instead, they assumed the identities of ordinary people. Who would have known that years later, as a Trans woman of color, I would become a heroine for revealing my identity and standing my ground in spaces that didn’t readily welcome me? To hold space in a society that oppresses women, people of color, gays, and lesbians, and threatens to erase anyone that falls outside of a Cisgender-Heteronormative identity is revolutionary and requires hero-like courage. As a Trans woman of color, my very existence is disruptive to traditional societal norms. I’m willing to challenge those norms if it means creating safe spaces for others to live authentically and without fear of losing their lives. It’s important for Trans women to find our voices in a world that will stop at nothing to silence us. Our willingness to hold space, without approval or permission is an act of resistance toward those invested in the erasure of our identities.

Imagine what it would be like if our favorite superheroes and heroines revealed their identities to the entire world. Not only would they become more vulnerable to the villains who plot their demise, but they’d also have to deal with the criticisms and judgments from the very citizens they vowed to protect.

Trans women of color were on the frontline at Stonewall and led the movement toward LGBTQ liberation and equality. When the AIDS epidemic devastated the entire gay community in the 80s, it was the Lesbian women that rolled up their sleeves and came to the rescue. However, even in cities like West Hollywood that are celebrated for their progressive culture, there is still a great deal of lateral oppression that we suffer at the hands of some of our privileged white cisgender gay brothers. Misogyny, racism, and transphobia are not exclusive to the hetero-community.

The other night I had reservations at an upscale restaurant in West Hollywood that boasts of its celebrity regulars (Catch LA.) From the time I walked into the door until the time I left, I was exposed to transphobia, racist micro-aggressions, humiliation, and was treated so poorly I went home in tears.

The most devastating part of this experience was that, although this took place in a Hetero-centric restaurant, the employees who treated me so savagely were gay men. However, that doesn’t come as a surprise to me.

For gay men that struggle with internalized homophobia, being accepted into hetero-centric spaces feels rewarding. However; when Trans women or non-binary queer people who are more expressive in their identity enter those spaces, we somehow pose a threat to that acceptance. These individuals feel that our identities will reinforce the stereotypes and criticisms that they have received in their lives. They project those fears onto us through subconscious lateral oppression.

This is problematic because the LGBTQ community at large cannot demand of society to treat us with the dignity and respect that we can’t even extend to members of our very own community.

Writing this piece was meant to serve two purposes. It was meant to let Trans, queer people and people of color know that they aren’t alone in the injustices they face, and to reinforce that we deserve better. My intention is to encourage them to speak up so that our collective voices can amplify that message. Lastly, this piece is intended as a call to action for us to mobilize as a community so that we can withstand everything coming our way in this social and political climate. It is all of us or none of us. The entire community and our allies must tap into our “superhuman powers” and push for change the best way we know how.

One of the most powerful ways to advocate and push for change is to be intentional about where we spend our money and the businesses we support. Without my having to name them, I’m sure you can think of at least three corporations that were boycotted because of their anti-LGBTQ, misogynistic, or racist views. Those boycotts were powerful and heavily impactful. What corporations know that some of you may not is that according to Bloomberg, LGBTQ people in the United States alone recently spent $917 billion dollars toward our economy. We also spent a whopping $75 billion on tourism and travel. It’s great to protest, march, and organize rallies but we are also learning that there is power in our purchases. It is important to hold restaurants, businesses, and corporations that refuse to value our existence to the fire and remove our purchasing power so they are reminded of just how much we contribute to this country. I called out the restaurant that treated me that way on every review site and platform I could, and it touched my heart that so many of our allies and other community members shared the information and took a stand with me. Sometimes change doesn’t always welcome us through the front door. It’s up to us to go through the back door, chimney, windows, and the basement to gain entry. We have the power to affect change. We are a powerful people. Now is the time to tap into that power.