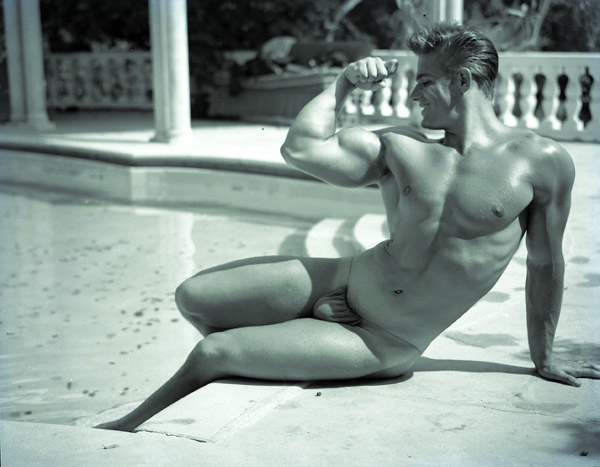 Before the AIDS epidemic, bathhouses acted as a community center. But with way more sex.

“To the left of me,” wrote David Colker for the Los Angeles Times in a 1994 article, “four men were having sex. Only two of them were actually looking at each other.”

“A decade ago,” Colker writes, “Los Angeles boasted slick, high-tech bathhouses famous throughout the gay world. But as the specter of AIDS darkened the mid-1980s, the baths came under fire as places where unsafe, multi-partner sex spread the disease.”

The Compound wasn’t the only spa coming under attack. It seemed that the more sexually open the bathhouse was, the more it would be targeted by law enforcement and political officials.

Whether or not the baths were at fault for these crimes, the scene soon shut down, leaving only a few houses remaining in L.A. by the late ‘90s. In 2014, the oldest of these, Ivar Avenue’s Hollywood Spa, closed its doors for good. The spa was originally opened by Scott Goulet in 1974, when bathhouse culture was booming in the city. The owner’s death by AIDS-related complications came only three years after the spa was included in a lawsuit filed against the then-L.A. District Attorney for encouraging the spreading of HIV/AIDS through unprotected sex.

“We’re going to fight this thing. As far as we’re concerned, we’re the good guys,” co-owner John Ferry, told the Los Angeles Times at the time. “We consider the Hollywood Spa to be an important asset in terms of being a place for gay men to socialize, be educated about health issues and be free from homophobic attacks such as this lawsuit.”

Little did he know that the spa would end up shutting down decades later due to factors as basic as a declining patronage and a rent increase.

While a few bathhouses still exist that cater to a Gay clientele – FLEX Spa and North Hollywood Spa to name a few – the fact that the bathhouse has gone the way of the dodo says more about trends in law enforcement and national prudishness than anything else. When these bathhouses first opened, they had to fight against an openly homophobic government and a culture still viewed gay sex as deviant. Today, in a more outwardly liberal era, bathhouse culture hasn’t had a real renaissance.

“Behind the walls of a bathhouse lies a totally homosexual world unlike anywhere on the outside.” Colter wrote in his article. “Even on the streets of gay enclaves such as West Hollywood, there are billboards showing heterosexual couples, straight love songs on the radio and plenty of reminders ranging from magazine covers to movie posters that to be gay in this society is to be different.”

The Center Long Beach Brings Diversity To The Board

The Center Long Beach has announced the addition of three new members to the board of directors: Long Beach business...