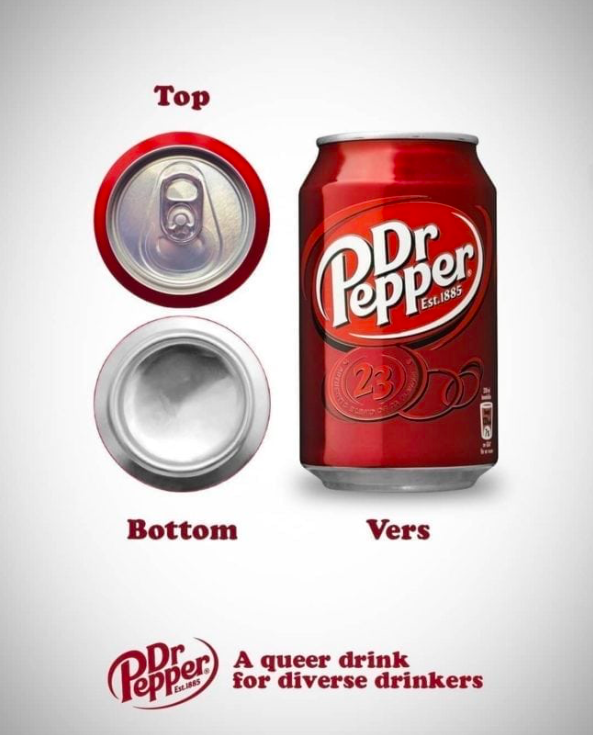 The ad, originally seen in a Swedish gay magazine, depicts the “top” and “bottom” of the can of soda with a full shot of the can with the word “Vers” underneath it, a slang term for versatile – referring to the ability to be a top or bottom in gay sex.

Dr. Pepper is owned by Coca-Cola, a company with previous LGBT+ advertisements making waves in the otherwise heterosexual-normative advertising scene. The soft drink company had an ad for this past Super Bowl that featured a lesbian couple.

Regardless of the LGBT representation, the Twitter community seems to be divided on whether this new Dr. Pepper ad has missed the mark.

“Not sure whether this is eyeroll or anger territory but it certainly is *bad* So queer, so Vers, so kooky” – @BarmyArny

“Finally an ad that caters to me, a sexual can of Dr Pepper” – @DamianneTweets

“I disagree. I find this cute, unexpected and a genuine attempt at connecting with our community (as much as a corporate advertisement can be.) I also find it gutsy as hell, it’s pretty sexual and to the point, so I give them much credit. I’m sorry you don’t like it” – @jproskovec