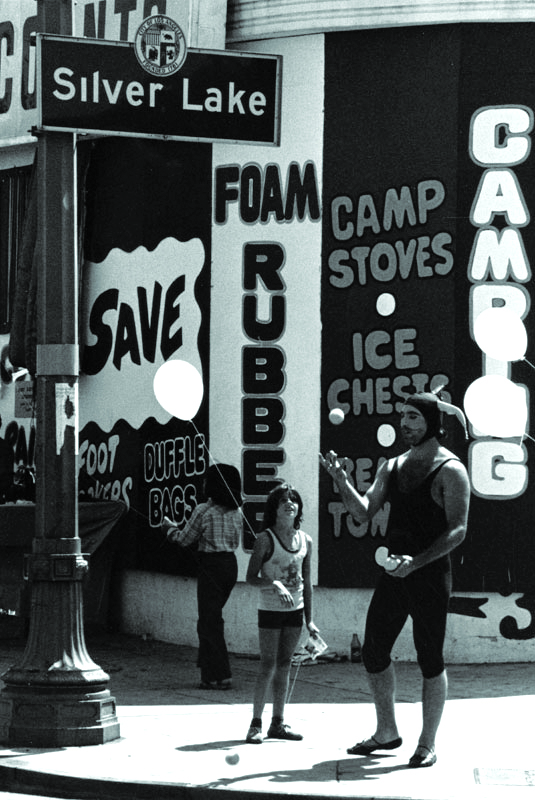 We all know the story of the first L.A. Pride Parade, initiated by the Reverend Troy Perry in 1970. The celebration was conceived of partly as a protest against police brutality, and partly as a way for the West Coast to commemorate the Stonewall Riots. But when it comes to L.A. Pride’s Eastside counterpart, the Sunset Junction Street Fair, many younger Angelenos are in the dark.

Although the Sunset Junction fair,  begun in 1980 and shut down in 2011, was always a smaller affair than the West Hollywood-based official L.A. Pride parade, it packed an enormous punch during its 30 operative years. With live performances by groundbreaking artists like Chaka Khan, The Supremes, and Slater-Kinney, Sunset Junction set the tone for a more grassroots Pride celebration.

According to the L.A. Business Journal, the first fair in 1980 was held as a kind of peace offering. Longtime Latinx residents and newer gay and queer implants (like the ones who rioted at Silver Lake’s the Black Cat in 1967) were butting heads over issues of gentrification, and the fair was a way to break bread, listen to great live music, and co-exist while supporting local businesses. As the festival grew in size, it changed from a smaller neighborhood block party to an all-out extravaganza, eventually growing far too big to be sustained by the few blocks from Sunset to Santa Monica Boulevard in Silver Lake. In 2011, after the city denied the festival the proper permits. Today, the spirit of Sunset Junction can be found in smaller Pride events around the East Side, such as Dyke Day in Elysian Park and LGBT Night at Dodgers Stadium.