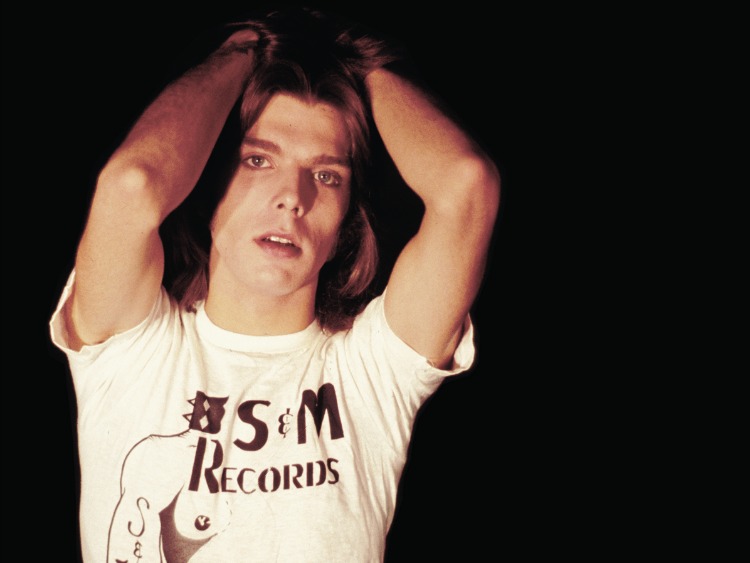 Imagine a time so backward that revealing your queer sexuality was enough to get you blacklisted from the music industry. Have a time period in mind? Shocker: It’s much, much closer than you think.

Back in the 1970s, when musicians like Lou Reed and David Bowie used gender fluidity to make a name for themselves and embrace the avant-garde style of the time, being out as a gay man or woman was still enough to crush a burgeoning career in music. Take Exhibit A: Smokey, the glam-rock band formed by singer John “Smokey” Condon and the L.A. producer EJ Emmons in the 1970s. Despite being a clear formative influence on other famous singers who borrowed the queer aesthetic (Iggy Pop, Bowie, and even Elton John to name a few) most of Smokey’s legacy is lost to posterity. Why, you might ask?

According to Emmons in a 2015 interview with Noisey: “We ran into the problem of being fags, unfortunately, in a time when fags were still not cool in Hollywood.”

This problem caused Emmons and Condon, who had grown up in Baltimore alongside John Waters and his ragtag Filth empire, to self-produce, starting their own label, S&M records, inspired by the New York leather scene. With songs like “Hot, Hard and Ready” and “Piss Slave” (featuring the lyrics: “I wanna feel your piss running down my throat,”) Smokey was serving up out-gay realness to a world that simply wasn’t prepared to deal with it. In the 1970s, you could go the Bowie route and pretend to be queer, strut around like Mick Jagger in the name of full-fledged heterosexuality, and could even flirt with queerness in a transparent way like Liberace. But to go so far as to write songs about sucking cock? Forget it.

“There was still a [stigma] for being gay,” Emmons told L.A. Weekly in 2015. “And [Smokey songs like] ‘Leather’ and ‘Miss Ray’ — there were too many songs that had too many connotations. One guy, I took the record over to him one Saturday morning and he said, ‘Is this guy a faggot?!’”

Smokey, of course, prevailed, putting out their 45s on practically no money in Hollywood during the 1970s and early ‘80s. Unfortunately, their work hasn’t had the type of audience it might have had in a more liberated era. According to Condon himself:

“We weren’t gonna change who we were for anybody,” Smokey says. “And I never considered myself a gay artist. I was just like, ‘I’m a singer.’ I remember walking into the musician’s [referral service], where you’d put your name up on a board, and I had my name up on the board and it was really hurtful — somebody wrote FAG across my name. That’s the kind of stuff that would hurt us, you know? But the kids that came to see us at the shows didn’t care. They were 99% straight and they loved it.”