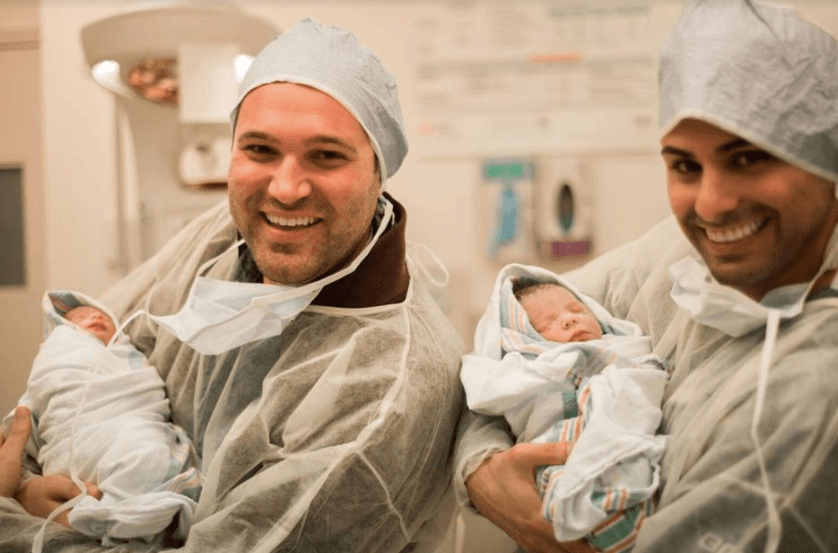 In mid-January, the human rights group Immigration Equality filed a lawsuit against the U.S. Government on behalf of toddler Ethan Dvash-Banks. Before Ethan could speak, crawl, or register what the words “family” and “country” meant, the case of his American citizenship was being contested by a government that granted it without a thought to his twin brother Aiden, but not to Ethan himself. The lawsuit, brought about by Ethan’s parents, Elad and Andrew Dvash-Banks, was a practical measure and a statement. It was filed in order to reunite a family, give two twin brothers equal rights, and create a more inclusive idea of what family means in America in 2018.

Elad and Andrew’s story spans across years, countries, and continents. The two met in Israel, forming a relationship that would lead to their marriage in 2010. The couple wanted to settle in the United States, but the Defense of Marriage Act stood in their way. Instead of compromising, they moved to Canada to begin a life together. In 2016, their twin sons were born through surrogacy. Elad served as Ethan’s biological father, Andrew was Aiden’s. But the family wanted to move back to Andrew’s hometown of L.A. to be closer to his family. Seeking American citizenship for the children, Elad and Aiden visited the American Consulate in Toronto, where they were asked for DNA tests to prove their parentage. As a result, only one twin was allowed citizenship. Ethan, by virtue of being Elad’s biological son, was not. Elad’s Israeli citizenship meant that his son could only live in the U.S. on a tourist visa at the age of 16 months.

The case has created a flurry of outrage and interest from human rights groups around the country, many of which feel that the problem is due to LGBTQ+ discrimination. The family is currently living in Brentwood, preparing to fight the case on a national stage. Immigration Equality, an organization with a 99% win rate, has decided to take on the case.

Immigration Equality’s Executive Director, Aaron C. Morris, will be serving the Dvash-Banks family as their attorney.

“[We’re fighting for] the idea that you are born and raised in the United States, and you leave for another country, fall in love, and get married, and children that you have as a product of that marriage are U.S. citizens from birth.” Said Morris in a press call. “This has been the law for more than 20 years…if you’re an opposite-sex couple and you walk into an embassy abroad, you have two things. A birth certificate and a marriage license. You literally walk out with that child as a U.S. citizen. What’s happening with same-sex couples is that the U.S. government is creating an additional unconstitutional burden. And that requirement, which is not articulated in the law in any way, is a state department policy that was created around the same time as the end of the Defense of Marriage Act. That policy is to require a biological link to a United States citizen. Unlike opposite-sex couples, when a same-sex couple walks in with the very same pieces of evidence…they’re required to either establish a DNA relationship, or that they gave birth to the child. This requirement is illegal as a matter of Supreme Court law. It also creates an unconstitutional burden that our couples could not overcome.”

Andrew, whose extended family still lives in L.A., wanted his relatives to be able to see the twins grow up firsthand. When he and Elad received the news from the American Embassy, their plans were dashed.

“Being a father is everything for me,” says Elad, who despaired of ever being able to have children as a young gay man growing up in a society with limited media representation of queer families. “How am I going to explain this to him when he grows up? ‘You’re different from your brother?’ “

At this time in America, with Republicans holding the majority voice in our government, issues of immigration and LGBTQ+ rights are coming newly under fire. With Trump seeking to roll back protections for immigrants and DREAMers alike, children of foreign-born gay parents like Ethan are looking at a hard-fought, upward battle when it comes to securing their equal rights as well as their citizenship.

Immigration Equality plans to fight Elad and Andrew’s battle in court. If you’re interested in finding ways to help, sign the couple’s MoveOn petition at: https://petitions.moveon.org/sign/demand-equal-treatment-1.