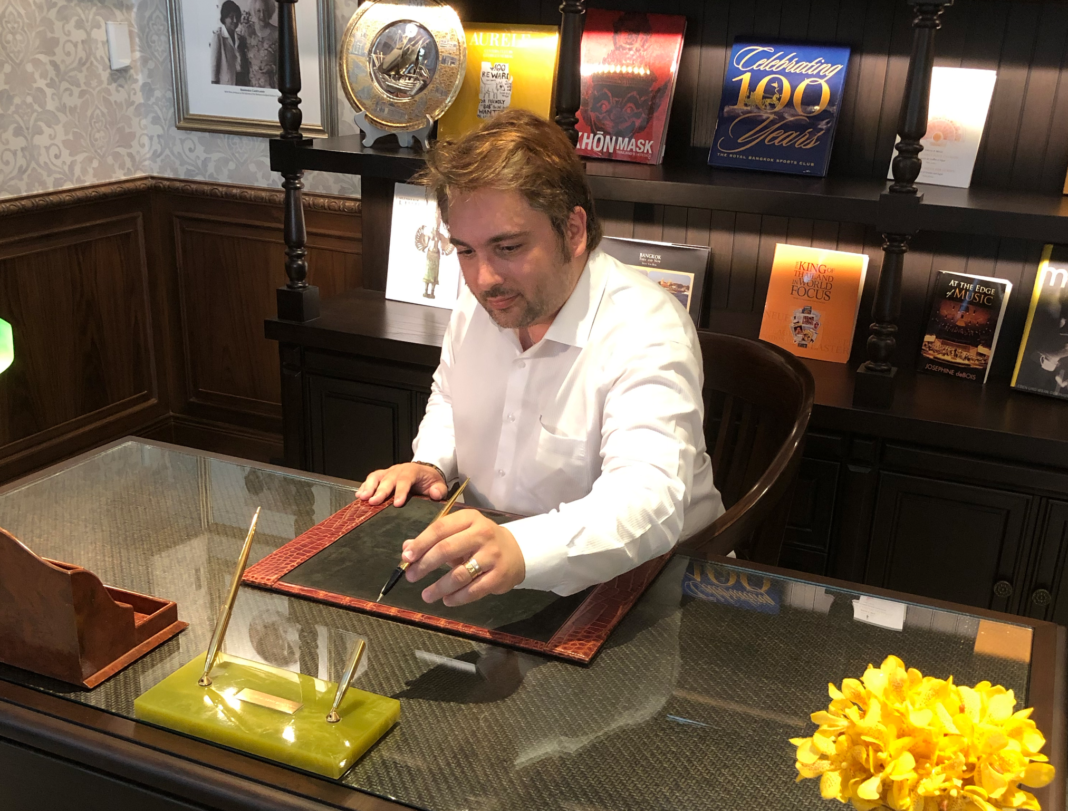 Nektar Baziotis has come a long way in his journey to being one of the leading IT companies, specialized in web and mobile app for local businesses on the Westside: over the course of two decades Nektar has managed over 300 projects in 17 countries, but from the moment he stepped into Santa Monica, Nektar knew the city had something special.

“When I first came in Santa Monica, I fell in love with the city. In Santa Monica people are smiling and happy, even when you just meet them randomly on the streets,” Nektar said.

Nektar is the founder of a tech, web and mobile app development company called ENKI Technologies based in the iconic 100 Wilshire building in Santa Monica. Since founding ENKI in 2015, Nektar says the company has seen economic growth, thanks in part to the people who make up Santa Monica, which Nektar says make it an ideal environment for a burgeoning startup.

“In the last few years we have seen an economic growth and a focus on green initiatives. The mentality of the city, the people, the opportunities to collaborate for the good of all are what most attracts us. Santa Monica is the new Tech Innovation Hub. From large companies to startups, we all focus on expansion, hiring more and being innovative,” Nektar said. “For ENKI, we are in the center of a revolution in IT and we want to contribute to and be part of the success of the people, the businesses and the City of Santa Monica.”

On top of delivering results to many Westside business, Nektar has an extensive history of results delivering to international organizations abroad, including the European Commission, the European Parliament and the United Nations (UN).

“Working with the European Commission and the UN definitely made us focus more on User Experience and Security. We had to identify all possibilities during the specification phase to make it possible. Above all, we learned that no matter the size of the project, we should approach them all with strategically, as the dynamics and demands for delivery are always similar,” Nektar said.

Whether working with an international organization or with a local small business in the Westside, Nektar’ and ENKI’s approach remains the same.

“We care about our reputation, which means we care about earning the trust of our clients and maintaining the relationships we build. Our target is to create strong relationships, contribute to the success of the business and deliver a unique design, great tech and customized strategy for each of our clients or partners,” Nektar said.

In the midst of a career that has taken Baziotis to nearly every corner of the world, the well-traveled tech-maestro sees Santa Monica and the Westside as the place he wants to continue working to help thrive.

“I am a traveller, and I followed the sun to the west! When I was a kid, my grandfather was always saying that America is the land of the free. The US Government and military have helped Greece significantly in the modern era to reach independence. California for me is the epitome of freedom, respect for each other and evolution. In my mind and heart, there is no other place I would rather be and contribute too,” Nektar said.

Nektar Baziotis is an entrepreneur and IT project manager based in Santa Monica, President of ENKI Technologies. He has managed and successfully delivered to various institutes and organizations, including the European Union (EU), the United Nations (UN) and public and private sector partners and clients in the United States. For more information, visit  https://enki.tech/ or call (213) 814-2332 or follow at twitter.com/enkitechi/ and linkedin.com/in/nektariosbaziotis.