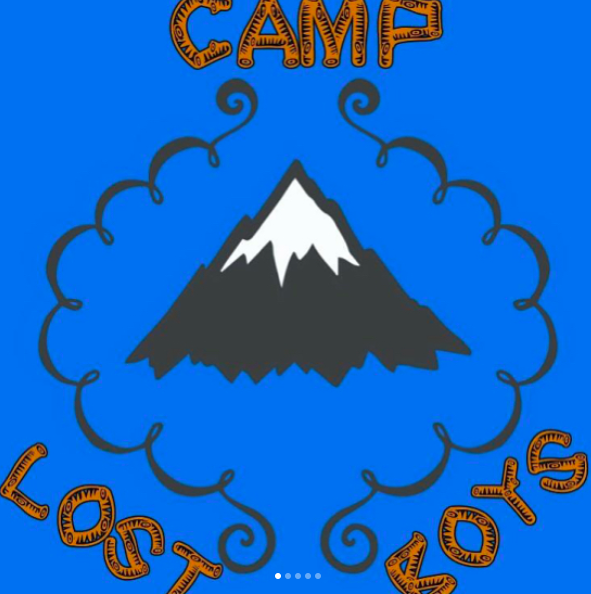 In the past few years, increased discussions of trans acceptance and portrayals in the media have led to a ton of positive change. It’s something that older trans folks can feel both grateful for and conflicted about, especially when it comes to how younger trans kids get to experience their earlier years. Trans kids growing up now can experience their childhood as children, with many resources available to themselves and their parents to make the process of growing up filled with positivity and acceptance.

But what happens to those of us who came out before the current wave of political visibility? For many of us, it seems like our childhood wasn’t a childhood at all. Is there any way for us to get it back?

Rocco Kayiatos thinks so. This year, the artist, musician, and creator decided it was time for men of trans experience to get a shot at having bona fide summer camp adventure, complete with outdoor activities, fireside chats, and bunk beds.

Camp Lost Boys is a three-day, two-night camp located in the mountains near Big Bear outside of L.A., and it’s for adults.

The camp runs from October 27 to 29 of this year, and is the first time Camp Lost Boys will open its doors. Registration, which tops out at 100 people, filled up quickly, with trans men over 34 making up most of the campers. Kayiatos and the other organizers even made sure that some of the campers were able to attend free, on scholarship.

“I transitioned 17 years ago, and there were no resources for me at all,” says Kayiatos, who previously worked in Buzzfeed’s Video Education Department and is the co-creator of Original Plumbing Magazine, a zine created for and by trans men. “There was no community building place, there was no Internet presence of trans people, there was really nothing. So now, because we live in a different world, less than two decades later, there are so many resources, and the focus tends to be really heavy on nurturing trans children and making sure they feel comfortable and safe. I’m so grateful kids don’t have to go through that dark age that I went through, but I’m also crying for my own childhood that I missed out on in some way and feeling a little bit resentful that there was nothing for me as a kid, or when I was coming of age, to help guide me or make me feel comfortable.”

Today, several camps exist specifically for transgender and gender nonconforming children. Those who are lucky enough to attend get to experience a classic childhood rite of passage without having to compromise their gender identity or hide who they are.

“There’s this focus on making things available for kids. So I was like, I’m going to make a traditional kid’s summer camp for adult men that never got to go to summer camp.”

Camp Lost Boys, in addition to being focused on traditional camp activities, provides adults with a way to bond with each other outside of the Internet, something that’s becoming increasingly important – and unheard of – for younger members of the trans community who grew up having YouTube, Instagram, and Tumblr as community resources. Camp Lost Boys also enlists the help of pioneers and influencers to guide fireside chats about mindful masculinity, such as activist and model Aydian Dowling and health care activist Jamison Green.

“I feel passionately about creating this intentional curated space for people, particularly thinking about how [culturally] it feels so volatile right now. It adds value through asking people to unplug and connect to nature, and asking people to connect to what it means to have a real community. And once I saw how excited all these guys were to have this space, I got this other outreach from people who were like, “man, I wish this existed for people who weren’t trans men, because I want to come to a camp like this.”  So I was like, fuck it, I’ll create another camp.”

The new camp, which will include folks who fall outside the transmasculine spectrum, will launch in April of 2018. Meanwhile, more plans for retreats and sleepaway camp experiences keep growing.

“My friend and I want to have a sleepaway camp that’s also a kind of reimagining of a business conference. For artists and misfits and outsiders who didn’t win the ovarian lottery. It will give them access in another way. We’ll get influencers and entrepreneurs come and talk about how they built their business, how they made their way through Hollywood as a queer woman. It will be a very different thing, but the same principles of granting access and providing a space to unplug and plug back into who you are and who your values are,” says Kayiatos.

In a city like L.A., it can be hard to find a community, and even harder to find the time to break away from the Internet long enough to see where you really are. Camp Lost Boys, by providing a safe, open space for trans men, helps to reclaim the carefree boyhood experience that so many of us never dreamed of living out loud.