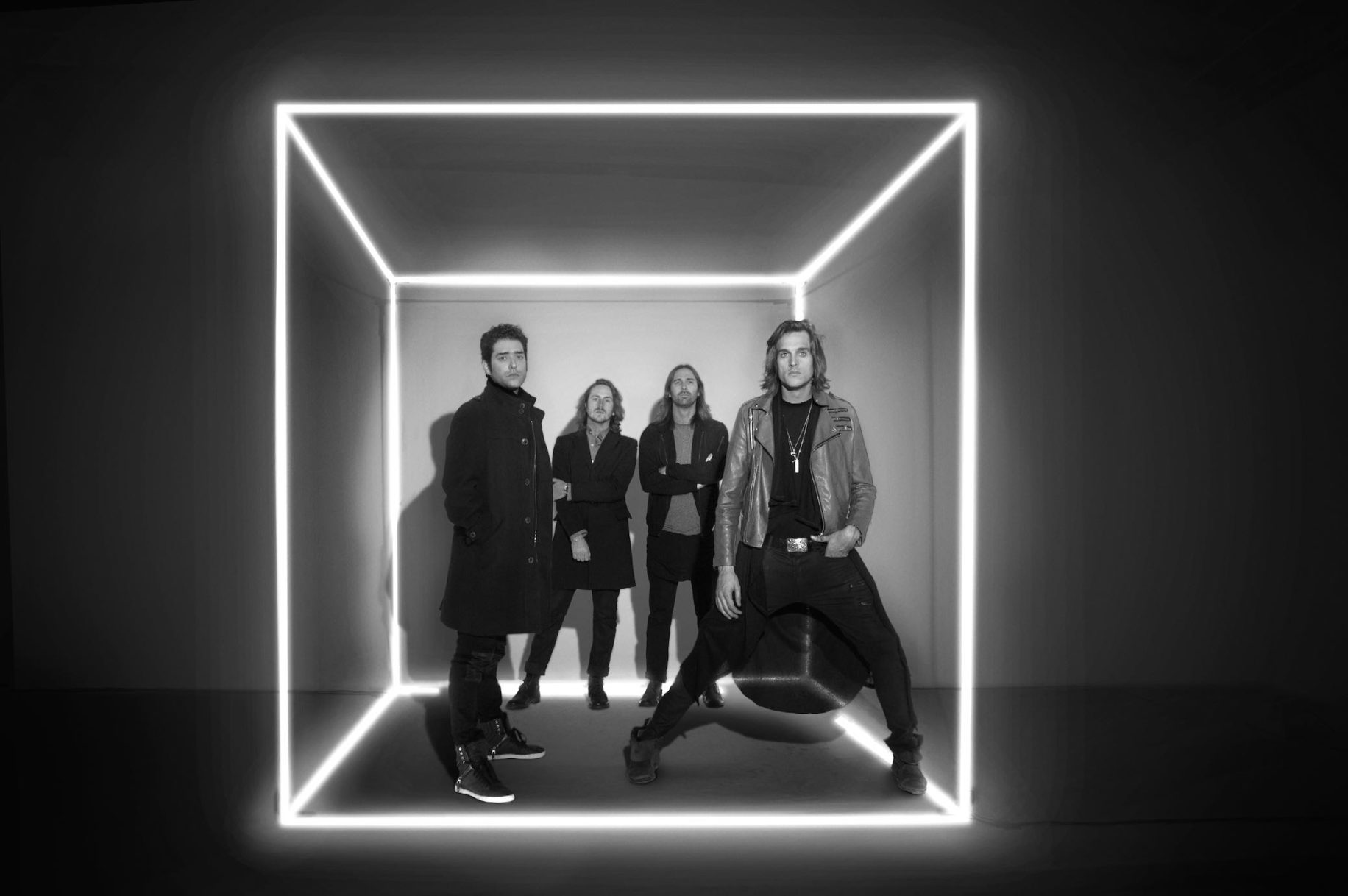 As part of one of the freshest new L.A. bands with Venice roots and a seal of approval from none other than RZA himself, bassist Dimitri Farougias is making moves in the music industry. He’s also making a statement. Just this June, when Billboard approached Farougias, along with only a handful of other artists, to write an open letter to the LGBTQ+ community, he spoke candidly about his constrained upbringing in Greece, where diversity and acceptance were far from the norm.

“To all our LGBTQ brothers and sisters; you’ve shown us and the entire world a level of courage, strength, and pride second to none.” Farougias wrote. “Against all biases, against all odds, you are still fighting and you are winning. We stand by you.”

Now Farougias is currently back in Los Angeles to play two huge shows with Faulkner on their home turf: One at the L.A. LGBT center on August 18 as part of a mentor program, the other at Downtown L.A.’s The Resident on August 29. With a powerhouse set of new songs and a powerful backing from seasoned artists from all genres, Farougias, along with Faulkner, is poised to make a splash on the scene – right here where it all began. We sat down with Farougias to talk about the music, the fans, and his L.A. homecoming.

The Pride: Tell us a bit about your background.

Dimitri Farougias: I was born and raised in a small town northwest of Athens, Greece. That was a small town mentality, very very closed-minded and stupid. I moved to L.A. in I believe 2001.

You noticed a difference?

Absolutely. You go from like a very religious, strict, patriarchal kind of culture where whatever your priest and dad says is the law, and then you move to a place like L.A. where that kind of thing just doesn’t fly. And you’re like ‘holy moly, this is a whole new world and I’m just loving it.”

You met all the other band members here?

Yeah, we all met in the L.A. music scene through friends of friends. We started writing the EP in 2013, that took about a year just writing and recording, which is the “Revanchist” EP. The album has been an ongoing process. We keep on writing. But i think we have everything down for it. I think everyone’s happy with where we are right now in terms of song selection. We should be releasing it sometime at the end of this year.

How did you get involved with RZA? He’s been a huge supporter and collaborator of Faulkner.

We met him through several different sources. We personally tried to reach out to RZA, we sent him a demo of at the time “New York Anthem,” which then sounded nothing like it sounds now. And he promised he would take a listen, which took a minute, but he kept his promise. And he came back to us and said: “I’m liking this, let’s do it.” He originally signed on to produce, which is what we’d asked him for, and then when we went into the studio in Malibu–the coolest part about that is that it was Bob Dylan’s house until five or six years ago–but we went in there, and we started working on it, and he got into so much that he actually grabbed a pad and pen and freestyled a verse. We couldn’t believe it. That was really a dream come true.

How did you end up booking the performance at L.A.’s LGBT Center?

I think it’s the first event of its kind where they’re putting a bunch of artists together, primarily to help the LGBTQ+ center. I think it’s a music outreach program, where music companies will send songwriters out to hang out with the kids and write a song together. There are music companies that have a studio at their disposal where they’ll invite the kids to the studio, and even help them record the song they’ve written. I think it’s amazing that this is actually going into action. Clearly, I’m very biased when it comes to music, so yes to that. I can’t wait to perform there. It’s so cool what they’re doing! So creative and rewarding.

How did you pick the name? I’m guessing it has something to do with the famous writer.

There are a few different stories, but I prefer the writer one. We’ll stick to that. We’re all fans of literature in general. We like our books, and especially Lucas [Asher,] our main guy who writes all the lyrics. He’s a bibliophile, to say the least.

What are you looking forward to for the rest of the year?

I’m just really excited to release the album. That’s definitely number one at this point. I’m excited to keep playing more shows. I love doing it. I love traveling, going places we’ve never been before. Making new fans, meeting news ones. It’s an unbelievable experience. We were just in Pittsburgh and Indianapolis. People think of it as “flyover country,” but when you actually go there and meet the people and talk to them, they’re super grateful and happy to have live music. In L.A. we’re super jaded because we have everything at our disposal 24/7. Smaller towns don’t get that privilege. So when you go there, you just see that excitement from people. It kind of makes it mean so much more.