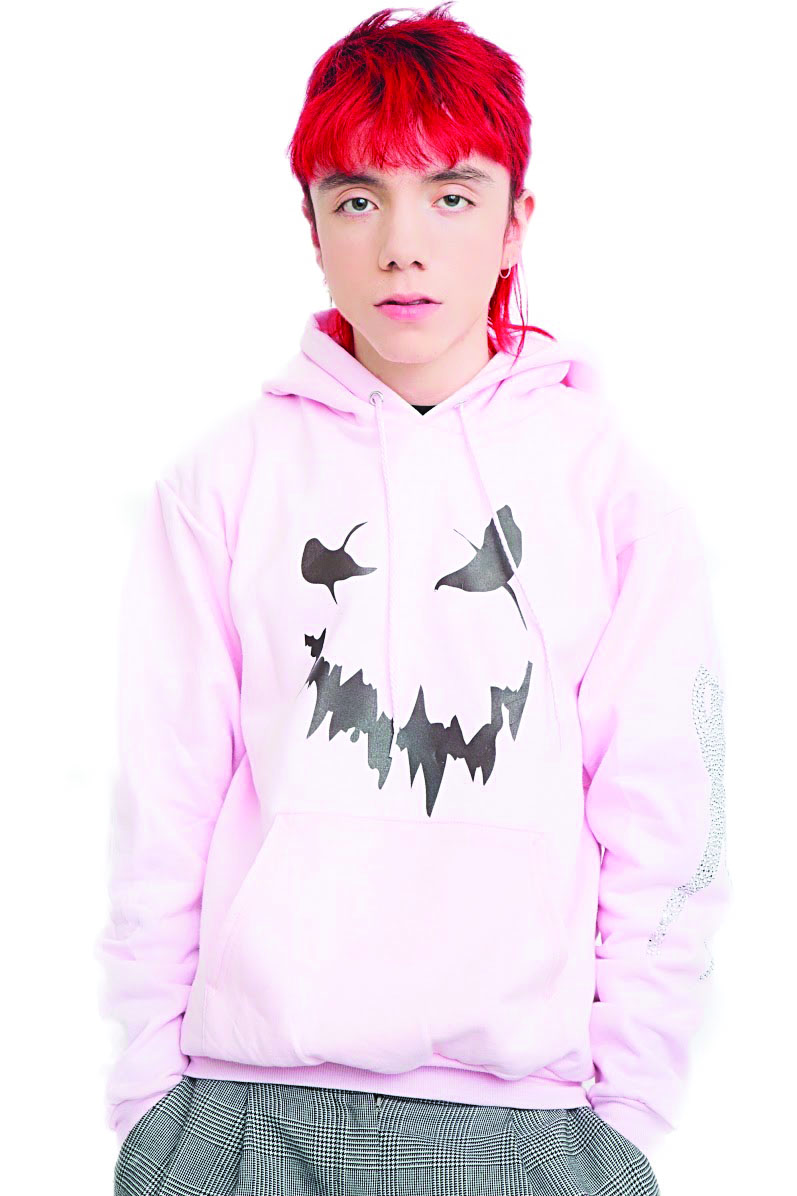 This past week, after Vogue’s July 13 cover story featuring a besuited “androgynous” Gigi Hadid came out, the Queer Internet was in an uproar. Vogue’s story, which used its cover models Hadid and Zayn Malik to put forth a notion of a new, gender-free approach to fashion, was seen as tone-deaf and ignorant by many in the queer and nonbinary community. Many Twitter users took offense at the fact that, rather than put an androgynous model on their cover, Vogue chose to go with Hadid and Malik because they have a relationship in which they often share each others’ clothes.

The controversial Vogue article, titled: “Gigi Hadid and Zayn Malik are Part of a New Generation Who Don’t See Fashion as Gendered” begins by name dropping “Orlando,” Virginia Woolf’s groundbreaking experimental novel about a male protagonist who switches genders halfway through the story. Orlando, as one of the few canonical literary characters nonbinary people have to represent them, is used as an example of how young people in fashion don’t “play by the rules,” while its entire point and themes (about gender inequality, the changing expectations of gender roles through time, etc) are entirely erased.

Vogue’s article does get one thing right: It sets the tone for just how little the rest of the piece is going to “get it” about queer fashion as a movement.

The upset around the piece had to do, mostly, with matters of representation. Nonbinary writer Akosua Johnson wrote in “Fashionista” that “nonbinary people may be leading the charge in defying fashion’s gender conventions, but our incredibly cool styles are not the end of what it means to be genderfluid. This active reversal of the many ways in which gender roles are forced on us is not a result of some flower-power, laissez-faire, devil-may-care millennial faux-losophy but is a byproduct of generations of people struggling to be recognized and self-defined, despite what others might think.”

Nonbinary actor and model Rain Dove, who has modeled in both men’s and women’s fashion shoots, took Vogue to task, noting that gender fluidity is “not a trend,” especially when it comes to fashion. In fact, where gender is concerned, fashion has historically been a place where androgynous, queer, and genderqueer people could see themselves represented even before they were allowed basic rights. This legacy, oddly, is how queer creators of fashion make their power felt in the Trump age more than ever, using clothes as a way of keeping the queer community not only visible but impossible to ignore.

Take a look at three recent collections by queer creators that just came out. One, the last of many collaborations between queer L.A. boutique Otherwild and the lesbian culture Instagram Herstory, features elements of throwback lesbian fashion, including faded jeans, baggy tees that read “how dare you assume my gender,” and buttons reading “I am wet” and “pervert power.” Another collection by Raul Lopez’s LUAR recreates classic men’s business wear as colorful, feminine, proudly queer attire. The collection, called “Corporativo” was designed by Lopez as a direct comment on – and affront to – the Trump administration. Meanwhile, the most surprising statement fashion line of all comes from 19-year-old model Jovel Ramos, who created his spring ‘18 fashion capsule to benefit queer homeless youth. Twenty percent of the funds made from sales go to New York’s Ali Forney Center, and the clothes are made to sell. The 19-year-old model, whose style takes a tip from Mick Jagger, King Krule, and other old-school androgynous icons like Grace Jones and David Bowie, created the capsule – white tees over striped shirts with cutouts of a Jack Skellington grin overlaid – to do more than just represent queer culture in fashion.

“Queer visibility is great,” Ramos told OUT, “but that’s not saving anybody’s life.”

The desire to move past being seen into the realm of being loud, present, and impossible to ignore, seems to be the general trend. That’s why the outrage over what might seem like a harmless Vogue article seems so oversized. The queer community has always been fighting for its life, and fashion is where it’s always thrived. From old school designers like Valentino and Riccardo Tisci to Alexander McQueen and Tom Ford, fashion has always been a queer-dominated industry. Now it has to become more than that. It has to start saving lives. And no one understands that more than Ramos.

Q: Tell me a bit about the mission behind your new capsule collection

A:  I spent the last couple of years working in fashion, modeling, and developing my character. I sort of built an audience along the way and started to do all these features in magazines, and even on television that was centered around being queer, but I felt like that wasn’t enough. I wasn’t giving back to the same community that helped build me from the ground up. So I started my self-titled label ITSJOVEL and started my first capsule collection where 20 percent of all proceeds were donated to the Ali Forney Center. The Ali Forney Center is a non-profit shelter that houses and supports LGBTQ+ youth in New York.

What were you thinking about when coming up with the designs?

During the design process, I wanted to make sure the capsule was really reflective of my style and who I am. The capsule featured three pieces – a hoodie, a cropped baby cap sleeved t-shirt, and an oversized tee with the overly long striped sleeve attached. All the pieces featured a menacing jack-o-lantern smile on them. I wanted it to feel dark and spooky, but still ultra feminine. When I was thinking about the designs I was inspired by the idea of goth culture and those sort of disgusting t-shirts you’d find on clearance racks at Hot Topic. It was about taking something so creepy and Halloween inspired and making it feminine and sexy, like the cropped baby tee.

Do you think the future of fashion is androgynous? If so, why?

I wouldn’t necessarily say ‘androgynous.’ I definitely think that fashion is in a better, more open-minded direction. I just wish it was more authentic. I want to see more queer, trans, and GNC folk in magazines and campaigns. Take Gigi off the cover and throw one of us on there! I’d like to think our community is the future. That’s what I’m fighting for.

How did your past experience inspire this collection?

I’ve spent my entire life, both in and outside of my career fighting. I’ve fought for acceptance, I’ve fought for visibility for other young queer kids, and I’ve fought my way through rejection in this industry. I’ve done things that I would never dream of as a kid. I’ve been in magazines, on runways, I’ve performed along pop stars. All these experiences have inspired me to give back to my community and the people who’ve supported me. I know what it’s like to grow up queer and come from a low income/urban background. Believe me, it’s not easy. I want to let kids know that you can do anything. Even if you feel like nobody’s rooting for you, you’re capable of anything as long as you remain 100 percent organically you.

Where do you see yourself within (or without) the fashion world?

I’ve always seen myself in the fashion world as an outsider. But I think it’s made me a better person in the long run. I’ve developed a strong work ethic and a sort of ‘do-it-yourself’ attitude. I’ve built an entire brand off of being everything that fashion hates.

What’s next for you, in terms of fashion or otherwise?

My first semester of college in New York, I sat down with a career advisor and told her all the things I wanted to accomplish and she laughed in my face. She told me I was all over the place, had too many goals, and I had to sit down and pick one thing. She was completely wrong because I’m 20 and I’ve accomplished over half that list. I really do think the sky’s the limit. I want to expand my label and sell it in major retailers, and get to see it on celebrities who are LGBTQ+ advocates. I’d love to see my clothes on strong women like Miley Cyrus or Gaga.

What would you tell your younger self?

“Even if things seem dark right now, persevere because you’re going to lead one fabulous fucking life after high school….and stop plucking your eyebrows so thin!”

Do you have any plans to bring your work to L.A. at any point?

I’d love to bring my work to L.A. at some point. I’d love to expand and get the label in more stores.