BY DOUG  MONTGOMERY| “My father taught me that everyone is entitled to be treated with dignity and respect,” Joe Biden began in an Op-Ed for The Washington Post. Although it might sound like political lip service coming from the previous Vice President, we’re inclined to believe him. “This notion girds our very identity as Americans,” Biden wrote, and it continues to drive him today: “particularly when it comes to full equality for lesbian, gay, bisexual and transgender people.”

In the May 16 article, posted on the International Day Against Homophobia, Transphobia, and Biphobia, Biden confronted the disturbing global trends in violence and discrimination towards the LGBT community. In addition, the former Veep promised that his foundation, The Biden Foundation, will prioritize “promoting LGBT equality and will use its resources to convene networks and catalyze action on issues ranging from transgender equality to LGBT youths to global human rights.”

Despite the tremendous progress made in the United States, “important work remains,” according to Biden.

“In 28 states, you can still be fired for being a lesbian, gay or bisexual—30 if you’re transgender.”

Never one to mince words even while in office, Biden points an accusatory finger towards members of the international community. Conditions in some countries have never been worse.

In Syria and Iraq, “LGBT individuals face terror and torture, often at the hands of the Islamic State.”

“Countries such as Russia—where appalling reports recently surfaced that authorities in Chechnya were imprisoning and torturing individuals believed to be gay or bisexual—Uganda and Tanzania continue to be openly hostile to LGBT people, and their political leaders have used anti-American sentiment to fuel anti-LGBT hate. And in many parts of the world, the horrific assault of ‘corrective rape’ is used as an extreme form of conversion therapy to try to turn women straight.”

Biden’s article highlights a key dynamic of the Obama-Biden legacy. Even though Obama receives much of the praise for the advancement of LGBT rights, the real accolades go to Joe.

It’s worth remembering that, after repealing “Don’t Ask, Don’t Tell,” Obama appeared reluctant to throw his weight behind the growing issue of same-sex marriage. It wasn’t until his Vice President was asked about his “personal views” on the question that Obama himself had to come out in support.

At an event hosted by a gay couple with two children, the Human Rights Campaign’s Chad Griffin asked Biden for his thoughts on same-sex marriage.

Biden appeared uncomfortable at first. But then he answered with this:

“I look at those two beautiful kids. I wish everybody could see this. All you gotta do is look in the eyes of those kids. And no one can wonder, no one can wonder whether or not they are cared for and nurtured and loved and reinforced. And folks, what’s happening is, everybody is beginning to see it. Things are changing so rapidly, it’s going to become a political liability in the near term for an individual to say, ‘I oppose gay marriage.’ Mark my words.”

His piece in the Post resounds with similar prescience and calls to action.

Biden writes: “Progress is possible. But we cannot wait, we cannot stand by.” 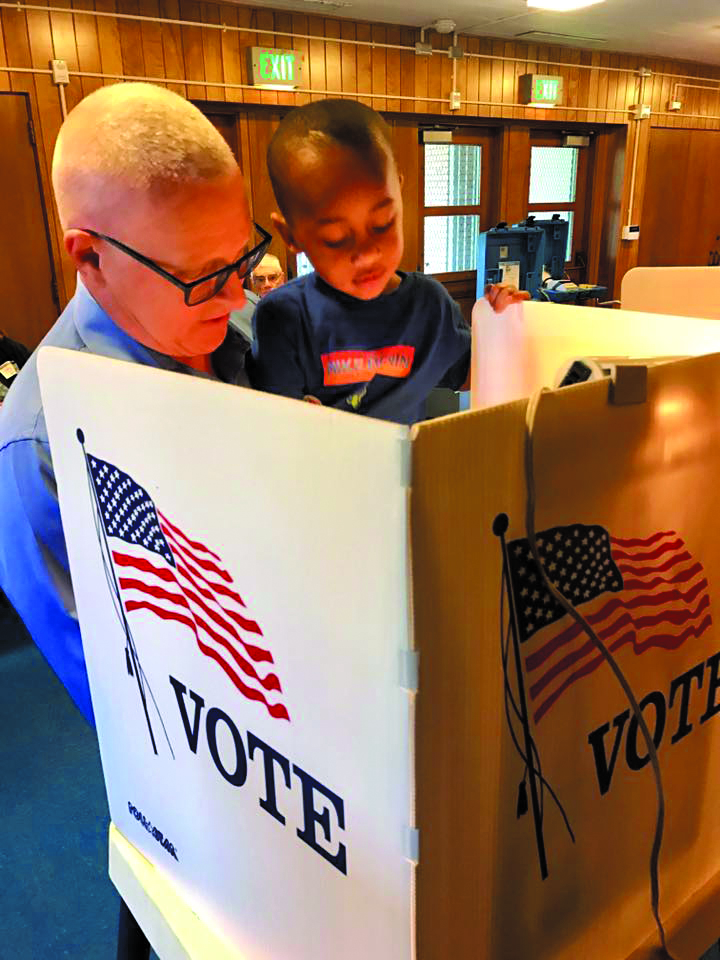