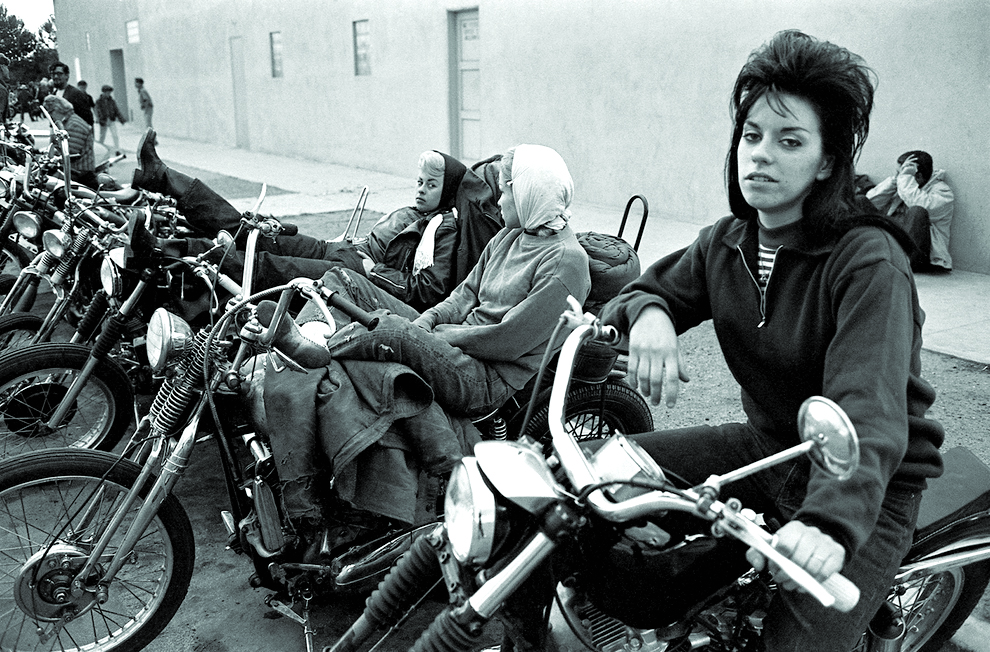 In the streets of East Los Angeles (the birthplace of the Chicano rights movement,) a dangerous crew known as the Ovarian Psycos Cycle Brigade can be seen coming through. They are a group of women of color finding strength in numbers and joining together to ride through some of the roughest neighborhoods that they would otherwise feel threatened by. They’re dangerous because they know that the scariest thing to society is a group of women empowered by each other’s support.

They ride not only for each other but for the injustice and pain that weighs heavy on their communities against women of color such as themselves. The Ovas not only have to fight to have their place within their communities, but they also fight against Los Angeles’ growing gentrification by claiming the streets of East L.A. as their own. Xela de la X founded the Ovarian Psycos as a mother, social activist, musician, and survivor of sexual abuse looking to empower women and give them their own space on L.A.’s streets.

In a world occupied by men, these ride-or-die sisters unlearn the discomfort in taking up space of their own – and L.A. is no stranger to this female biker culture.

The San Bernardino Hell’s Angels were a subject of interest for photographer Bill Ray in 1965 as he spent a month with the biker gang only to discover the real significance in the female bikers. Ray didn’t even think about the Angels’ female counterparts, just as most people disregarded women in the ‘50s and ‘60s. He later found that they were their of their own volition and weren’t captured by the bikers, but rather accepted by them.

Yet the separation of the sexes was still apparent as the men gathered and excluded the women, who would subsequently gather together on their own. “When those guys were busy, the women just sat and waited. They’d smoke, drink beer, gossip, but they were pretty much just on ice until the meeting broke up,” Ray said in an interview with Time. “I remember, too, that many of them were surprisingly young: teenagers, or in their early twenties. They didn’t look young, though. Riding around on the back of a Harley at a hundred miles an hour in all sorts of weather will age you, I guess.”

Although their place may have seemed secondary to the men, they were very much still a part of the crew and their weathered appearance proved it. One of the women photographed by Ray even proudly sported a nose brace after a biking injury. Thsey were not women who could be accepted by the straightlaced society of ‘60s, and instead found their place among the outcasts who spend their life on the road. Ray’s fascination with these women came from their visibility in rebel culture and the agency they had in placing themselves there.

Over five decades later and women claiming space in both normative society and rebel culture continues to be equally audacious. The Ovarian Psycos are their own kings of the road and they ride with abandon while staying vigilant of the repression that enchains their sisters.

You can catch the full documentary Ovarian Psycos on PBS’s website.