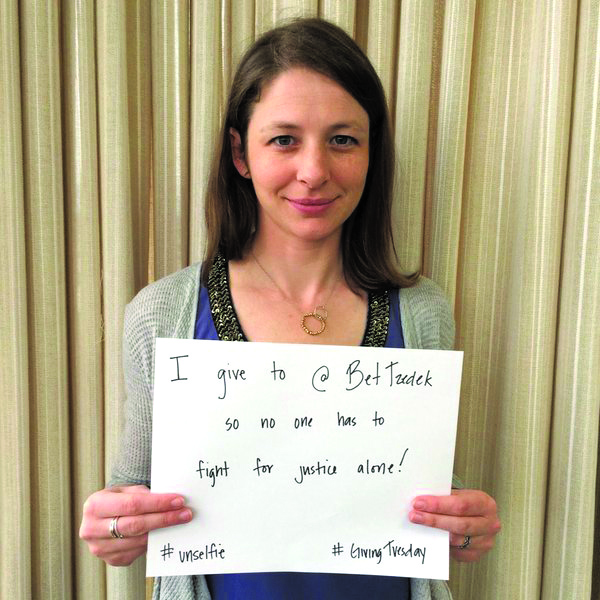 Bet Tzedek, one of the nation’s premiere public interest law firms, has been selected to provide free legal services to transgender individuals in Los Angeles seeking free legal counsel to protect themselves from hate as part of the Communities Against Hate national initiative.

The initiative is designed to address the disturbing spike in hate incidents across the United States and was launched March 13 by The Leadership Conference Education Fund, the Lawyers’ Committee for Civil Rights Under Law and nine additional partner organizations.

It is funded by the Open Society Foundation (www.opensocietyfoundations.org). The National Center for Transgender Equality, Human Rights Campaign and other advocacy groups have all noted that the pervasive lack of gender-congruent identity documents among transgender individuals puts them at heightened risk for hate. More than two-thirds (68%) of transgender individuals have no form of ID with the name and gender marker that matches their gender identity. Of those, nearly a third (32%) have been harassed, asked to leave the premises, denied services, or assaulted when presenting ID with a name or gender that does not match the gender in which they present.

Under the Trump administration, there is growing evidence that recently enacted policies to protect the transgender community will be reversed. There has been an increasing number of hate incidents targeting the LGBT community since the election, including the Feb.9 vandalizing of the LA LGBT Center in Hollywood.

To reduce and prevent incidents of hate, funding from the Open Society Foundation/Communities Against Hate Initiative will enable Bet Tzedek to provide free legal name and gender marker change clinics to transgender individuals throughout the Los Angeles region.

Jordan Aiken, staff attorney for Bet Tzedek’s Transgender Medical Legal Partnership program said, “Our clients often express how dysphoric and dangerous it can be to have identity documents that do not match their gender identity. Traveling, being carded, getting pulled over, even checking in for a doctor’s appointment can be very scary experiences.”

The next scheduled clinic will take place at the Bet Tzedek offices at 3250 Wilshire Boulevard, Los Angeles, CA 90010 on March 28, 2017 from 5- 7 p.m. Individuals interested in attending must preregister by emailing Jordan Aiken at jaiken@bettzedek.org or calling 323-549-5894.