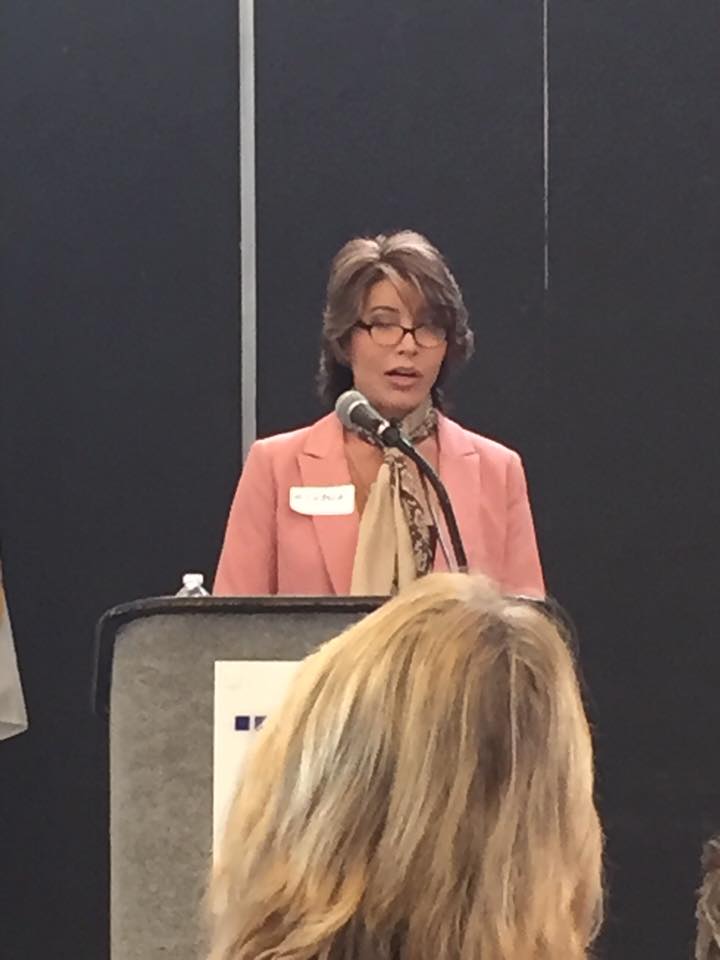 The Pride sits down with Michaela Mendolsohn, Transgender Acti…

BY ROBERT WILLIAMS | Michaela Mendelsohn is a gal on the go, or more correctly, a gal on the way up and she wants to pull you up with her, especially if you are part of the transgender community. Her mission is to level the playing field so that trans people can start expanding their vision from worrying about survival to flourishing and having a family.

“If we are not lifting up the community from the lowest denominator up, then we aren’t really doing our job for social justice,” Mendelsohn says.

The author and speaker founded the California Transgender Workplace Program to promote trans-friendly job conditions and employment opportunities. As a transgender female and CEO of Pollo West Corp, one of the largest franchisees for El Pollo Loco, she has first hand experience as an employer who has realized the value and potential for transgender employees in the workplace.

“I began to think of the idea for CTWP when I hired my first transgender employee in one of my restaurants,” she says. “Living as a woman, the employee was forced by her previous employer to use the men’s restroom where she was sexually molested. She was then allowed to use the women’s restroom but a customer complained and she was fired.”

Creating an employment advocacy organization is not the only way the 63-year-old Mendelsohn champions her community. She is the first transwoman on the board of the Trevor Project, a national organization focused on suicide prevention among LGBTQ youth. It’s an important step for both Mendelsohn and the organization as 43 percent of trans people have attempted suicide, including Mendelsohn.

At age 55, Mendelsohn started living life as a woman which caused tension among her family, including her three children. They did not want her around their friends and she was not allowed to go to their school events. This rejection led to her suicide attempt.

“Being a parent was the best part of my life and I was angry I wasn’t getting back the love I had given them.” Mendelsohn said. “I expected their support and when I felt rejected, it felt awful.”

The tension peaked when Mendelsohn went anonymously to her daughter’s classroom and read a poem her daughter had written and was posted on the wall:

“When I was 4 years old I would sit on my daddy’s shoulders and I was on top of the world. Nothing could hurt me. Now everything has changed. I am no longer daddy’s little girl. I am no longer safe. Now even the sound of his voice sickens me,” her daughter wrote.

“It was like an arrow through my heart,” she says. “I had never been suicidal but I thought I realized my being alive was hurting my family too much. I was not in my right mind when the following night I stepped out my car in front of an oncoming car. My then 19-year-old son jumped out of the passenger seat, grabbed me, and pulled me away. He looked in my eyes and said, ‘Dad, I don’t care what gender you are, this family needs you.’”

Mendelsohn’s therapist explained the lifetime of pain suicide causes the surviving family members and she has never thought about it again.

“It’s important that we all celebrate uniqueness,” said Mendelsohn. “My struggles have made me stronger and happier – that’s the message.”

Mendelsohn has an aura of warmth and beauty shared nicely with a type of confidence lending credence to personal and professional success. Although soft spoken, her matter-of-fact honesty and articulated intelligence screams at you. She is a woman whose journey has seasoned her to command respect and admiration, if not awe.

She was the first transgender contestant in the Ms. Senior California Pageant and worked with Jenji Kohan as a consultant on “Orange is the New Black,” in the development of Laverne Cox’s character.

She didn’t want payment for her consultation for the television series but she did have a couple of requests.

“Jenji in her position is going to do whatever she wants, but I asked her to get the role right because so many roles have been stereotyped and to hire a transgender actress, which she did.”

Mendelsohn’s full surgical transition occurred in 2013. Today, she is in a relationship, and together they are raising a 2-year-old son, who Mendelsohn describes as the light of her life. She has also reconciled with her 3 adult children, who continue to call her Dad.

By thepridela May 14, 2016
in FEATURES, TRANS HEALTH
Related Posts